Southampton weather update today: The forecast shows that a large part of the day will remain 'partly sunny' with a light shower in the afternoon

Incessant rain washed out the opening day of the much-anticipated World Test Championship final at the Rose Bowl in Southampton, however, the weather forecast remains positive for at least the first half of the second day of the summit clash.

"Saturday 19th looks largely dry for Southampton," said a spokesperson for the UK Met department. "But there is a strong signal for heavy rain on Sunday and Monday. The rain won’t be continuous, but most areas will probably see heavy rain at times during the two days."

WTC Final: Why Team India is unlikely to change their XI despite present Southampton conditions

The forecast of Southampton weather shown by Accuweather clearly shows that the weather is expected to remain partly sunny from 10 AM local time until 2 PM local time followed by a light shower in the afternoon. 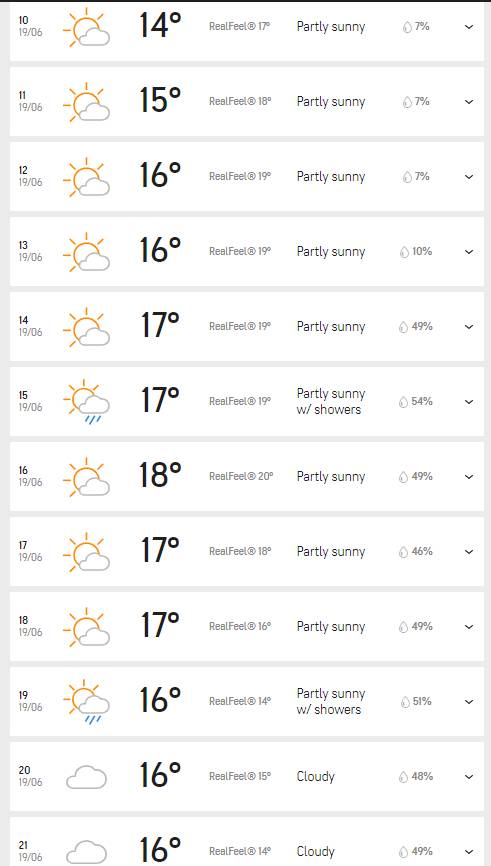 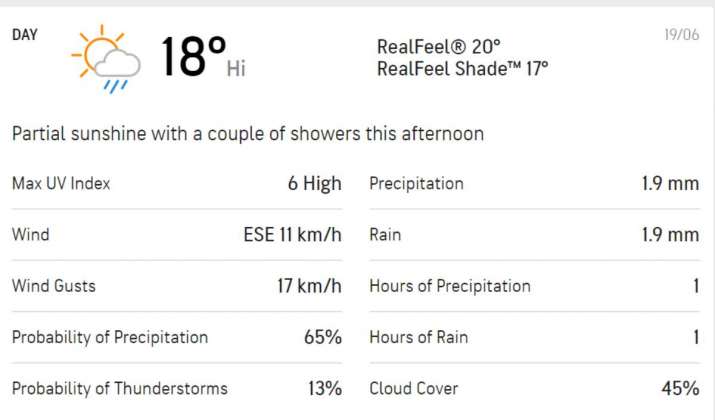 Despite day 1 being washed out, the presence of a reserve sixth day mitigated the frustration.

Day 2 hence will witness the toss for the summit clash and each day will likely have 98 overs.

India's fielding coach indicated that the team is likely to stick with the playing XI announced on the eve of the contest.

"I think the XI which has been announced is the XI that takes the pitch and conditions out of the equation. I think it is an XI that can play and perform on any given surface and in any given weather conditions. So that is what I believe this XI is all about which we have put on the park," he said. New Zealand are yet to name their XI