Where did India lose the ODI contest against New Zealand?

India couldn't defend 347 and 296 in the first and the last games respectively, and could not chase 273 in Auckland, one of the smallest international venues. And these came despite their biggest gain through the series - a middle-order core in KL Rahul and Shreyas Iyer.

Since 1987 in Sri Lanka, India were never whitewashed in a bilateral ODI series of three or more matches. Hence, India were never part of a dead rubber in such contests. Since March 2019, India did not lose a bilateral series across formats, their latest accomplishment being a 5-0 historic T20I series win in New Zealand. Yet, despite their achievements over the last year, no matter the format, and their domineering standards, Virat Kohli's India on Tuesday slumped to their first bilateral ODI whitewash in 22 years against a New Zealand side that did not Trent Boult, Lockie Ferguson and Matt Henry forming the pace lineup, skipper Kane Williamson was out for the first two matches, while Mitchell Santner missed the second game.

India couldn't defend 347 and 296 in the first and the last games respectively- now the top-two totals successfully chased by a team against the Men in Blue - and could not chase 273 in Auckland, one of the smallest international venues (one down the track measures 48 metres while the square boundaries are of 65 and 63 metres). And these came despite their biggest gain through the series - a middle-order core in KL Rahul and Shreyas Iyer.

The powerplay overs are one of the most crucial overs for any team in a limited-overs game. And India have been consistent with their wicket-taking abilities with the new ball with fielding restrictions. Even in their previous tour to New Zealand, Indian attack had consistently taken two wickets in the powerplays across the five-match series allowing New Zealand only twice to sneak past the scoring rate of 5 runs per over. However, India have gone wicketless in each of the three games in this series against New Zealand with the opposition scoring at 5.7 runs per over.

Not just with the ball, India even missed the powerplay trick with the bat as well. In their last series in New Zealand, they scored around 40 runs on an average in the powerplays, well less than the recently-concluded series where they averaged 56. But India's dismissal rate was 1.6 in the last series and was 2.3 this time around. On the other hand, New Zealand lost their first opener at around the 15-16th over in the three matches with the partnership averaging 94.66, comprising even a century stand which came in the final tie.

India, however, lost their openers at - 7.6 overs in the first ODI, 1.6 overs in the second ODI and 2.3 overs in the third ODI - averaging only 26.33 with one half-century stand which came at the Bay Oval. One might hence rightfully say, that India dearly missed Rohit Sharma at the top, who has been averaging at 66.40 overs the last two years with 2656 runs in 46 innings, contributing to 22.8 per cent of India's run tally in the period. Moreover, Virat Kohli, the one India heavily rested their hopes on all three occasions after quick dismissal of the brand-new opening pair, incurred a bad tour. He scored only 75 runs in three innings with one half-century score - his worst score in a bilateral series as a skipper. 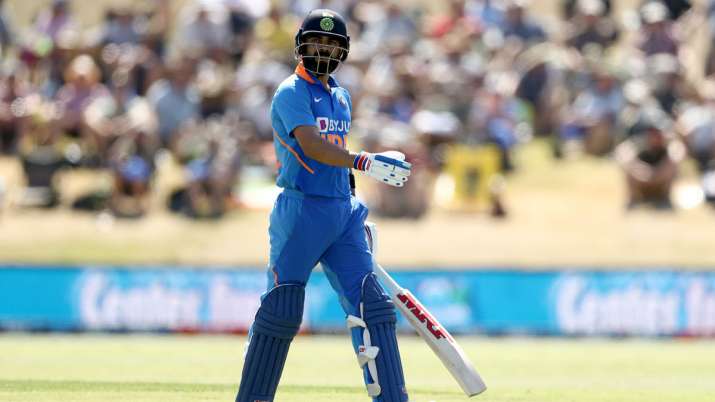 And India's struggle came against a Kiwi attack, that featured a second-string combination in Hamish Benett, Blair Tickner, Kyle Jamieson and a struggling Tim Southee.

There were a couple of stats on Bumrah and his ineffectiveness post-injury return, that kept making rounds after the series concluded in Mount Maunganui. And there are two aspects to that stat - one, in the six ODIs he has played in 2020 Bumrah averages 287 while picking only one wicket; two, he has an economy rate of 5.10.

Starting with the second one, the figure doesn't reduce his effectiveness in the ODI format, although it has been higher than his career average ER (4.55) and that in 2019 (4.62 from 14 games). He started the year in the Australia ODIs where he registred an economy rate of 7.14, but came back stronger with figures of 3.20 in Rajkot and 3.80 in Bengaluru. And in the New Zealand series, his average ER was 5.56. However, the factor that he is going wicketless in those five of those matches, as stated by the first statistic, raises a concern. 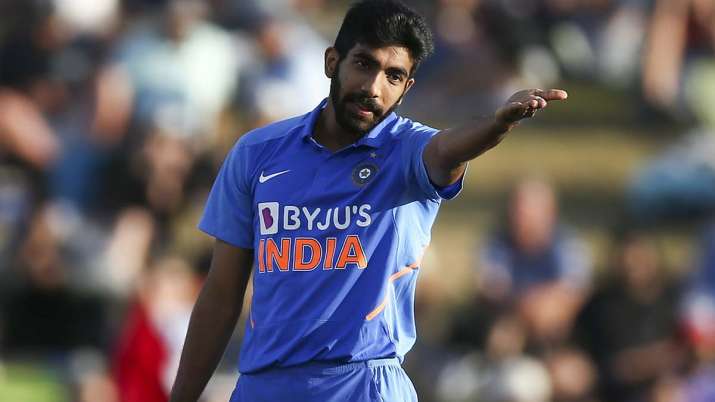 Moreover, New Zealand had shown "adaptability", a factor stated by Martin Guptill during the T20I series, in handling the Bumrah factor, which was witnessed in the 3rd T20I where Kane Williamson and Ross Taylor approached with a pre-meditated plan against his deliveries. The same was seen in the ODI series where Guptill had an aggressive approach towards Bumrah with the new ball as he scored 43 runs off 36 balls in the series against him.

On the contrary, his economy rate also signifies that batters have a more conservative approach against him and rather prefers to milk runs off the other end. An ER of 5.30 in the opener and 5 in the third game doesn't imply a slump in his form. It only means that batters have found a way of keeping him wicketless, but gaining runs off other bowlers.

With the powerplays going wicketless for India, the weight of pulling things back in order fell largely on the spin combination of Ravindra Jadeja, Yuzvendra Chahal (last two games) and Kuldeep Yadav (first ODI). 15 wickets were picked by India in the middle overs (11 to 39) across the three matches of which the spinners accumulated 8 wickets while three were via run out. In fact, the Indian spinners fared better than their pace counterparts and better than New Zealand spinners, throughout the series.

Indian bowlers were also poor in the death overs compared to the Kiwi attack. Barring the first match where they conceded 55 while picking three wickets, India recorded 1/78 and 0/77 in the next to games. New Zealand, on the other hand, had a poor death-over number in the first game (1/111), but came back strong registering 3/62 and 3/79 in the final two ties.

Prior to the series, Indian top-order contributed to 63.66 per cent of India's run in ODIs over the last two years with 31 centuries and 33 fifties. The middle-order contributed 31.56 per cent of the runs with only one century since the beginning of 2018. The New Zealand series witnessed a massive role reversal as the top-order lineup, that featured Mayank Agarwal, Prithvi Shaw and Kohli, managed 23.1 per cent of India's run with only one fifty, while the middle order amassed 66.46 per cent of the runs with two centuries and five fifties. And key elements of this middle-order has been Iyer at No.4 and Rahul at No.5 who together scored 421 runs and five fifty-plus scores. 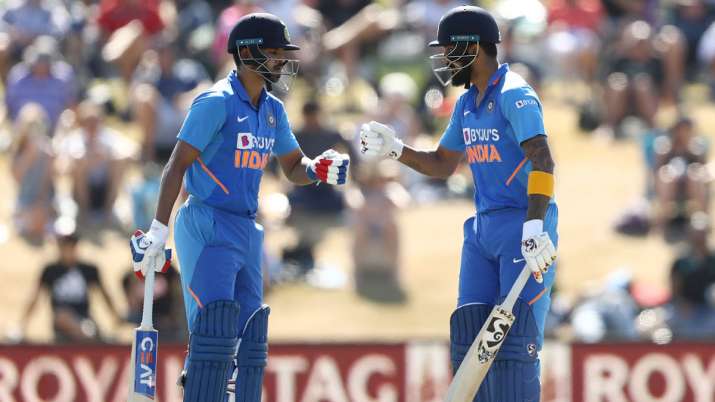 The New Zealand top-order, on the other hand, averaged 143 in the series and that was followed by the Ross Taylor factor who scored 194 runs in the series while being dismissed only once. In fact, the share of runs by the middle and top order was almost equal -- 49-45 -- on an average in the series with both departments managing four fifty-plus scores each.

It was a massive opportunity for Mayank and Prithvi to make an impact in the batting lineup in the absence of Rohit and Dhawan. But while Mayank scored 36 runs at 12 an average, Prithvi amassed 84 runs at 28. None failed to provide that impetus at the start of the innings, as India lost quick wickets in the powerplays.

But the factor that has largely affected India the most is the absence of Hardik and the balance he provided to the playing XI. Shivam Dube was looked at as his alternative, but a poor T20I outing in New Zealand forced Kohli to bring in Kedar Jadhav for the first two matches, although he was not used as India's sixth bowling option. Moreover, he struggled with the bat in the second game scoring nine runs off 33 deliveries. In the final game, India brought in Manish Pandey who ably supported Rahul en route to his 112 at the Bay Oval with his knock of 42. However, India are still left with five bowling options which has led to India relying on Shardul Thakur for his pinch-hitting down the order, when he is going at an average ER of 7.58 in 51 overs in 2020.