'Mahi nahi maar raha hai...' And it is now a headache for India

MS Dhoni's approach against England in the last 5 overs was heavily criticised as India lost to England by 31 runs at Edgbaston.

Shocking. Baffling. Appalling. 'What is going on?'

These were the reactions across the world when Mahendra Singh Dhoni and Kedar Jadhav decided to run ones and twos and nudge the ball around while the scoreboard read 15 runs required per over against England. Shocked by the turn of events, Nasser Hussain and Sourav Ganguly, who were on commentary duties, had no words to describe what they were seeing. Ganguly, who one could say single-handedly changed how Indian cricket was played since the turn of the century, looked disheartened...almost as if he wanted to go out there and do something about...but, there was no way out until the game closed and India lost by 31 runs.

2019 World Cup: Virat Kohli breaks another record in his 66-run innings against England

CWC 2019: Results could have been different if we were clinical with the bat, says Kohli

MS Dhoni's inability to strike the ball once again was there for everyone to see and with him on Sunday, was Kedar Jadhav, who once said 'Mahi Bhai jo bolte hai, mai ankh bandh karke karta hoon' [Whatever Dhoni says I do it eyes closed]. Jadhav's words if remembered is extremely disturbing in the context because he nudged the ball around with nonchalance and rotated the strike while Dhoni on the other end, looked to do the same with the odd hoik coming out of nowhere for a six on the first ball of the 50th over -- the first of the innings in a run chase of 338. Dhoni finally connected the pull shot but it was five overs too late and India were down and out to a resurgent and aggressive England team.

Dhoni's game has changed over the years. From the destroyer, who emerged on to the scene with wavy hair that wooed President of Pakistan Pervez Musharraf in Lahore 13 years ago to the grey-haired elder statesman of the team playing his fourth and final World Cup, who takes time to settle...Dhoni has evolved as a cricketer but as time flies, the batsman in him is struggling with every passing game. No longer someone, who can get the ball rolling from ball one, Dhoni relies heavily on his backfoot to score his runs but on Sunday, he struggled there too and what was even more shocking was the lack of intent to do something about it. He was not timing them one bit but instead of going for the big shots, Dhoni continued to nudge the ball around and look for singles and that piled the pressure on Hardik Pandya, who eventually fell for a fighting 41 in the 45th over and you knew India's hopes were over. 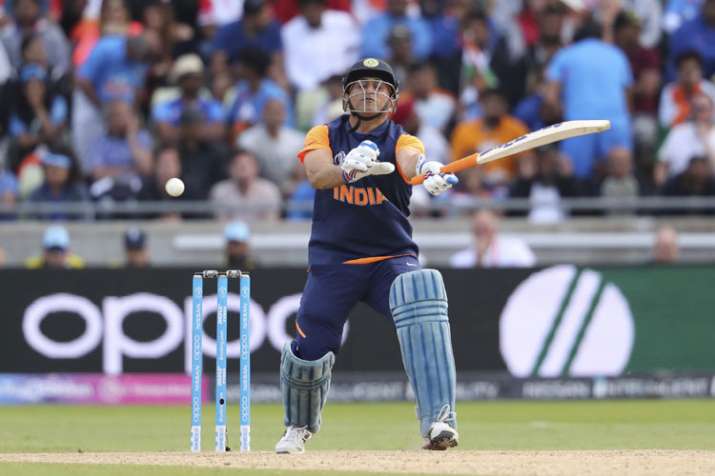 Virat Kohli continues to back MS like a captain should but Dhoni's continuous inability to finish big on a consistent basis has reached to a point of no return after Sunday and that is putting enormous pressure on the likes of Pandya and a No.4 that keeps changing. After Hardik's dismissal, India needed 71 off the last 5 overs and under Dhoni's command, India managed 38 -- 20 singles, 3 fours, 1 six.

Dhoni's strategy of taking the game to the end has worked for him but now in Blue, it has failed him time and again and there's nothing that is being done to change it. At a time when sixes are the need of the hour, the amount of focus given to singles looks the complete opposite to Kohli's strategy of attacking cricket.

Dhoni's strike-rate has dropped over the years when playing for India but the same cannot be said when he is playing for Chennai Super Kings. MS strikes them at 137.85 and finishes games off in style but for India, he has struggled to hit anywhere near that mark on a consistent basis, thus, putting pressure on the others to do the bulk of the scoring. Kohli keeps saying that Dhoni's presence at the crease and idea helps the team to decide what to do and how to do but after Sunday, if his tactics are not questioned, you have to think and ask why to the captain. At a time when India needed only boundaries, Dhoni stuck just two fours and one six and remained not out on 42 off 31 balls as India lost by 31 runs. 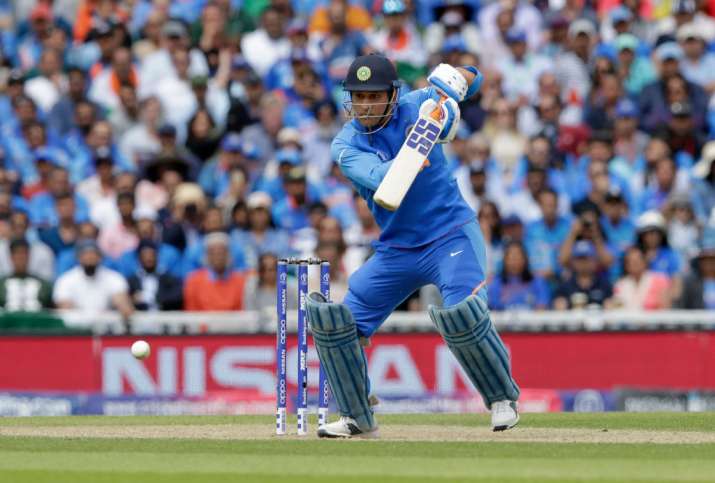 At 37, you feel it is not easy to play with the swagger but if the same man can do it in the IPL, what changes in international cricket? The Dhoni of Sunday looked in no man's land. His struggle against spin has been well documented over the last couple of years but against pace, he remains one of the most lethal strikers. But, he failed to do that as well. The situation at Edgbaston was the perfect set up for a Dhoni finish but his approach has left everyone asking the same questions all over again.

Dhoni is not working down the order for India and a call needs to be taken soon if India aspire to win the World Cup. Negativity around a team is never good publicity but when Dhoni, the seniormost player's approach towards a game is like a quitter, questions will be asked and the management will need answers soon.

India despite the loss look good to go through to the semis but as the tournament gets into the business end, certain points need to be ironed out with Dhoni's struggle being one of them.