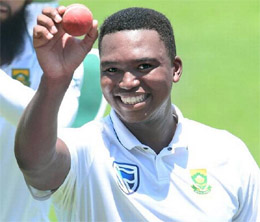 At almost two-metres tall and hitting speeds of well over 140kph, Ngidi has emerged as one of the most exciting fast bowling prospects in the world. Handed a debut in T20s in 2017, he went on to win the man of the match tag in his first T20 and Test match. With premiere fast bowler Dale Steyn battling injuries and the subsequent retirement of Morne Morkel, Ngidi is fast emerging as one of the pillars of the Proteas attack. In combination with Kagiso Rabada, the duo is expected to set the world on fire in the coming years.