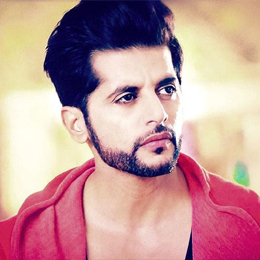 Karanvir Bohra is a television and film actor. He is also a producer and fashion designer. Karanvir is known for his works like Kasautii Zindagii Kay, Dil Se Di Dua... Saubhagyavati Bhava?, Shararat, Naagin 2 and Qubool Hai. In 2018, Karanvir participated in Bigg Boss 11. He has also worked in films like Kismat Konnection and Mumbai 125 KM.

Karanvir Bohra took to his Instagram and wrote, "My lil dolls @twinbabydiaries you are 5 today and I can’t express in words the joy you both have brought in our lives… I can never imagine you girls becoming all big and mature…. For me you will always be these 2 lil puddings.

Late Sidharth Shukla's mother Rita Shukla and sisters Neetu, Preeti in his remembrance have organised a special prayer meet, the details of which were divulged by Karanvir Bohra. The special meditation and prayer will take place at 5PM today that will be organized by BK Yogini Didi. The 40-year-old actor passed away on Thursday due to a massive heart-attack.

On their 14th Canadian wedding anniversary, Teejay Sidhu shared a picture with her husband Karanvir Bohra in a cotton nightie, while the actor shared a glimpse from their marriage. Not just the photos, but also their witty captions caught everyone's attention. The adorable Television couple is proud parents to three daughters namely Bella, Vienna and Gia Vanessa Snow.

Television's popular actor Karanvir Bohra surprised her fans with an adorable picture of his newborn on Valentine's day. Karanvir shared a black and white picture of him holding his daughter in his arms.

Karanvir Bohra slams trollers accusing him of wanting boy; says 'We were praying for healthy baby'

Karanvir Bohra slammed the trolls who accused him of wanting to have a baby boy. The actor said all they wanted was a healthy baby.

Karanvir Bohra is these days in Canada with wife Teejay Sidhu and their adorable twins Bella and Vienna. Just yesterday, he announced the good news of her daughter's arrival with an adorable video and now he has shared a fresh picture on Tuesday. In the same, their daughter can be seen sleeping on his chest.

Television actor Karanvir Bohra and wife Teejay Sidhu have become parents to a baby girl. The duo are parents to twin baby girls namely-- Bella and Vienna. Taking to Instagram, the actor announced the good news for his fans alongside a caption that featured his girls welcoming their baby sister.

Karanvir Bohra celebrated his twin daughters Bella and Vienna’s 4th birthday with his wife and family in an intimate gathering.

TV personality Teejay Sidhu, who is currently expecting her third child, has opened up on how she is being called too skinny while being pregnant. Taking to Instagram, Teejay posted a picture flaunting her baby bump, and requested all expecting mothers to love their maternity body.

TV actor Karanvir Bohra surprised his fans on his 37th birthday as he and wife Teejay Sidhu announced their pregnancy with a bunch of adorable pictures. Taking to Instagram, Teejay shared a picture in which she is seen flaunting her baby bump.

With his first guest being co-actor Mandana Karimi, Karanvir Bohra has a stellar line-up for the upcoming episodes. We hear, Sudhanshu Pandey, Karan Wahi, Bharti Singh, are a few names that will be making an appearance on ‘Casino Nights With KV’.

Karanvir Bohra recalls shooting for 'The Casino' in beautiful Nepal

Actor Karanvir Bohra is set for his digital debut with "The Casino". While the show was mainly shot in Mumbai, some parts were filmed in Nepal in the beginning of the year, which Karanvir feels was one of the most beautiful outdoor shooting experiences of the show.

TV actor Karanvir Bohra spotted an error in Ramayan's epic war scene where an extra can be seen dancing instead of fighting. Sharing a video of the same, the Naagin actor wrote, "I had to post this and we used to think, what an epic war they created, just like Game of Thrones".

Karanvir Bohra excited about his web show 'The Casino'

Karanvir Bohra's The Casino is the 10-episode series which tells the story of a rich yet humble boy, Vicky, who is the heir to his father's multi-billion-dollar casino.

With the nationwide lockdown shutting out domestic help access from homes, many television stars such as Vijayendra Kumeria, Rohitashv Gour, Arjun Bijlani and Karanvir Bohra are ensuring that the responsibility of household chores does not fall solely on their wives.

Karanvir Bohra was reportedly stopped at the Delhi Airport during his travel to Nepal for not carrying the required documents.