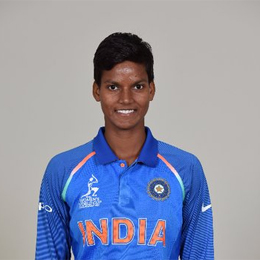 All-rounder from Agra, Deepti Sharma has been a consistent contributor in India's victories in the recent past. In 19 T20Is, she has claimed 18 wickets with her right-arm off-break bowling and made 95 runs at a strike rate of 90.47. However, she has been a bigger star in One-Day International cricket, thanks to her splendid knock of 188 runs against Ireland in Potchefstroom. With this, she became then second-highest individual scorer in Women's ODIs.