There was one face that caught the attention of the media at the ceremony. Aroosa Alam – Amarinder’s close friend from Pakistan was also present at the occasion.

Captain Amarinder Singh was on Thursday sworn-in as the 26th Chief Minister of Punjab. This is the second time that the 75-year-old has taken charge at the helm of affairs in the state.

However, there was one face that caught the attention of the media at the ceremony. Aroosa Alam – Amarinder’s close friend from Pakistan was also present at the occasion.

While Amarinder Singh has always maintained that and he and Aroosa are just friends, rumour mills have been abuzz with tales of them being closer to each other than what they publicly maintain.

Unconfirmed reports suggest that in 2007, Captain Amarinder Singh gifted a house worth Rs 10 crore to Aroosa Alam in Pakistan during his tenure as Punjab CM.

It is also rumoured that during his tenure as Punjab CM, he had introduced Aroosa to the then Indian Ambassador in Pakistan, Shiv Shankar Menon. At that time, the UPA government was in power at the Centre and Amarinder had introduced her to Menon during his Pakistan visit.

It is believed that it was using the influence of Menon that Aroosa got a multi-entry special visa of India, which is obviously a rare privilege for a Pakistani journalist.

In 2005, after the matter of their friendship started grabbing the limelight, Aroosa visited India several times and she had even claimed publicly that she is a friend of Amarinder.

Aroosa was also present at the event of the launch of Amarinder Singh’s biography ‘The People’s Maharaja’, written by Khushwant Singh. It may be worth mentioning here that the author has devoted a small chapter in the biography to her. 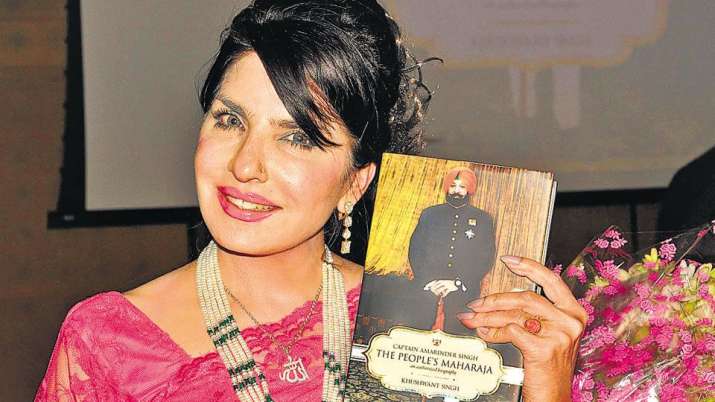 After the event, Aroosa said that she is aware of the buzz she generated whenever she appeared in public with her friend, Captain Amarinder Singh.

“My relationship is a big issue even back home, I think he (author Khushwant Singh) has handled it very wisely,” she was quoted by Hindustan Times as saying.

A journalist, Aroosa has two sons – elder Fakhr-e-Alam, 41, is a celebrated TV host and singer, while the younger one is a barrister in Dhaka.

In a 2010 interview with a radio channel in Canada, Alam said she was particularly impressed with Amarinder’s simplicity and “aankh ki sharam”.