83 out of 90 newly elected MLAs in Haryana are crorepatis. Here's their net worth

Haryana Assembly has its 90 newly appointed MLAs and a report by Association of Democratic Reforms shows that 83 out of them are crorepatis. Here is a detailed analysis of financials of the newly appointed Haryana MLAs. 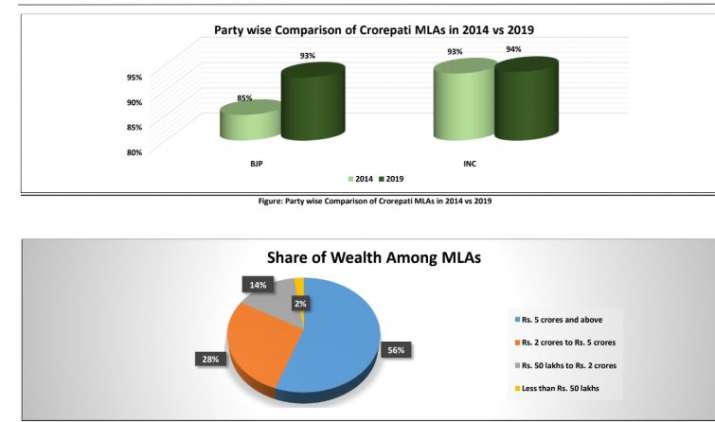 Balraj Kundu of Rohtak was the richest MLA with total assets worth over ₹ 141 crores followed by Kuldeep Bishnoi from Hisar with ₹ 105 crore and the controvercial Gopal kanda comes in at third with ₹ 95 crores.

Panipat's Balbir Singh is the MLA with least total assets worth over ₹ 40 lakh followed by Satya Prakash of Gurgaon with ₹ 45 lakh and Praveen Dagar of Palwal with ₹ 57 lakh.