A.A.K. Niazi had signed the instrument of surrender in 1971, which paved way for India's victory in the Indo-Pak war. The 13-day event was also known as the Bangladesh Liberation War.

Not many are aware that the Pakistani prime minister hides his last name ‘Niazi’, as the surname reminds the country of the humiliating defeat it faced in the 1971 Indo-Pakistan war. The war had led to Pakistan's disintegration and later paved the way for the creation of Bangladesh.

What hurts Pakistanis the most is that Lieutenant General Ameer Abdullah Khan Niazi had surrendered his Army issue .38 caliber revolver to the then Eastern Army commander Lt Gen Jagjit Singh Aurora on December 16, 1971.

A.A.K. Niazi had signed the instrument of surrender in 1971, which paved way for India's victory in the Indo-Pak war. The 13-day event was also known as the Bangladesh Liberation War.

Amir Abdullah Khan Niazi, popularly known as A.A.K. Niazi or General Niazi was a former lieutenant-general in the Pakistan Army and the last Governor of East Pakistan. He was known for commanding the Eastern Command of the Pakistan Army in East Pakistan (now Bangladesh) during the Eastern and the Western Fronts of the Indo-Pakistani war. Niazi had surrendered to Lieutenant General Jagjit Singh Aurora (GOC-in-C) of the Eastern Command and the Bengali Liberation Forces on December 16, 1971.

Niazi held the area responsibility of defending the borders of East Pakistan from India and was held morally responsible by authors and critics within Pakistan's military for surrendering the Eastern Command. 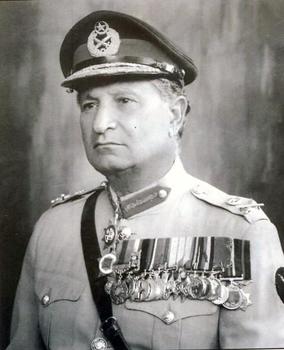 Why did A.A.K. Niazi surrender?

Niazi faced a panicking situation when he saw the Indian Army soldiers crossing the borders and advancing towards Dacca. He became frantically nervous when Indian Army successfully penetrated the defence of the East. Niazi's military staff further regretted for not heeding the intelligence warnings issued earlier in a compiled report by K.M. Arif, the military intelligence official in Niazi's staff.

Niazi ultimately blamed Lieutenant-General Tikka Khan of turning the East Pakistanis hostile towards the Government of Pakistan and the creation of the Mukti Bahini. Major accusations were also directed toward Lieutenant-General Yakob Ali Khan, Admiral S.M. Ahsan and Major-General Ali for aggravating the crises but General Niazi had to bear most responsibility for all that happened in the East.