This Indian monument has survived a massive earthquake and struck by lightning twice! Can you guess its name?

There’s one such monument that has managed to survive a massive earthquake in 16th century and has been struck by lightning twice.

Indian monuments have never failed once to surprise us with their architectural marvel and extraordinary strength. Most of the historical monuments of India have been time tested by earthquakes, floods, storms, etc since centuries to be precise. But fortunately, none of them have went into oblivion.  Thanks to the fabulous technology our ancient artisans had, that the monuments are standing straight with pride for us to look at our glorious past. There’s one such monument that has managed to survive a massive earthquake in 16th century and has been struck by lightning twice.

Can you guess its name?

It’s none other than Delhi’s Qutub Minar. This simple brick-minaret is visited by thousands every year and there are ample reasons behind it. This amazing wonder of architecture has survived the massive earthquake that happened in India in 16th century. This earthquake is said to have cleared off 30 per cent of Nepalese population at that time. 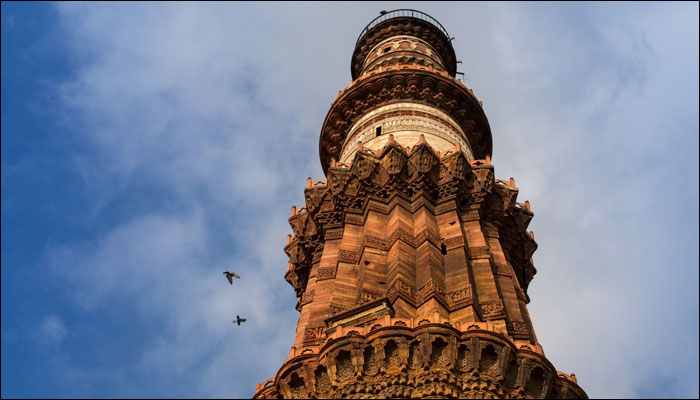 Also Read: Amazing Fact: Do you know the secret behind Statue of Liberty’s colour is? Here it is

This wasn’t all. The beautiful monument was struck by lightning twice. In 1368, the topmost floor of the Qutub Minar was damaged and was re-built by Firoz Shah Tughlaq. It was again in the 14th century that lightning struck this historical monument.

The brick minaret was built in three stages by three different rulers. First storey of the Minar was built by Qutab-ud-din Aibak, Shams-ud-din Iltutmish built the next three storeys and finally, Firoze Shah Tughlak built the final and fifth story. Standing with a height of 73 meter, Qutub Minar is World’s Tallest Brick Minaret in the world.