If you are super excited about the grand finale of the reality show Bigg Boss OTT (Over The Top), here's everything you need to know including details regarding when, where, and how to watch the Bigg Boss OTT finale.

Bigg Boss OTT, the online version of the controversial reality, is all set to close the curtains with its grand finale this weekend. Hosted by popular filmmaker Karan Johar, BB OTT has been streaming on Voot for the last five weeks. Now that the contestants including Divya Agarwal, Shamita Shetty, Raqesh Bapat, Nishant Bhat and Pratik Sehajpal have reached the final week, fans are excited to watch who will lift the trophy. Two weeks after Bigg Boss OTT grand finale, the reality show will switch to TV as Bigg Boss 15 on 3rd October, hosted by superstar Salman Khan. Like all other finales, the BB OTT finale will be a grand event with special guests and performances by the contestants. There is also a possibility of mid-week eviction since all the contestants have been nominated for the last week.

If you are super excited about the grand finale of the reality show Bigg Boss OTT (Over The Top), here's everything you need to know including details regarding when, where, and how to watch the Bigg Boss OTT finale. 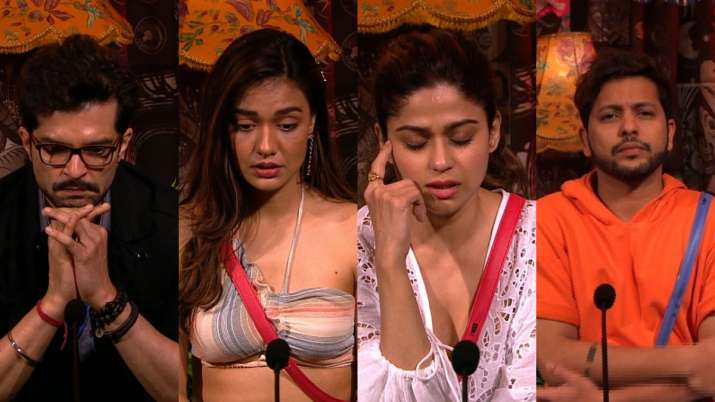 When and where to watch Bigg Boss OTT live?

Bigg Boss OTT grand finale will be streamed online on the video streaming platform Voot select at 7 pm. You need to have a Voot Premium subscription in order to watch the finale on your screens. It will be hosted by Karan Johar.

The winner will get the Bigg Boss OTT trophy which is beautifully designed. The makers haven't still announced the prize money for the winning contestants but going by the buzz, it will be around Rs 55 lakhs.

Bigg Boss OTT: What to expect?

Architect-actor Riteish Deshmukh, who was last seen in 'Baaghi 3' with Tiger Shroff and Shraddha Kapoor, and his wife Genelia will share the spotlight with the host Karan Johar on the grand finale night. The Deshmukhs are likely to announce the winner (or winners), who will the get an opportunity to move on to Salman Khan's 'Bigg Boss' house.

Bigg Boss 15 will premiere on TV on 3rd October at 9 pm. Hosted by Salman Khan, the show will air at 10:30 pm from Monday to Friday and the Weekend Ka Vaar will air at 9 pm on Saturdays and Sundays. It is said that the public's votes will decide who from the Bigg Boss OTT house qualifies to participate in BB15. Those who will be selected will compete with other selected and wild card contestants for the BB15 trophy.