Naagin 3 and Yeh Hai Mohabbatein actress Anita Hassanandani is said to be rehearsing for over 14 hours a day for Salman Khan's dance-based reality show Nach Baliye 9.

Naagin 3 and Yeh Hai Mohabbatein actress Anita Hassanandani is neck deep busy with her upcoming dance-based reality show Nach Baliye. The actress has already shot for the premiere episode of the Salman Khan’s show which will air this weekend and now she has begun her rehearsals for her next performances. Anita Hassanandani is known for juggling between projects very smoothly. The actress was doing two most popular show on TV – Yeh hai Mohabbateina nd Naagin 3, at the same time and her fans loved her in both the show. Now that Anita Hassanandani has devoted her time to Nach Baliye, she is making sure that she is the best at it.

Anita Hassnanadani is said to be rehearsing for over 14 hours a day for Nach Baliye 9. There is no denying that Anita is already a good dancer but the level of the show has gone so high that she is giving all the time in the world to it and compete with such strong competitions. Anita was a;lso approached for the show in earlier seasons but the actress couldn’t participate because of her other commitments. Talking about the same, she told TOI, "I always wanted to be a part of Nach Baliye. There's a right time for everything and I think this was the perfect time for me to take up this show. It took me many years to convince my baliye (partner) to do this show. Apart from this Naagin 3 just ended and I had all the time in hand. This is a show which needs 100 per cent focus and I now have all the time."

Anita Hassanandani is undoubtedly the most popular face on TV. That may be the reason that she is also the highest paid celebrity on the reality show. Reportedly, Yeh Hai Mohabbatein actress is getting paid Rs 30 lakh per episode which has upset one or two other contestants as well. Anita Hassanandani was even asked about her paycheck as well as the show, she told TOI, "I wouldn't know that because I don't know how much others are getting paid, but I am really happy with what I am getting." 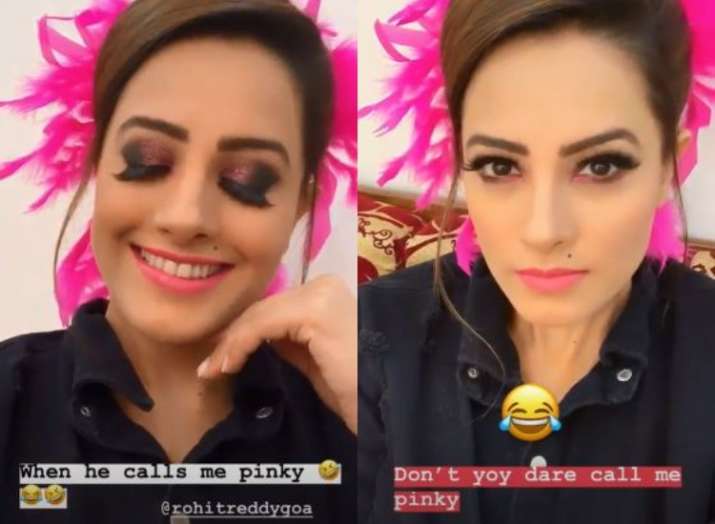 On the other hand, Nach Baliye 9 will witness popular TV celebs like Vishal Aditya Singh, Shantanu Maheshwari, Aly Goni, Urvashi Dholakia and others. The show will be hosted by Maniesh Paul after Sunil Grover and Jennifer Winget stepped out. It will air on television from July 19.