2015: A year filled with biopics on athletes, actors and singers (view pics)

New Delhi: After giving stirring biopics on Paan Singh Tomar, Milkha Singh and Mary Kom in recent years, Bollywood is now gearing up with as many as six more biopics on athletes, actors and singers

New Delhi: After giving stirring biopics on Paan Singh Tomar, Milkha Singh and Mary Kom in recent years, Bollywood is now gearing up with as many as six more biopics on athletes, actors and singers in 2015. Here is the list of the upcoming biopics we will get to see next year.

MS Dhoni: The first look of the biopic over the cricketing sensation Mahendra Singh Dhoni is already out and Sushant Singh Rajput who displayed the sports spirit in Kai Po Che looks completely transformed into Dhoni's avatar.

To be helmed by Special Chabbis and upcoming Baby director Neeraj Pandey, the flick is also reported to have Alia Bhatt as Dhoni's wife Sakshi. This clearly is one of the most awaited movies as it's been just few years and Dhoni's remarkable journey is fresh in one's wit.

Mohammad Azharuddin- To be directed by Kunal Deshmukh, the biopic on India's former cricket captain will feature Emraan Hashmi in the lead role. According to a leading daily, Emraan will have three different looks for this biopic which will go on floors from January 2015.

Dhyan Chand- The life of the three-time Olympic gold medalist hockey legend Dhyan Chand will be painted on big screen. Producer Karan Johar has taken over the rights to make the biopic and while Shah Rukh Khan has turned down the rumours of playing the athlete in the movie, Ranbir Kapoor is the most probable actor being looked forward for the lead role. 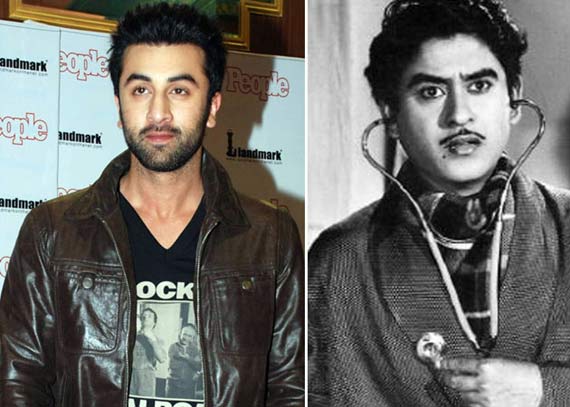 Kishore Kumar- The multi-talented Kishore Da's biopic will be helmed by Anurag Basu and once again it is going to be the Kapoor scion Ranbir to essay the role. Expressing the joy over it, Ranbir Kapoor in an interview to a leading daily said, "Everyone knows Kishore Kumar was a great singer and an actor. It's a great opportunity to do a biopic on him. But at the same time it is my duty as an actor to do full justice to my role and the film. It is a huge responsibility.”

MS Subbulakshmi- Vidya Balan, who created sensation by playing the sexy siren Silk Smitha in The Dirty Picture, has been roped in to portray the legendary Carnatic singer MS Subbulakshmi onscreen. The movie will be directed by noted cinematographer and Tamil film-maker, Rajiv Menon.

Sanjay Dutt- The actor's life is filled with numerous controversies and watching it on big screen would be as interesting. His favorite director Rajkumar Hirani has taken up the responsibility to narrate his tale and once again Ranbir Kapoor is the first choice of the director.