The biggest Easter egg in Piyush Goyal’s populist kitty was for individual tax payers. Revising the income slab to give relief to over 3 crore tax payers, the Modi government today proposed a full tax rebate on annual income upto Rs 5 lakhs. Furthermore, the government said that with the right investments, a tax payer can save on paying any taxes on income upto Rs 6.5 lakhs.

Interim Budget 2019: Fiscal deficit to be at 3.4 per cent of GDP this year, says Finance Minister Piyush Goyal

The last budget before 2019 Lok Sabha polls also have provisions for the farmers. Remarking that government is committed to fulfill the promise of doubling the farmers’ income by 2022, Piyush Goyal announced the Pradhan Mantri Samman Nidhi. Under the new scheme the Central government will gve Rs 6,000 to small and marginal farmers. 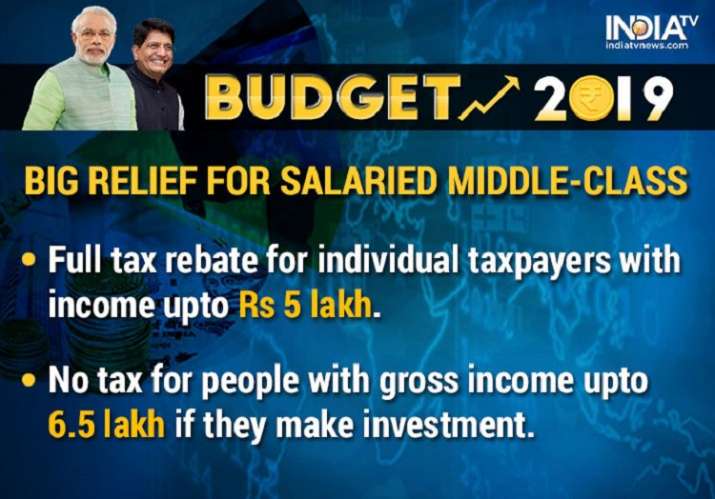 Farmers affected by severe natural calamity will get 2 per cent interest subvention on all rescheduled crop loans and additional 3 per cent on timely repayment.

For labourers, a pension scheme is being launched called Pradhan Mantri Shram Yogi Mandhan, to provide assured monthly pension of 3000 rupees per month, with the contribution of 100 rupees per month. The scheme will benefit the workers in unorganised sector after 60 years of age. Pension scheme for unorganised sector workers to be implemented from this fiscal and will help42 crore people, the minister said in his Budget speech.

For the middle class, the finance minister said that a group of minister Ministers is examining how prospective house buyers can benefit under Goods & Services Tax (GST) to further reduce the tax burden. 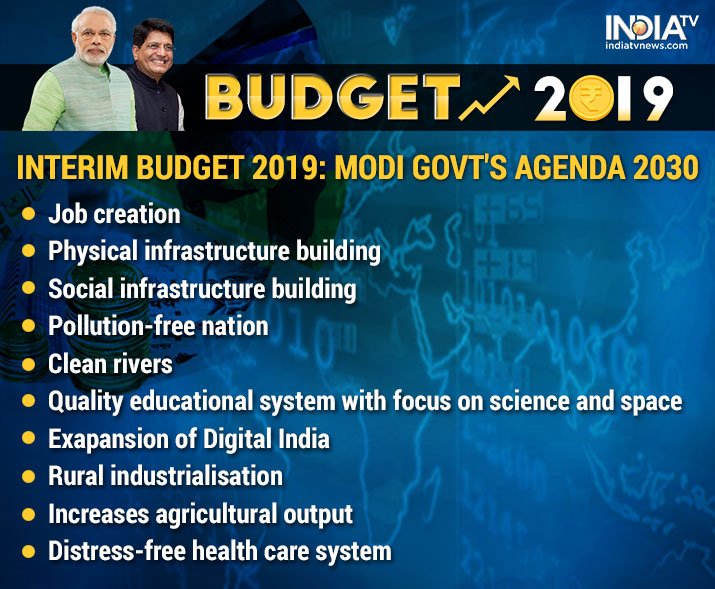 For the media industry, a single window clearance for film-making will be made available to Indian film-makers, anti-camcording provision to be introduced to Cinematography Act to combat privacy.

For the rural infrastructure development, the government has allocated Rs 19,000 crore in 2019-20 under Pradhan Mantri Gramin Sadak Yojna. The minister further said that in next five years, the government aims to create at least one lakh digital villages.

The government also announced the establishment of the Rashtriya Kamdhenu Aayog, a commission which will work to enhance the welfare and productivity of cows. 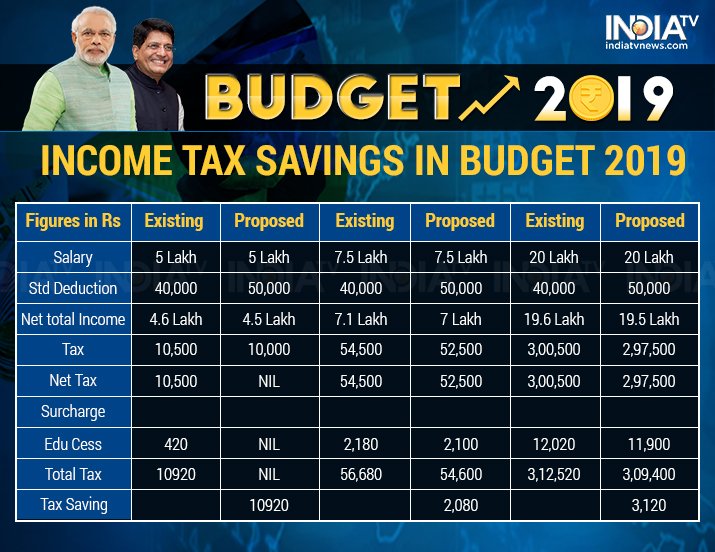 The finance minister also announced the establishment of an AIIIMS in Haryana under the Ayushman Bharat Yojna. The minister said that at least 10 lakh patients have been treated so far under the Modi government’s universal health care scheme.