Samsung’s fashion and lifestyle centric Samsung Galaxy Z Flip3 5G is here and here's why it makes a lot of sense.

The smartphone segment had seen innovation come to a grinding halt for the last several years. Foldable smartphones have come as a breath of fresh air to the segment, rekindling the flame of ingenuity. Samsung has been leading the charge in that area, with the company having two foldable phones available in the global market.

Today, we’re going to look at Samsung’s fashion and lifestyle centric Samsung Galaxy Z Flip3 5G. If you’ve been put off by the price tag or the novelty factor of foldables, this is the phone that’s most likely to change your mind. Here’s why.

The Samsung Galaxy Z Flip3 5G houses a foldable 6.7-inch display and that really is at the centre of its entire build, design and ergonomic story. The display folds onto itself, reducing the vertical footprint of the phone and all you’re left with is something half the height of your credit card. This might not feel like much, but in the last few days that I’ve been using the Flip3 5G, it's definitely a refreshing change.

The form factor isn’t just about being small, but it also makes the phone very light. Yes, you are dealing with a device that is now thicker, but it does feel more convenient in the pocket than other flagships like the Samsung Galaxy S21 Ultra or even the Apple iPhone 12 Pro Max. 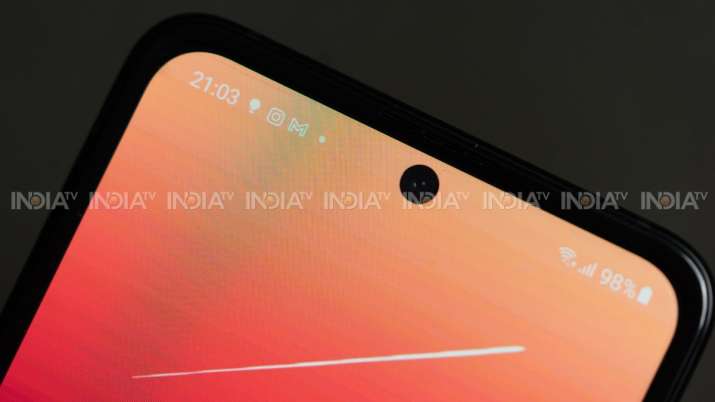 Once you pull the phone out of your pocket, you use the side-mounted fingerprint sensor to unlock it. Its convenient to reach with your thumb and your index finger, as is the volume rocker just above it. I hardly found myself confusing the two. When the phone is open, the 6.7-inch display feels narrow, but expansive in its height. The display has a plastic top-layer, and typing on it does feel different, but it is in no way a bad or inferior experience in comparison to, say, tapping away on the display of an iPhone.

Taking a closer look at the frame of the Flip3, we notice that this isn’t an edge-to-edge display and for very good reason. This little metal frame around the display is what allows you to “flip” the phone open with your nails if needed, and also provides the display with the protection needed from unnecessary pressure. Samsung calls the frame material Armour Aluminium, but I honestly did not have the heart to test the company’s claims about its durability. The back of the phone is also a pretty neat. The bottom 3/4 of the phone is smooth metal while the top quarter is black glass. This glass panel is also where you find the dual 12-megapixel cameras. 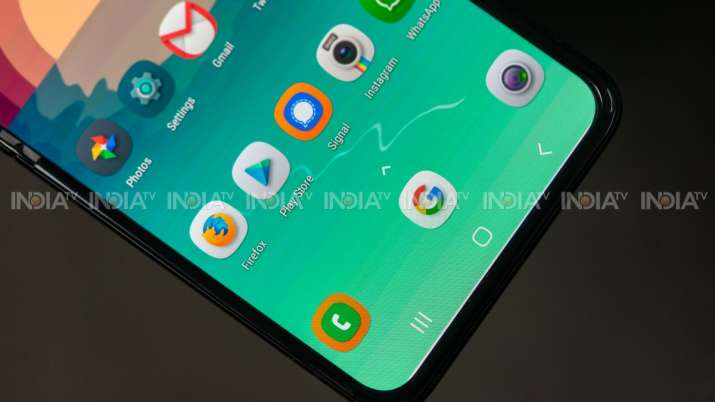 Last, but not the least, the phone is also IPX8 rated. This means the phone can stay in up to 1.5 meters of water for up to 30 minutes. The phone is definitely not resistant to damage brought on by dust, which is a little worrisome given that Delhi, and other cities in India generally tend to be dusty.

The Samsung Galaxy Z Flip3 5G houses a 6.7-inch Super AMOLED display with a resolution of 1080x2636 and a 120Hz refresh rate. This may be a foldable display, but it is in every way competitive to the modern-day flagship displays as you'd expect it to be. It's vibrant with rich colours and impressively good daylight visibility. If I had to really criticize something about the display, it would be the rather plastic-like feel you get when swiping your fingers across the display. Maybe we’re just too used to glass to accept this experience in the first go. 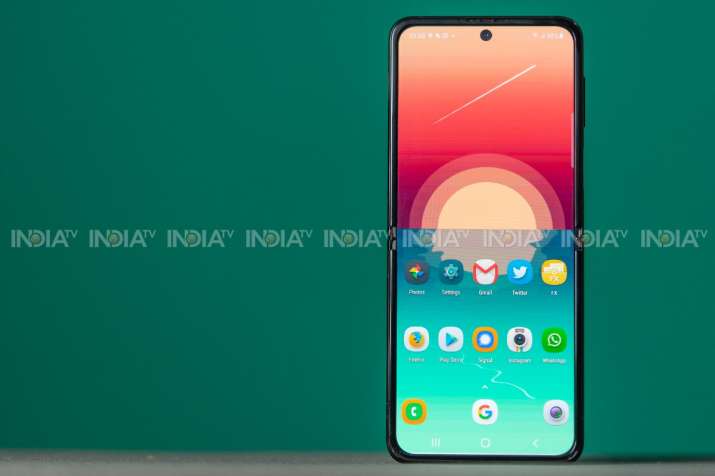 The main display isn’t the only one you find on the Flip3. The outer display from the original Flip has received a major upgrade. It is now much bigger and more importantly, extremely functional. You can finally see your notifications properly on here, although you still can’t respond to them. There are now interactive widgets too, the most important one being music. On the previous Z Flip, it used to be too annoying to have to open the phone every time the music track had to be changed. Now you can control all that right from the secondary display. My favourite feature, however, is being able to use the outer display to take selfies using the primary camera, which does yield much better photos, but that’s for another section.

Overall, the primary 6.7 inch display leaves no complaints whatsoever. Yes, there is a slight crease where the phone folds, but you’d hardly be able to tell its there when you’re watching a movie on it or working. You do feel a slight bump while scrolling, but that’s it. The outer display is perfectly functional for the purpose its meant to serve; let you interact with notifications, serve up important updates and let you change your music. No complaints here either honestly.

The Samsung Galaxy Z Flip3 5G houses three cameras in total. There are two at the back and one placed at the top centre of the main display. The rear cameras are both 12 megapixels, with the primary camera sporting an aperture of f/1.8 while the ultra-wide camera has an aperture of f/2.2. You might take a look at these specs and say Samsung dropped the ball, but that would not be a true statement.

I was actually quite surprised by the results coming out of the primary camera. Samsung is of course using a tried and tested sensor-lens combo here. Sure it's not a 48 or 64 or 108MP sensor, but the Flip3 isn’t big enough to even house camera modules like those. So given what it packs, the output is definitely impressive. The daytime shots are 100% social-media worthy and you wouldn’t feel underwhelmed by any means. When shooting indoors or in low light, the ultra-wide-angle camera is the first to start faltering, with noise becoming visible quickly.

While the camera output from the Flip3 5G is very much reliable, and even flagship-grade, it is not leading in this domain in any way. In fact, on my review unit, the camera app had a little bit of shutter lag, but the reason it's not such a big deal is because this can easily be fixed via a software update. Unfortunately, between receiving the review unit and publishing this review, there’s been no such update.

One of the reasons we’re not going to focus too much on the 10MP front-facing camera is because you can use the 12MP primary camera to take selfies. The secondary display allows you to see the frame, but due to its awkward aspect ratio, you don’t see the actual frame the sensor is capturing. Samsung really needs to fix this.

This is something you’re all going to love. This time, Samsung is bringing its flagships powered by the Snapdragon 888 SoC. That’s right, the Samsung Galaxy Z Flip3 5G is powered by the Qualcomm SoC and not Samsung’s own Exynos. There’s also 8GB of RAM, plenty to help you cut through the most intense gaming sessions or work tasks. 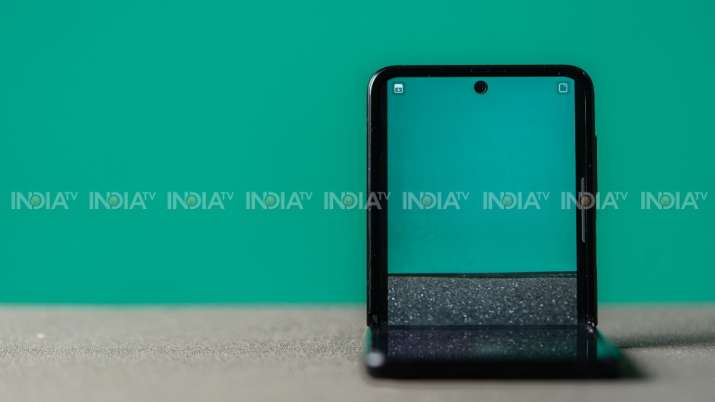 Frankly, this isn’t a phone you run benchmarks on, because this isn’t the phone for those wanting “cutting-edge” performance. However, what I can tell you is that after using the phone for about a week as my sole daily driver, there’s hardly any performance hiccups. While the SoC and RAM do a lot of the heavy lifting to make this happen, Samsung’s OneUI also plays a major role.

It is amazing how well Samsung has adapted OneUI for the foldable form factor. You can prop the phone with the display half open and it knows how to reposition windows. A browser window will flow seamlessly while the camera app will automatically switch to a dual window mode; with the top half showing you the preview and the bottom half having all the shooting controls. The Edge panel continues to be one of OneUI’s strongest points, allowing you access to your most-used apps in just a swipe. It's also a clever way to have more apps at your fingertips without cluttering up the home screen.

In just a week of using the phone, it's obvious that the Flip3 5G isn’t playing around. This is a phone with serious performance, which can handle COD Mobile and heavy PowerPoint presentations with equal ease. However, this is not the phone for productivity fanatics, but instead for the style-conscious. If you’re looking for a productivity solution, the Galaxy Fold3 5G might be more your type.

The 3300mAh battery in the Samsung Galaxy Z Flip3 5G might not sound like a lot, but it manages to get you through the day with heavy use. I was able to clock a little over 4 hours of SoT, allowing the phone the last the whole day. While this in itself is okay, what’s really bothersome is the pitiful 15W peak charging speed. I would not even call this fast charging in today’s times when other brands are hitting 65W.

It takes almost two hours to top up the Flip3, but what’s worse is that if you’re ever in a pinch, you don’t have the luxury of a “quick top-up.” Charging the phone for 10 minutes when it's at 10 per cent battery wouldn’t get it even to 15 per cent, so do keep a spare battery pack, and your patience handy.

The Samsung Galaxy Z Flip3 5G comes as a much-refined smartphone in comparison to its competitor. With a price of Rs 84,999 for the 8GB/128GB model, I can see why it makes for a compelling package. Up until now, foldable smartphones have always commanded an unjust premium, and the Flip3 seems to break away from that tradition somewhat. It packs the right SoC, cameras that deliver great images, and a design that’s become synonymous with style. Where it lacks, however, is with respect to the battery, which could have not only been larger but could have also supported a faster charging standard.

Nevertheless, it's very likely that if you buy this phone, you’re going to love every minute you spend admiring and using it.