Amazon Prime Day Sale 2020 is scheduled to kick off on August 6 and will go on throughout August 7. Here's a list of interesting gadgets that will be up for grabs.

Amazon is gearing up for the big day, the 2020 Prime Day Sale. It is the company’s most important day of the year as they offer plenty of discounts and attractive deals on a wide range of products including smartphones, tablets, laptops, TVs, audio products, fashion accessories and much more. Apart from that, the e-commerece giant will also bring some newly launched products on the sale day. Here’s everything you need to know about the upcoming Amazon Prime Day sale.

When is the Amazon Prime Day sale?

Amazon Prime Day sale is scheduled to kick off on August 6 and will go on throughout August 7. During the sale, the e-commerce giant will offer discounts and offers on both existing as well as newly launched products. To access the sale, just head over to the Amazon.in or open the Amazon app on your Android or iOS smartphone.

Amazon created a dedicated page for the upcoming sale weeks prior to the Prime Day 2020. According to the page, the e-commerce giant will be bringing exciting discounts on the Apple iPhone 11 as well as the iPhone XS. With bank offers, the consumers will be able to grab the iPhone 11 for as low as Rs. 60,000.

Apart from that, Amazon will also be offering discounts on OnePlus devices including the OnePlus 7T, OnePlus 7T Pro as well as the OnePlus 8 series. OnePlus 7T, which usually hovers at around Rs. 37,999, will be available at Rs. 35,999 during the Amazon Prime Day sale.

Besides, we are expected to see offers and discounts on Apple AirPods, Apple Watch and other smartphone accessories and wearables.

Moreover, Samsung’s last year flagship Galaxy S10 will also get a heft discount along with great exchange offers. The e-commerce giant is also expected to offer a discount on the Xiaomi Mi 10 as well as Xiaomi’s new Mi Laptop. There will also be discounts and offers on mid-range and budget-oriented smartphones including Oppo F15, Vivo V19, Honor 9X, Redmi 8A Dual and Samsung Galaxy M31 among others.

Samsung’s latest lifestyle TV, The Serif will be available at No Cost EMIs starting at just Rs. 2,916. The smart TV will also get a special discount of Rs. 10,000 during the Amazon Prime Day sale bringing the starting price down to Rs. 69,990. 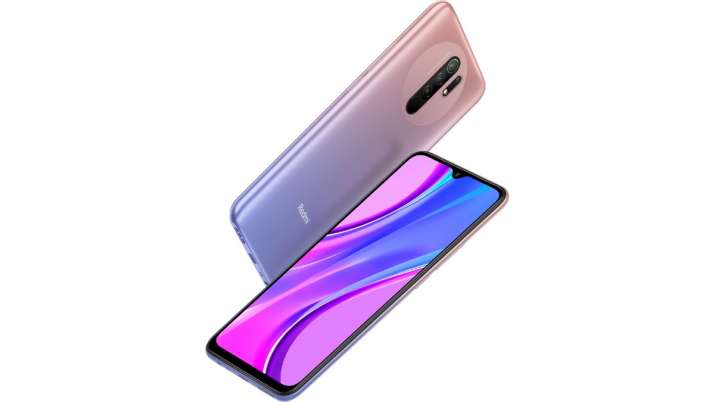 Redmi 9 Prime - Xiaomi’s sub-brand Redmi has just announced the launch of the Redmi 9 Prime smartphone in India. The budget-oriented smartphone offers a fullHD+ display, massive 5,020mAh battery and more for a starting price of Rs. 9,999. The smartphone is set to go on sale for the first time during the Amazon Prime Day Sale.

Honor 9A - Honor recently made a comeback in the budget Android smartphone segment competing against the likes of Xiaomi, Realme and Samsung. Priced at Rs. 8,999, the Honor 9A brings a notched display, massive battery, triple rear camera setup and more. Just like the Redmi 9 Prime, the handset will go on sale via Amazon starting August 6.

OnePlus Nord - OnePlus has recently launched the OnePlus Nord in India. It is a smartphone that brings the company back to its roots offering a great overall smartphone experience at an affordable price. The 5G smartphone will be available starting August 6 at a starting price of Rs. 24,999.

Asus ROG Zephyrus G14 - Asus is bringing yet another gaming laptop to India, the Zephyrus G14. The ROG laptop is not only aimed at gamers but is also made for the more productive people out there. The laptop features a matrix LED on the outer shell giving an attractive appeal to it. It does have some impressive specifications and an immersive bezel-less display.

Hisense 4k Smart TV - Lately, the smartTV competition has really grown with the launch of the likes of Mi TV and OnePlus TV in the budget segment. Now, the Chinese TV manufacturer, Hisense has announced the launch of its all-new smart TV range in India. The company has launched both 4K as well as FullHD based Android smart TVs in the country and they will be available for a starting price of Rs. 11,990 via Amazon.

Shinco Smart TV range - Shinco, the Indian TV manufacturer, has also taken this opportunity to add three new smart TVs to their portfolio. The company has announced the launch of a 43-inch FHD TV and two new 4K smart TVs. While the FHD version will be available at a starting price of Rs. 16,999, the 4K variants will start at Rs. 24,250.

Philips Audio - Philips is launching a new range of audio products including soundbars, neckband style wireless earphones and truly wireless earphones. The product range starts at Rs. 6,999 and goes all the way up to Rs. 16,990.

Alongside these, there will be offers and discounts on other products as well. Plenty of other products including various electronics and gadgets are expected to launch during the Prime Day sale.