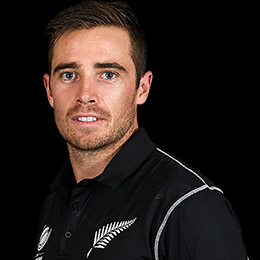 Deadly with the new ball, an outswinger speciality, dangerous with rever-swing on an old ball, Tim Southee is one of New Zealand's greats to come in this millenium. With a vast repertoire of deliveries, Southee has been the Kiwi's main man in all the formats of the game. A regular in Test and ODI cricket, Southee has been a match winner plenty of times for the Kiwis. He rose to fame in the 2008 U-19 World Cup where has was awarded the player of the tournament and immediately made his way into the Test team and played his first Test series against England. A fifer and a gritty 77 saw him as a regular ever since. He has been at the helm in the Kiwis' success many a times. A wily player and a knack to adapt on any given condiiton. He also was on song when he led New Zealand into the finals of the 2015 World Cup. Forming a dangerous partnership with Trent Boult, the duo have been the Blackcaps' leading attack. Southee has been a part of various T20 leagues as well. He has played for Chennai Super Kings, Rajasthan Royals, Mumbai Indians and Royal Challengers Bangalore in the Indian Premier League. Southee will look to impress when India tour's the Kiwis in a limited overs series, getting the vital practice before the 2019 World Cup.

IPL 2022: Tim Southee reveals which KKR cricketer has impressed him the most in IPL 15 so far

IND vs NZ 1st T20I: Taking game to last over was a positive, says Tim Southee 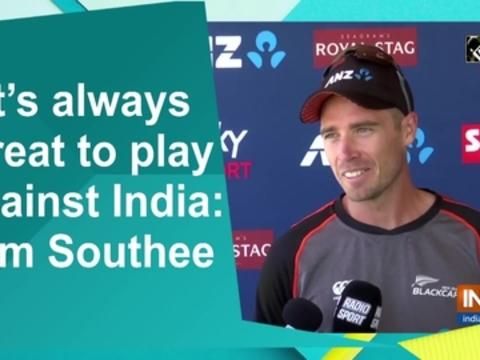 It's always great to play against India: Tim Southee