PM Modi continued with his tradition of sporting a pagdi (turban) or safa during Republic Day celebrations. On 71st R-Day, Modi sported a saffron 'bandhej' headgear with a tail. Here's a look at colourful traditional pagdi's he has sported on R-Day and I-Day celebrations so far during his tenure as PM.

71st Republic Day: Continuing with his tradition of donning colourful turbans (Pagdi or Safa) on Republic Day and Independence Day celebrations, Prime Minister Narendra Modi sported a saffron 'bandhej' headgear with a tail for the 71st Republic Day on Sunday. Wearing his traditional kurta pajama and jacket, Modi paid homage to the fallen soldiers at the newly-built National War Memorial on the Republic Day for the first time instead of the Amar Jawan Jyoti beneath the India Gate arch.

What is a Bandhej?

Bandhej is a print developed using tie and dye method practiced mainly in states of Rajasthan and Gujarat. Modi had sported a multi-coloured turban when he gave his sixth Independence Day speech from the rampants of the Red Fort last year after securing a second term.

Turbans have been a highlight of the prime minister's sartorial choices at Independence Day and Republic Day events. 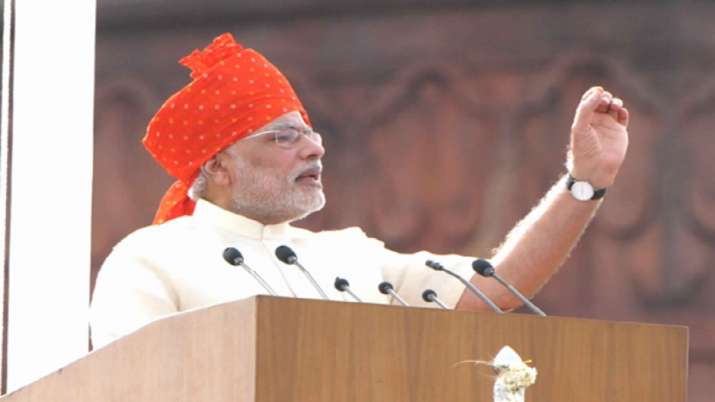 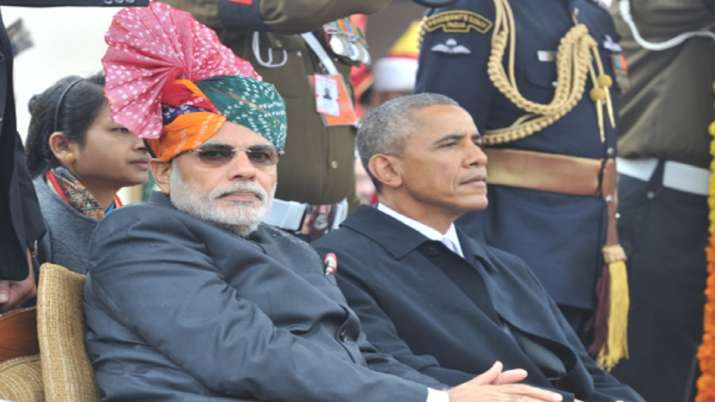 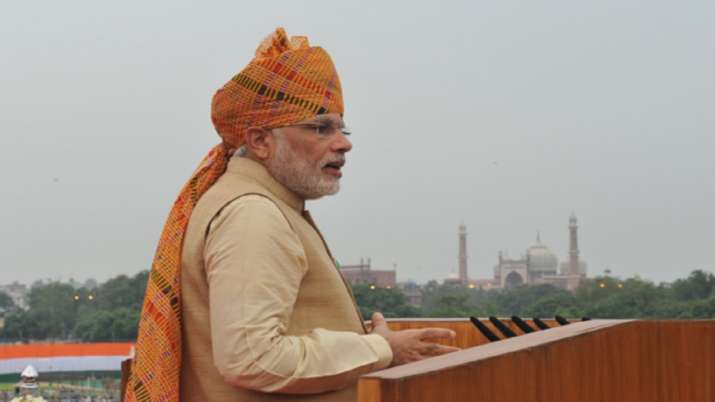 A yellow turban covered with criss-crossed lines in different shades of the same colour, along with a few in red and deep green, marked his 2015 look, and he chose a tie and dye turban in hues of pink and yellow for his appearance at the Red Fort in 2016. 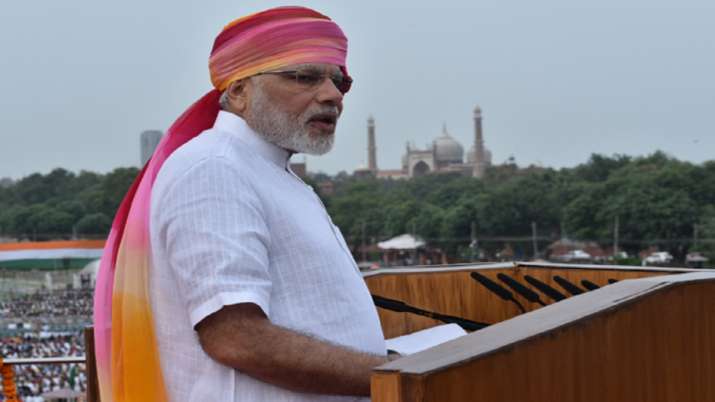 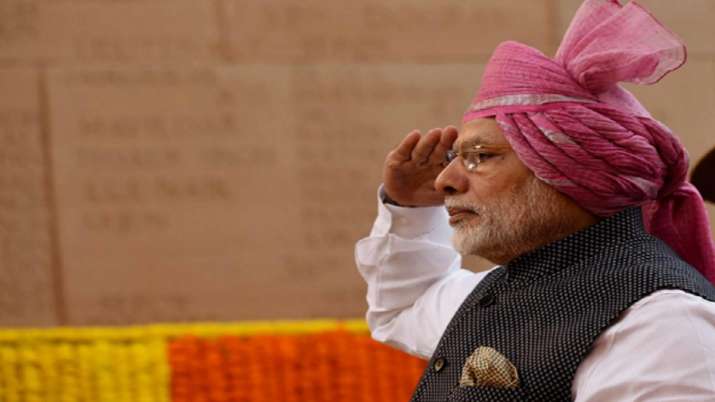 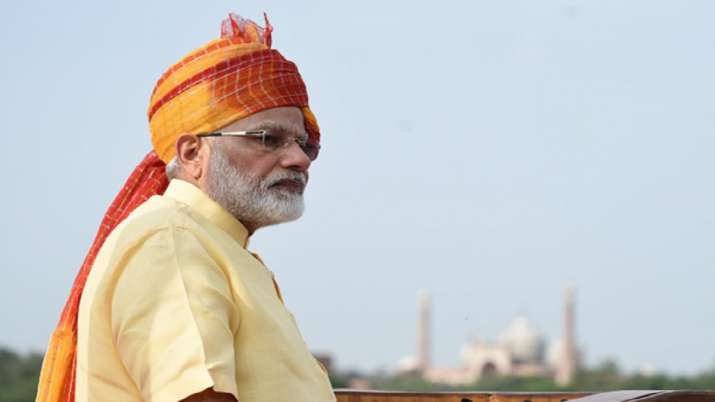 The prime minister's turban for 2017 was a mix of bright red and yellow with criss-crossed golden lines all over it followed by a saffron turban the previous year.

From bright red bandhni turban from Kutch to mustard Rajasthani 'safa', the prime minister has sported varied turbans at his Republic Day appearances too. 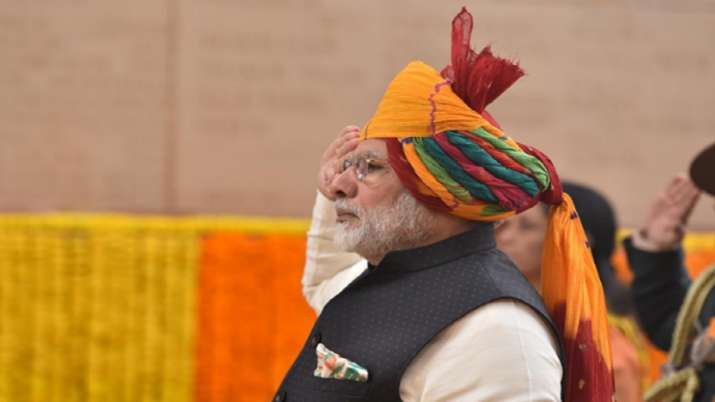 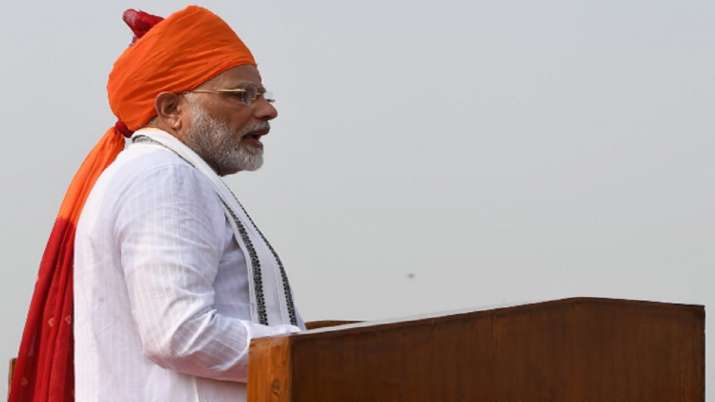 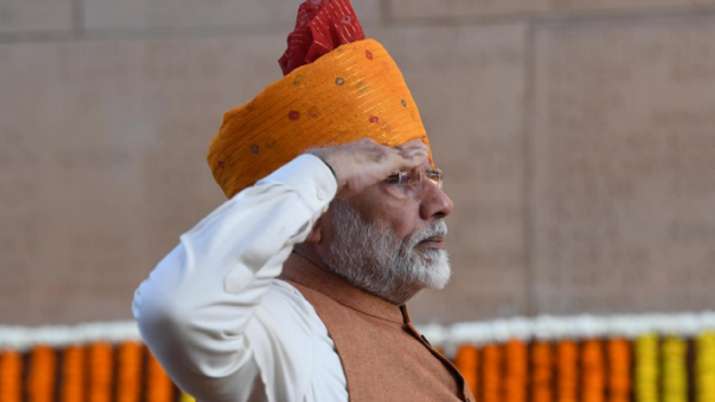 In 2019, he had worn a yellowish orange headgear with a red tail on the Republic Day 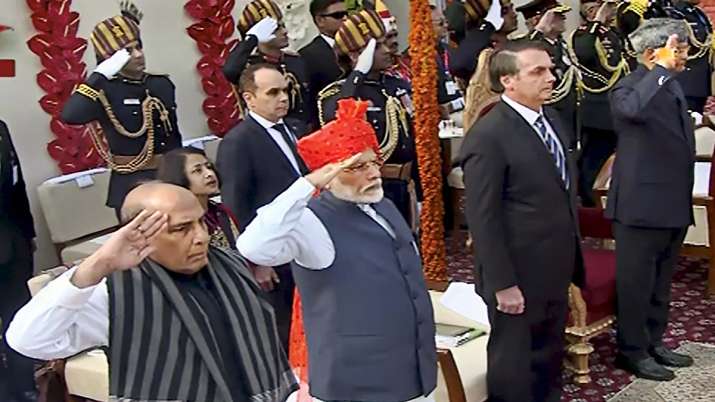 Earlier during the day, Modi paid rich tributes to the martyred soldiers as he laid a wreath at the National War Memorial in New Delhi on the occasion of the 71st Republic Day. He was accompanied by the Chief of Defence Staff Gen Bipin Rawat along with the three service chiefs - Army Chief Gen MM Naravane, Navy Chief Admiral Karambir Singh and Air Chief Marshal RKS Bhadauria.