The national forecasting agency India Meteorological Department (IMD) has issued red and orange alerts for several regions in the state that are set to receive heavy rainfall in the next three days.

The Maharashtra government on Friday announced an ex-gratia of Rs five lakh each to the kin of people who have died in landslides triggered by heavy rains in different parts of the state. A statement from the Chief Minister's Office here said, Chief Minister Uddhav Thackeray, who announced the financial assistance, also expressed grief over the loss of lives.

The statement said landslides have been reported in ten places - Poladpur (2 incidents) and Mahad (1) talukas of Raigad district, one each in Khed in Ratnagiri district, Mirgaon, Ambeghar, Humbhrali, Dhokwale villages in Patan taluka and Kondvali, Mojhejor villages in Wai taluka of Satara district. The injured will be treated in hospitals at government expense, the statement said, without disclosing their figure.

An official in the CMO said as per information received here, 42 people have died in Raigad district and two in Satara district in separate incidents of landslide. Heavy rains since the last two days have caused massive floods in Raigad, Ratnagiri, Palghar, Thane, Sindhudurg, Kolhapur, Sangli and Satara districts.

ALSO READ: 11 rescued from bus before it gets swept away in river in Kohlapur

ALSO READ: Damaged portions of railway line in Konkan to be restored soon

7:14 pm: At least 8 Covid patients have lost their lives in a Chiplun hospital taking the total death toll to 71 in state

6:36 pm | A team of the National Disaster Response Force (NDRF) has rescued 221 persons from Mirgaon village in Patan of Satara district amid heavy rainfall in the region.

5:49 pm | The state government will pay compensation of Rs 5 lakh to the relatives of those who died in the landslide disaster in Maharashtra. All the injured will be treated at government expense: Maharashtra govt


18 teams are currently deployed and 8 additional teams will be deployed in Maharashtra. As many as 32 bodies have been recovered following landslides in Raigad due to excessive rain: Mohsen Shahidi, DIG, National Disaster Response Force (NDRF).

The news of casualties due to excessive rainfall in Raigad, Ratnagiri and Satara districts and other areas of Maharashtra is very sad. May God give strength to his family to bear this loss. I am sure that the relief and rescue operations of the Centre and the state will bring relief to the victims: President Ram Nath Kovind

4:04 pm: At least 32 people were killed in Mahad and 11 in Poladpur, total 43 deaths have been confirmed by Raigad district administration.  As many as 13 people have been pulled out alive by rescue teams.

3:27 pm | According to Ratnagiri district administration, so far 1200 people have been evacuated to safer places. Relief and rescue work is in progress. 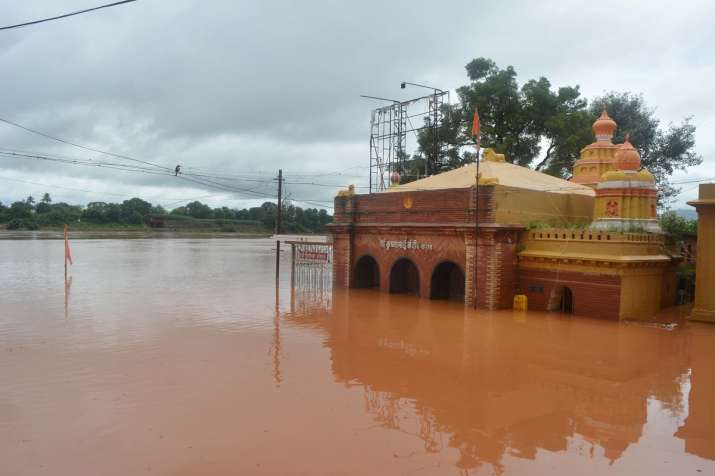 The accident in Maharashtra's Raigad due to heavy rain & landslides is very sad. I have spoken to CM Uddhav Thackeray & NDRF DG SN Pradhan in this regard. NDRF teams are engaged in relief & rescue operations. The Centre is extending all possible help there, said Union HM Amit Shah

"8 people dead, 2 missing and 27 safely rescued in Satara district due to rains," said the Collector 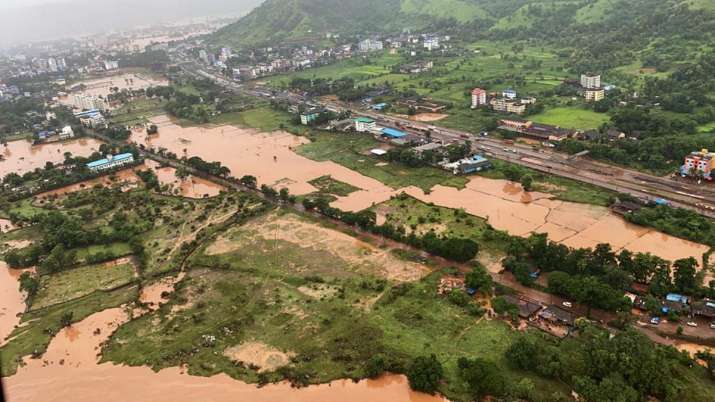 12 people are stuck in Satara in another incident of landslide, and a rescue operation has been launched by the NDRF.

1: 56 pm | So far 44 people died as incessant rain led to devastating floods, landslides across the state

"We are currently focusing on rescue operations. We are taking help from all agencies like Army, Navy and even Airforce," CM Uddhav Thackeray 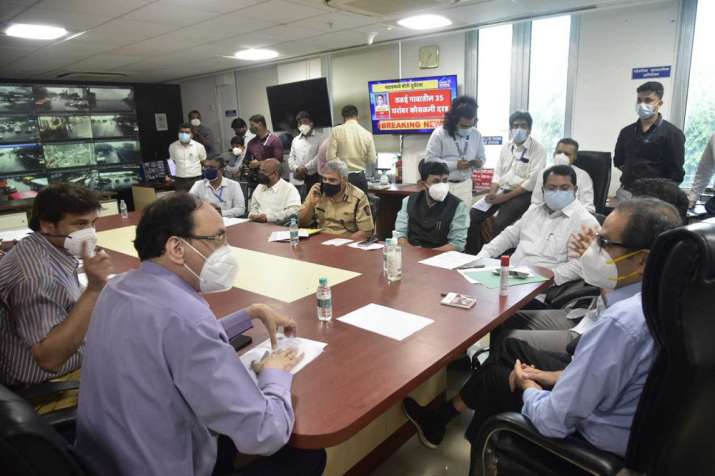 Thirty-six people have died in different landslides incident near a village in the coastal Raigad district of Maharashtra.

"A total of 36 people died in the district due to landslides, 32 of them died in Talai and 4 in Sakhar Sutar Wadi. 30 people trapped," said Nidhi Chaudhary, District Collector, Raigad

Traffic on the Mumbai-Bengaluru national highway got disrupted on Friday after a stretch of road in Belgaum district of Karnataka got inundated, prompting the police in Maharashtra’s Kolhapur to stop the vehicles going to the neighbouring state as a safety measure, officials said. READ MORE

Chief minister Uddhav Thackeray reviewed rescue operations underway in Mahad Taluka in Raigad. Multi-agency rescue operations are being carried out with the help of helicopters, NDRF team, SDRF teams and even local NGO's and fishermen.

"Rescue operations have started in Mahad with the help of teams on foot as well as helicopters. It will be easier for helicopters to spot people and evacuate them if they manage to reach a higher location or get onto the roof of their houses," Maharashtra CM said.

So far: 4 died in Poladpur, 2 in Talai village floods and 5 were killed in landslide incidents

11:39 am | NDRF shifts people from Chikhali to safer locations

National Disaster Response Force (NDRF) teams shifted people, who were stranded in Chikhali, Kolhapur district to safer locations. Several parts of the state are facing floods due to incessant rainfall.

The India Meteorological Department (IMD) warns of “heavy to very heavy rain at isolated places” in Mumbai, Thane and Palghar and has issued an orange alert for Friday.

Airlift of marooned personnel from Raigarh district is also being undertaken. One Seaking 42C Helo from INS Shikra, Mumbai departed for Rescue at Poladpur/Raigad during early morning hours on Friday.

Additional Flood Rescue Teams are being maintained on a high degree of readiness at Mumbai, for immediate deployment, if the need arises, the Navy said.

Based on a request received from the Government of Maharashtra, the Western Naval Command, Mumbai has mobilised Flood Rescue Teams and helicopters to provide assistance to the state administration. Seven naval rescue teams departed by road for deployment to Ratnagiri & Raigad districts on 22 July from Mumbai.

9:28 am | 7 injured, 3 died in after building collapse in Govandi area of Mumbai

8:37 am | Five killed in Raigad landslides and floods

Local Police rescued 15 people, at least 30 people still trapped inside. Four incidents of landslide were reported in Raigad which has blocked the road. Rain has washed away the road to Talai village, which is causing problems, Nidhi Chaudhary, Dist Collector Raigad, Maharashtra told ANI

Maharashtra government has sought help from the central government. Army's help was sought for the people trapped in Mahad. NDRF team is having trouble reaching the affected villages as roads are submerged underwater:  Raigad Guardian Minister Aditi Tatkare

6:48 am | Landslide reported in Talai village