Burari house came in news last year when bodies of 11 family members (7 women and 4 men) were found on July 1. The post-mortem report confirmed suicide. The bodies of all members were found hanging from an iron mesh in the ceiling of the house.

The Burari house in Delhi which is tabooed as haunted now runs a diagnostic centre. The house was in news last year in July after 11 members of a family committed suicide there. The owner of the diagnostic centre said that he doesn't believe in superstitions and moved into the infamous Burari house with family after 'Yagya' and religious offerings.

Commenting on setting up a diagnostics centre at the house, Dr Mohan Singh said, "I don't believe in superstitions. If I have believed in such things I would not have come here. My patients have no problem coming here for the test."

"I have no problem with it, this house is convenient as it is near the road. I am not superstitious", he said.

A Hindu priest, however, was seen offering prayers and doing "Havan" to ward off any evil.

"Pujan is being offered to Gauri-Ganesh. Before the start of any new thing Puja is performed as per rituals. One should not believe in superstition and taboo," said the priest.

Ravinder a local said "What happened, happened. All things are okay now."

"They were very good people and there is no such things like an evil spirit. Their souls have gone directly to heaven," said Suresh, another local. 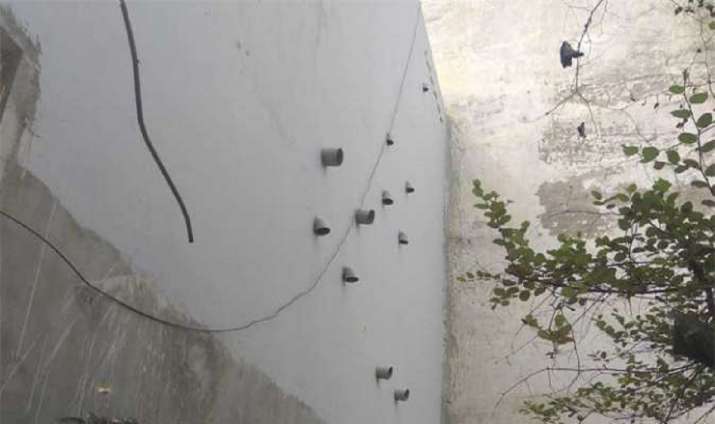 The house came in news last year when bodies of seven women and four men were found on July 1. The post-mortem report confirmed suicide. The bodies of the family members were found hanging from an iron mesh in the ceiling of the house.

Dinesh Chundawat, the eldest son of the Chundawat family whose 11 members were found dead in mysterious circumstances in North Delhi's Burari last year, does not believe that they died while conducting a ritual.

Others who were found hanging were Lalit's wife Tina (42), their 15-year-old son Dushyant and Pratibha's daughter Priyanka, who was engaged just the month before and was to marry by the end of that year.

Body of the eldest member of the family was found lying on the floor in a separate room.

According to a report, the place of the incident was not secluded and the doors were kept open. Narayan Devi's granddaughter Priyanka had also kept work pending for the coming Monday. She had only days before she got engaged and was supposed to get married last year.

A packet of milk was kept in the fridge, probably to be used the next day and Lalit, the youngest son in the family, had recharged the mobile phones of other members a day before the incident.

According to the police, Lalit and his family believed he had visitations from his dead father and that this ritual was being carried out at the father's behest.

Soaked chana dal (black gram) was found in the kitchen, probably kept for the next day's meal. No one was found to be stressed as indicated by the presence of faecal matter (the digested, solid waste) in the large intestine of all the deceased, it said.

Dinesh said his family was not able to mourn properly after the tragedy.

"My sister who stays in Panipat and I have lost everything. It is difficult to forget them. At that time, there was so much media attention and so many things were being written about 'tantriks' and other rumours were being circulated. We have not had the time to mourn our loss," he said.

His daughter Vishakha said she has not even deleted the mobile numbers of her cousins from her phone.

"We used to chat almost on a daily basis and sometimes, I feel an urge to call them but there is no one now. That void will never be filled," she said.

According to the psychological autopsy report of the deceased, the family members did not wish to commit suicide but the deaths happened due to an "accident that occurred during a ritual".

The psychological autopsy reported the absence of intention to commit suicide.

Naveen Batra, a property dealer from the locality who knew the Chundawat family for close to 20 years, said that everything was normal there.

"There were rumours that many residents were planning to shift. That is completely false. I have been living here since 1983. I haven't shifted. Why would we? Just because of a death? Even my father passed away a few years ago, but will we vacate the house for that reason? No."

Also Read | CFSL report says 11 deaths in Delhi not suicide, caused due to 'accident' during rituals​