Expressing grief over the incident, Jharkhand Chief Minister Hemant Soren said, "Law is above all and the guilty will not be spared. The police is investigating the matter." A high-level meeting will be convened to prevent recurrence of such an incident, he said.

At least seven villagers were killed in Jharkhand after they allegedly opposed Pathalgarhi, police said on Wednesday. The incident was reported from West Singhbhum district's Gudri block - an area heavily dominated by naxals.  The villagers were beaten by lathis and then axed to death. Commenting on the casualties, Inspector-General of Police (Operation) Saket Kumar Singh said that the police reached Burugulikera village on Tuesday night after getting information about seven villagers being killed and their bodies dumped in a forest. A panchayat representative was among those killed, he said.

After an overnight search operation, the bodies of the seven villagers were recovered from a forest, four kilometres from the village, he said. Ranchi-based Hindi daily Prabhat Khabar reports that two people are still missing.

There was a meeting over 'Pathalgarhi' movement at the village on Tuesday when a dispute had arisen, West Singhbhum superintendent of Police Indrajit Mahata said.

Following the development, 'Pathalgarhi' supporters had kidnapped the seven villagers, he said. The supporters of Pathaligarhi had allegedly

perpetrated the crime in which lathis and axes were used, the police officer said.

Expressing grief over the incident, Jharkhand Chief Minister Hemant Soren said, "Law is above all and the guilty will not be spared. The police is investigating the matter." A high-level meeting will be convened to prevent recurrence of such an incident, he said. 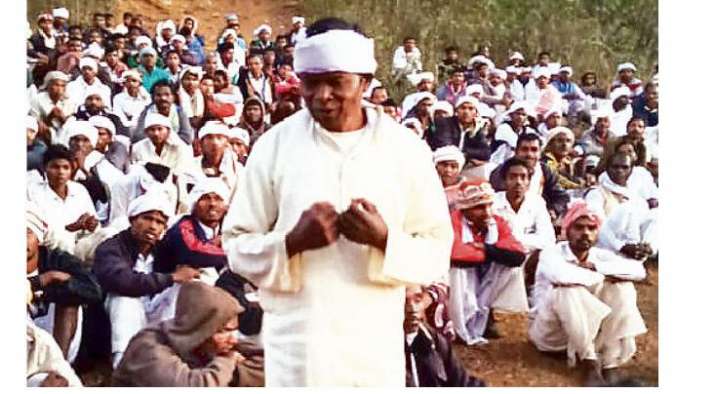 Pathalgarhi means carving a stone it is an ancient tradition in the tribal communities of Jharkhand. The stones signify self-rule by the local gram panchayat, declaring the village as sovereign territory and prohibiting the entry of outsiders into the village.

Pathalgarhi or Pathalgadi is a name given to a tribal protest that seeks autonomy for village sabhas (Gramsabhas). Those demanding Pathalgarhi want no Indian laws to be applicable on the tribal people in the area. Pathalgarhis reject government rights over their forests and rivers.

In the movement, Pathalgarhis erect a stone plaque or signboard outside the village/area that rejects India/state's authority in their villages. The stone signboards have provisions of the Panchayats Extension to Scheduled Areas Act, 1996 (PESA) written on them. Signboards act as a warning to outsiders from entering the tribal area. Khunti and Western Singhbhum districts in Jharkhand have Pathalgarhi signboards in dominance but Pathalgarhis are also spread across the jungles of Jharkhand, Chhattisgarh, Odisha, parts of West Bengal and Madhya Pradesh.