As Ayodhya issue gathers steam, a chronology of the Ram Mandir-Babri Masjid dispute

The Supreme Court's suggestion for an amicable settlement to the Ram Janmabhoomi-Babri Masjid dispute in Ayodhya has yet again rekindled the debate on the subject that has for decades been a religious and political flashpoint.

The Supreme Court's suggestion for an amicable settlement to the Ram Janmabhoomi-Babri Masjid dispute in Ayodhya has yet again rekindled the debate on the subject that has for decades been a religious and political flashpoint.

The observations came after BJP leader Subramanian Swamy moved the apex court seeking an urgent hearing on the issue. Swamy said that it has been over six years and the matter needed to be heard at the earliest. 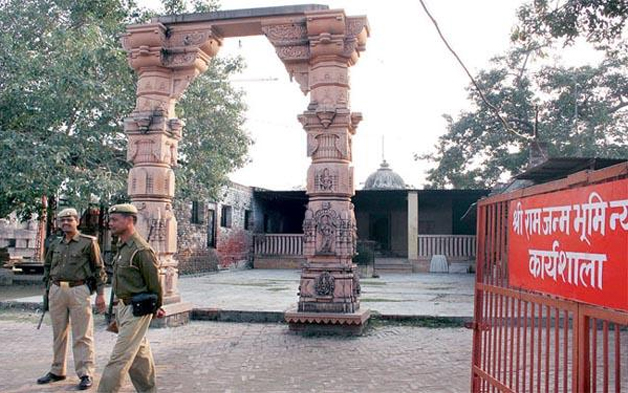 While the SC’s observations have set the stage for the issue to gather momentum, here is a look at the complete chronology of events regarding the Ram Janambhoomi-Babri Masjid dispute:

1853: First recorded incidents of religious violence at the site.

1855: Hindus and Muslims clash over possession of the mosque. There are claims that Sita Rasoi and Ram Chabootara were built around this time.

1859: British colonial administration erects a fence to separate the places of worship, allowing the inner court to be used by Muslims and the outer court by Hindus. 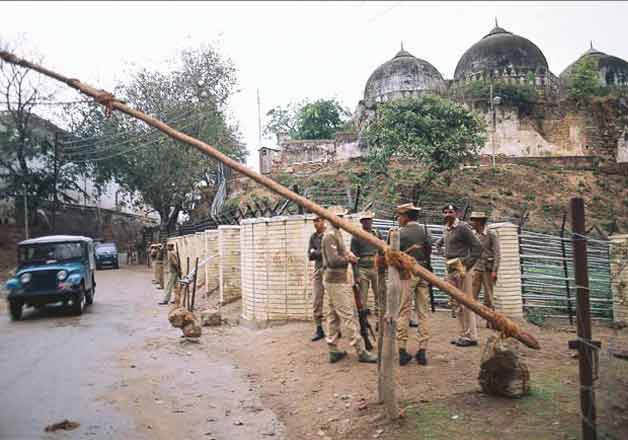 1949: Idols of Lord Rama appear inside mosque allegedly placed there by Hindus. Muslims protest and both parties file civil suits. The government proclaims the premises a disputed area and locks the gates.

1959: Nirmohi Akhara and Mahant Raghunath file a case, claiming to be the sect responsible for conducting puja.

1961: Sunni Central Board of Waqfs, UP, files a case claiming the mosque and the surrounding land was a graveyard.

1984: Hindus form a committee to ‘liberate’ the birth-place of Lord Rama and build a temple in his honour, spearheaded by the Vishwa Hindu Parishad (VHP). Then Bharatiya Janata Party (BJP) leader Lal Krishna Advani takes over leadership of campaign. 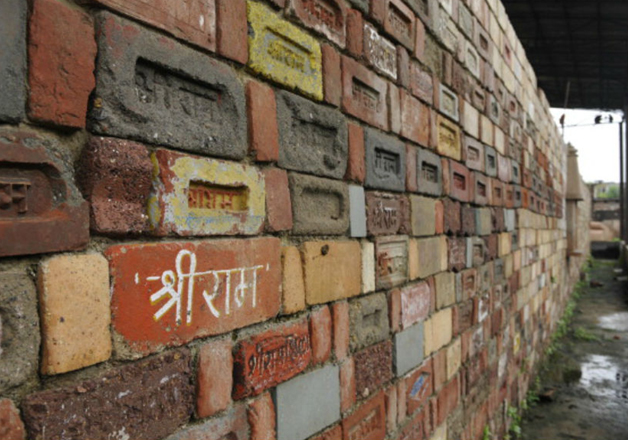 1986: On a petition of Hari Shanker Dubey, a judge directs masjid gates be unlocked to allow darshan. District judge orders the gates of the disputed mosque opened to allow Hindus to worship there. Muslims set up Babri Mosque Action Committee in protest.

1990: VHP volunteers partially damage the mosque. Prime Minister Chandra Shekhar tries to resolve the dispute through negotiations, which fail the next.

1991: BJP comes to power in Uttar Pradesh, where Ayodhya is located.

1992: The mosque is torn down by supporters of the VHP, the Shiv Sena and the BJP, prompting nationwide rioting between Hindus and Muslims in which more than 2,000 people die. 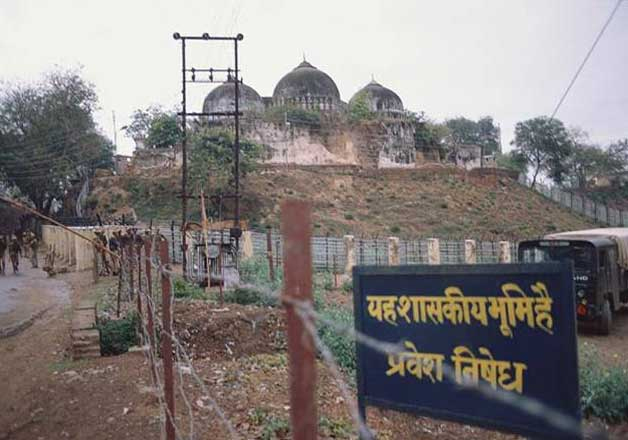 2001: Tensions rise on the anniversary of the demolition of the mosque. VHP pledges again to build Hindu temple at the site.

2002: The High Court directs the Archaeological Survey of India to excavate the site to determine if a temple lay underneath.

Jan 2002: Vajpayee sets up an Ayodhya cell in his office and appoints a senior official, Shatrughna Singh, to hold talks with Hindu and Muslim leaders.

Feb 2002: BJP rules out committing itself to the construction of a temple in its election manifesto for Uttar Pradesh assembly elections. VHP confirms deadline of 15 March to begin construction. Hundreds of volunteers converge on site. At least 58 people are killed in an attack on a train in Godhra which is carrying Hindu activists returning from Ayodhya. 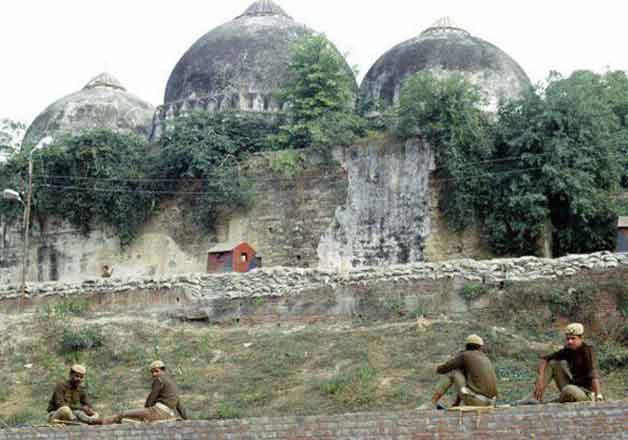 Jan 2003: Archaeologists begin a court-ordered survey to find out whether a temple to Lord Rama existed on the site.

Aug 2003: The survey says there is evidence of a temple beneath the mosque, but Muslims dispute the findings. Vajpayee says at the funeral of Hindu activist Ramchandra Das Paramhans that he will fulfill the dying man's wishes and build a temple at Ayodhya.


Sept 2003: A court rules that seven Hindu leaders should stand trial for inciting the destruction of the Babri Mosque, but no charges are brought against Advani, who was also at the site in 1992.

Oct 2004: Advani says his party still has unwavering commitment to building a temple at Ayodhya, which he said was inevitable.

Nov 2004: A court in Uttar Pradesh rules that an earlier order which exonerated Advani for his role in the destruction of the mosque should be reviewed.

July 2005: Suspected Islamic militants attack the disputed site, using a jeep laden with explosives to blow a hole in the wall of the complex. Security forces kill five people. They claimed that all were militants. The sixth person, who was also killed, was not immediately identified.

June 2009: The Liberhan commission investigating events leading up to the mosque's demolition submits its report. Its contents are not made public.

July 2010: On July 27, the court took the initiative for an amicable solution to the dispute when it called on counsel for the contending parties to go into the possibility. But no headway was made.

Tripathi's plea was opposed by the Akhil Bhartiya Hindu Mahasabha and the Sunni Central Board of Waqfs, which submitted separate replies to the OSD on September 16. Stating that an amicable solution was not possible, they alleged that the application was mala fide.

September 30, 2010: The judgment on the 60- year-old title suit was pronounced by the Allahabad High Court. The three-member bench comprising justices SU Khan, Sudhir Agarwal and DV Sharma ruled that the disputed land be split into three parts.

The site of the Ramlala idol would go to the party representing Ram Lalla Virajman, Nirmohi Akhara to get Sita Rasoi and Ram Chabutara, and the Sunni Wakf Board to get the rest. The court had also ruled that the status quo should be maintained for three months.

December 2010: The Akhil Bharatiya Hindu Mahasabha and Sunni Waqf Board moved to the Supreme Court, contesting part of the Allahabad High Court’s verdict.

May 2011: The Supreme Court stayed the HC order and said that status quo will remain in place. The two judge bench of SC remarked that the HC verdict was surprising as no party wanted a split of the site.

2014: In a landmark win, the BJP led by Narendra Modi storms to power at the Centre.

2015: The VHP announces a nationwide drive to collect stones for the construction of the Ram Mandir. Six months later, in December, two trucks of stones arrive at the disputed site. Mahant Nritya Gopal Das claims there is a green signal from the Modi government that the temple will be built now.

The Uttar Pradesh government led by Akhilesh Yadav says it will not allow the arrival of the stones in Ayodhya for the construction of the Ram Mandir.

February 2016: The Supreme Court allowed BJP leader Subramanian Swamy to intervene in the pending matters relating to the Ayodhya dispute with his plea seeking construction of Ram Mandir at the disputed site in city, which is regarded as one of the seven most important pilgrimage sites for Hindus.

March 2017: The Supreme Court said charges against Advani and other leaders cannot be dropped in the 1992 Babri mosque demolition case and that the case may be revived.

March 2017: The BJP storms to power in Uttar Pradesh with a massive victory.

March 2017: On March 21, the SC said that fresh attempts must be made by all parties concerned to find a solution to the Ayodhya Mandir dispute which is a ‘sensitive’ and ‘sentimental matter’.