If you are a 90s kid, you would remember Bollywood diva Karisma Kapoor for her killer moves in the song ‘Main Toh Raste Se Ja Raha Tha’ and her stellar acting in the film Raja Hindustani.

If you are a 90s kid, you would remember Bollywood diva Karisma Kapoor for her killer moves in the song ‘Main Toh Raste Se Ja Raha Tha’ and her stellar acting in the film Raja Hindustani. The actress has always been known as the dancing sensation of the 90s with a long list of blockbuster songs to her credit. Karisma’s Bollywood career has been full of entertaining movies, especially with Govinda. Her onscreen pairing with Govinda earned her many whistles and accolades from the viewers, however, it was her film with superstar Aamir Khan called Raja Hindustani that made her an overnight sensation.

While Karisma has won one national award and our Filmfare awards and belong to the iconic Kapoor Khaandaan of Bollywood, the actress has had her share of hardships to prove her mettle in Bollywood. While Karisma’s grandfather Raj Kapoor and uncle Rishi Kapoor were a popular name in showbiz, her Bollywood journey was full of ups and down.

Karisma Kapoor began her acting career at the tender age of 17 when she left her studies and debuted with the film Prem Rogi. While father Randhir Kapoor was not in favour of daughter Karisma becoming an actress, mother Babita Kapoor was always supportive of her. Once Karisma set her feet in Bollywood, there was no turning back. The actress gave many blockbusters like Jigar, Anaari, Raja Babu, Coolie No. 1, Saajan Chale Sasural and many others. However, it was 1996 release Raja Hindustani that made her the ‘Heroine’ in Bollywood. The film turned her life upside down and gave her all the recognition. 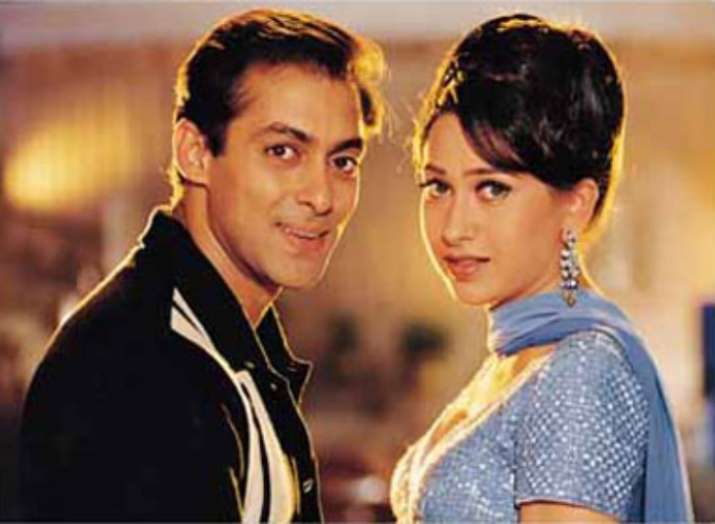 Raja Hindustani acted as the turning point in Karisma Kapoor’s Bollywood career. The film not just made her the highest paid actress of her time but also won her Best Actress Filmfare award. Next, the actress played the role of Nisha in Shah Rukh Khan starrer Dil Toh Pagal Hai and received best supporting actress Filmfare award as well as her first National Award.

Karisma Kapoor them starrer in three blockbuster films of David Dhawan- Hero No. 1, Biwi No. 1 and Dulhan No. 1, which further added golden feathers to her cap. While these films marked her as the best commercial actress of her time, films like Zubeda and Fiza gave her all the critical acclaim she needed.