Despite being among India's highest wicket-taker in the international format and in T20 World Cups, Ashwin was never in the reckoning for the 2021 edition until the injury of Washington Sundar.

15 names made the final cut, three others as reserves as the Board of Control for Cricket in India (BCCI) on Wednesday evening announced India's squad for the impending ICC T20 World Cup. Nine of those names were certainties - Virat Kohli, Rohit Sharma, KL Rahul, Suryakumar Yadav, Rishabh Pant, Hardik Pandya, Ravindra Jadeja, Jasprit Bumrah and Bhuvneshwar Kumar. The other nine, including the reserves, had to fight for their spot in the squad. Hence, a few surprise selections and questionable omissions.

The Top Order - Who will open? How tough was Shikhar Dhawan's omission? 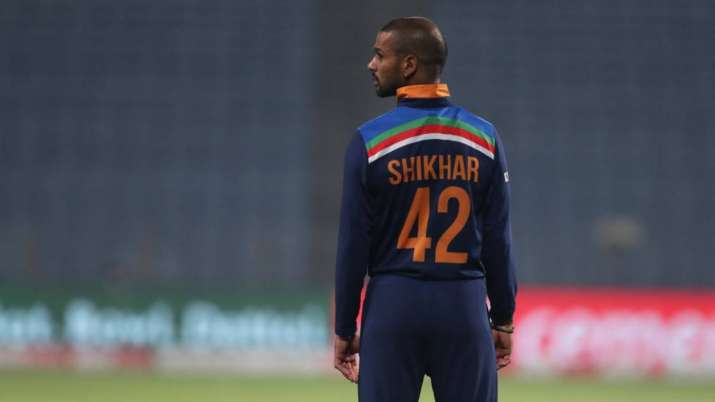 Back in March, Kohli admitted that he would "definitely like to partner Rohit" in the format. The statement came after the captain scored an unbeaten 80 off 52 in his debut appearance as an opener in T20I in Ahmedabad against England. However, BCCI Chairman of Selectors Chetan Sharma named KL Rahul, Rohit and Ishan as the three openers, leaving Kohli's selection for the top spot in the batting lineup in the hands of the team management.

Yes, he was in contention to make the squad, not a certainty though, and most likely as a middle-order option, probably a back-up for Suryakumar Yadav or Rishabh Pant. But youngster, who smashed a 32-ball 56 as an opener in his maiden T20I appearance, made it past Dhawan, Prithvi Shaw, Shreyas Iyer [in the reserves] and Sanju Samson, purely based on his versatility, as explained by Sharma. Moreover, in Ishan, India will find a left-handed option at the top of the lineup, who is decent against spin.

How unkucky has Dhawan been?

Dhawan did everything he could to work in his favour to make the final squad. In the last two IPL seasons, Dhawan scored 998 runs at a strike rate of 140.56 with a boundary every 5.41 deliveries. This season in particular, Dhawan scored 473 runs in 12 innings with four half-centuries while showing a major improvement in his leg-side game and ability to attack from ball one. Yet Dhawan was left unfortunate in not finding his name in the final 15. 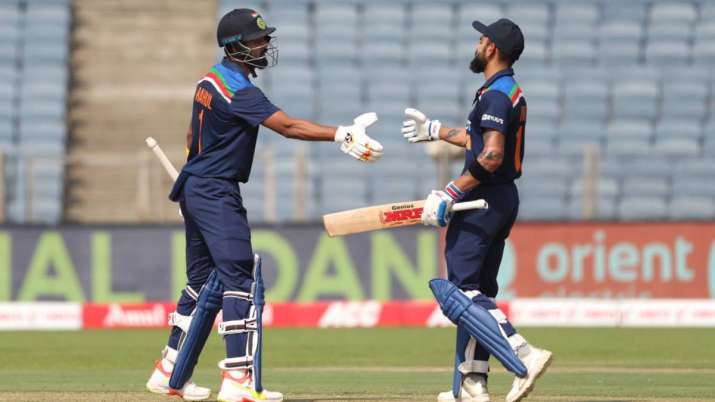 Kohli returned to opening for RCB for the first time since 2016, the season when he recorded his best-ever batting numbers en route to the IPL final, but managed only 198 runs in seven innings with just one half-century.

One of the key issues has been his strike rate. Among all 16 openers this season, who have at least faced 50 deliveries, Kohli's scoring rate of 7.29 runs per over only falls ahead of three others, a stark contrast to his RCB partner, Devdutt Padikkal, whose run rate of 9.14 was the second-best this season. Kohli's middling returns in the middle overs too have long been a cause of concern. In the last two IPL seasons, Kohli's scoring rate of just over run-a-ball (6.7 runs per over), has been the fifth-lowest among all 38 batters who have at least faced 100 deliveries in the middle overs. This season, he has scored at 7.42 runs per over.

Standing marginally ahead of Kohli in the former list is Rohit, with a scoring rate of 7.69 and a boundary rate of almost an over. In all the 19 IPL innings over the last two seasons where he has at least faced 10 balls in a match, Rohit finished with a scoring rate of 150 or more in only two games, both last season, and both in Abu Dhabi. According to CricViz, Rohit has the least Attack Rating (150) among all the nine IPL batsmen who have opened at least 30 or more times. His run rate of 7.62 is also the lowest among those nine. He has been scratchy at the start with a PowerPlay strike rate of just 121.24 in the last two seasons and his struggle against leg-spinners is well documented.

Kohli, Rohit and Rahul too form a threatening combination, but with their role being the same, the traditional issue persists for India. 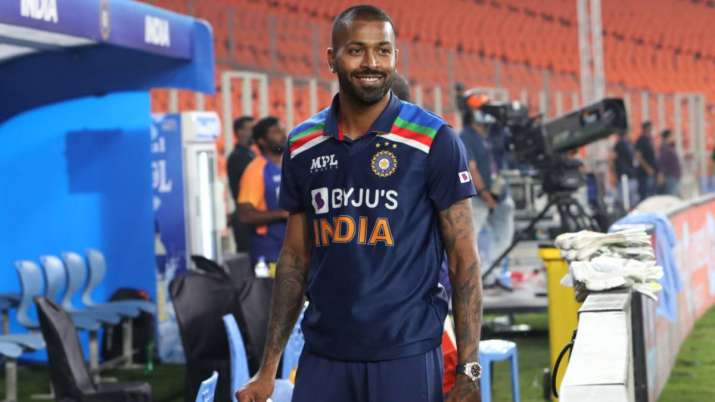 Picking five spinners - Ravindra Jadeja, Rahul Chahar, Ravichandran Ashwin, Axar Patel, Varun Chakravarthy - only implies the kind of pitches that India expects at Abu Dhabi and Dubai. Subsequently, this also implicates that Hardik will be there to deliver at least two overs.

Ashwin's selection not at all surprising

He last played a T20I match in 2017. And despite him being among India's highest wicket-taker in the international format and in T20 World Cups, Ashwin was never in the reckoning for the 2021 edition until the injury of Washington Sundar. Ashwin was hence the only next best off-spin option at India's disposal and has been solely picked to target the left-handers. Since 2020 IPL, no spinner has taken as many wickets as Ashwin's seven during the powerplay which came at an economy rate of 7.34. Against top-order lefties (No.1-5), during the last two seasons, Ashwin has picked 8 wickets, second-highest overall, at an economy rate of 7.6.

Chahar and Varun over Chahal? 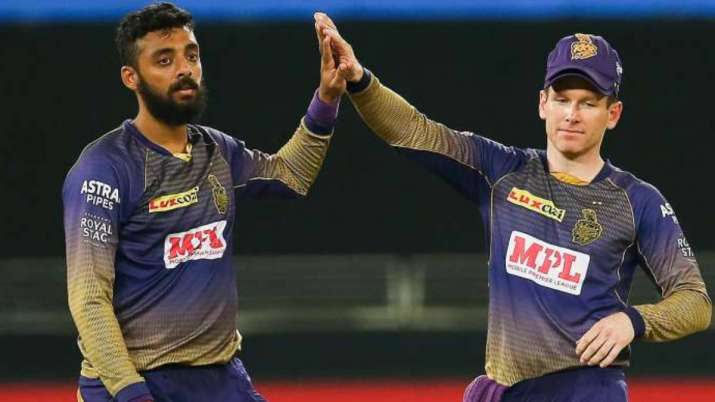 Chahar, on the other hand, played four T20Is this year picking six wickets at 18.33 and a strike rate of 15. Moreover, Chahar is more an attacking spinner than Chahal's defensive deliveries which will come in handy for India at bigger venues like Dubai and Abu Dhabi where India will play all their Super 12 matches.

Sharma's words aptly describe the reason behind Varun's selection: "The world doesn't know what Varun Chakravarthy is. If we ourselves cannot understand (how to read him) what will the batsman know?" Moreover, Varun can bowl both in the powerplay and the middle overs. In the powerplay, Varun picked five wickets since IPL 2020 at 7.21 and strike rate of 16.80 and picked 16 wickets in the middle overs at 6.95 at a strike rate of 21.

Axar Patel, on the other hand, has indeed been a surprise selection, especially with India already having preferred first-choice left-arm spinner in Jadeja. Shardul probably could have been a better choice given his ability to bat as well hence providing depth, something Kohli has always preferred in his T20I side. But Axar has been among the most underrated spinners in IPL.

Axar's inclusion provides a lot of control for a bowling side, both in the powerplay and the middle overs. Axar is the second-most economical spinner in the powerplay (after Sundar) conceding at 6.69 runs per over among bowlers who have delivered at least 50 balls during the phase in the last two seasons. His economy rate remains almost intact (6.51) in the middle overs as well, which is the fourth-best among spinners (at least 100 deliveries) in the last two years.