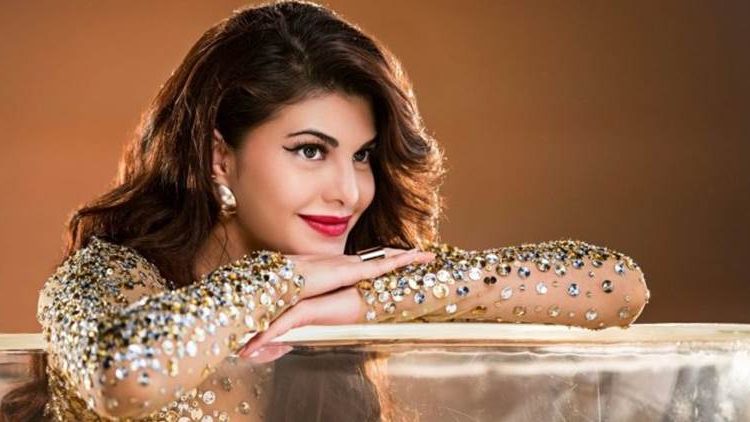 Bollywood actress Jacqueline Fernandez is Miss Universe Sri Lanka 2006. She debuted with Sujoy Ghosh's fantasy drama Aladin. However, her first commercial success was Murder 2. She was rumoured to be dating director Sajid Khan, who is now facing sexual harassment allegations. She has worked in films like Murder 2, Kick, Judwaa 2, Housefull 3 among others.

Jacqueline Fernandez was linked to Sukesh Chandrashekhar's Rs 200 crore money laundering case. Until now, she has recorded her statement thrice in front of the ED. Earlier today, a new photo of the actor with the alleged conman had gone viral. In it, she was seen getting a kiss from Chandrasekhar and had an evident hickey.

'Vikrant Rona', starring Kichcha Sudeepa, Jacqueline Fernandez, Nirup Bhandari and Neetha Ashok, is presented by Zee studios, produced by Jack Manjunath under his production Shalini Artss, co-produced by Alankar Pandian and directed by Anup Bhandari. It is slated to hit the screens worldwide on February 24.

As per reports, Jacqueline Fernandez's mother Kim Fernandez suffered a heart stroke after which she was rushed to a hospital in Bahrain. She is currently under medical supervision and details about her health are still awaited. The 'Bhoot Police' actress' parents have been living in Bahrain for quite some time now while Jacqueline stays in Mumbai owing to her professional commitments.

The ED's chargesheet in connection with Rs 200 crore money laundering case stated that Leena Maria Paulose, wife of Sukesh Chandrashekhar is a master con woman and strategist and the brain and main actor behind the schemes devised to launder the proceeds of crime. She had deleted all evidence as soon as the news of the arrest of Sukesh Chandrashekhar reached her.

Jacqueline Fernandez & Nora Fatehi are as of now witnesses in the case and have recorded their testimonies in the 200 crore PMLA case. Jacqueline said that she 'didn't know the background of conman Sukesh Chandrashekhar and she was ready to cooperate in the process of seizing the gifts given to her by him.'

John Abraham is all set to engage the audience with an upcoming thriller film titled, Attack. Based on a hostage crisis, the film also stars Jacqueline Fernandez and Rakulpreet Singh. Releasing next year on Jan 28, the makers have shared the teaser of the film. Watch the video here!

Jacqueline Fernandez is currently shooting for Rohit Shetty's film, Cirkus amidst the ongoing Sukesh Chandrasekhar's controversy in a money laundering case. The film, which is said to be an adaptation of the Shakespearean play 'The Comedy of Errors', also stars Pooja Hegde, Ranveer Singh, Varun Sharma, Johny Lever, Sanjay Mishra, among others.

Jacqueline Fernandez summoned by ED on Saturday, to be interrogated with Sukesh Chandrashekar's aide

Enforcement Directorate will interrogate Jacqueline Fernandez and Pinky Irani face to face. For those unversed, it was Pinky who introduced the actress to alleged conman Sukesh Chandrashekar. Pinky Irani was placed arrested under the provisions of the Prevention of Money Laundering Act (PMLA).

In connection to case against alleged conman Sukesh Chandreshekhar, the Enforcement Directorate had filed a charge sheet under the PMLA Act naming a few Bollywood actors, including Jacqueline Fernandez, as witnesses. The court had taken cognisance of the charge sheet and had asked the agency to supply the charge sheet copy to all the accused.

Who is Sukesh Chandrasekhar? His link to Nora Fatehi; story of viral pics with Jacqueline Fernandez

Sukesh Chadrashekhar is believed to have duped many of several crores. He has been in news for his viral cosy pics with Jacqueline Fernandez and for claims of gifting car to Nora Fatehi. Reportedly, he also promised to bring in Katrina Kaif for a promotional programme.

On Monday, the Enforcement Directorate (ED) once again sent Jacqueline Fernandez a summon to join the ongoing probe. She will appear before the ED on December 8. The agency will record her statement at the MTNL office in Centre Delhi. The questioning can go for more than five hours. Recently, the actress was stopped at Mumbai International Airport by immigration officials due to a LOC (Look Out Circular) which was issued against her over a Rs 200 crore extortion case.

Jacqueline took to her Instagram handle to share a video of herself dancing with 'Manika Mage Hithe' singer, Yohani. The singing sensation, who is also from Sri Lanka like Jacqueline, had a fun time dancing to her own song as the duo sent the fans into a meltdown with their cute little performance.

Jacqueline Fernandez called to testify as a witness by ED in money laundering case: Spokesperson

"Jacqueline Fernandez is being called to testify as a witness by the ED. She has duly recorded her statements & in future will also be completely co-operating in investigations," actress' spokesperson said in a statement.

In the alleged Rs 200-crore money-laundering case, Sukesh Chandrasekhar gifted a luxury car to actress Nora Fatehi and Jacqueline Fernandez. ED has been interrogating these actresses in this connection.

After skipping three summons by the ED, Jacqueline Fernandez on Wednesday (October 20) appeared before the probe agency for questioning in an alleged Rs 200-crore money-laundering case.

ED has issued fresh summons to actress Jacqueline Fernandez in Sukesh Chandrashekhar case. The actress has been asked to appear in ED's Delhi office on Monday (October 18).

In the candid photo from the shoot of Ram Setu, Akshay Kumar and Jacqueline Fernandez can be seen standing with their backs towards the camera as the actor points at the beautiful greens hills ahead of them.

Jacqueline Fernandez is currently shooting with the Italian actor Michele Morrone for a project in Dubai. Earlier Michele had revealed that he has been getting offers to act in Bollywood. However, nothing official has been announced yet.