Justice Dipak Misra (born 3 October 1953) is an Indian judge who served as the 45th Chief Justice of India from 28 August 2017 till 2 October 2018. He is also a former Chief Justice of the Patna and Delhi High Courts. Misra's legal career started in 1977 at the Orissa High Court and the Service Tribunal. He was first appointed as an Additional Judge of the Orissa High Court in 1996. A year later, he was transferred to the Madhya Pradesh High Court, where he was made a Permanent Judge in December 1997. In December 2009, he was appointed Chief Justice of the Patna High Court, serving until May 2010, when he was appointed Chief Justice of the Delhi High Court. He was elevated to the Supreme Court on 10 October 2011. Justice Dipak Misra was associated with several landmark judgments during his tenure at the Supreme Court. Some of his these judgements include abolishment of section 377, expanding fundamental rights to include right to privacy, opening Sabarimala to women, making Aadhaar conditional. He also adjudged that adultery was not a crime. Also, during his tenure as the CJI, four senior judges held an unprecedented press conference.

Infrastructure gaps in judicial system should be addressed before it leaves scar on justice administration: CJI 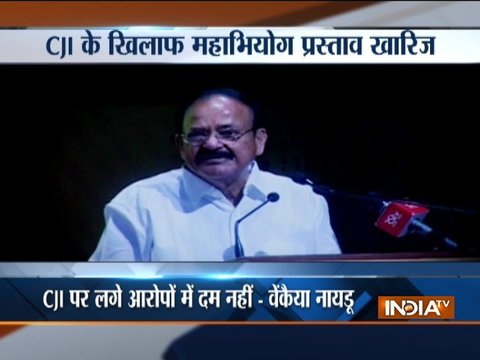