In the wedding pictures of Neeti, she can be seen wearing a pastel pink lehenga which genuinely reminded us of Bollywood actress Anushka Sharma's wedding pictures. See here!

Bollywood singer Neeti Mohan walked down the aisle on February 15. She married her longtime boyfriend Nihaar Pandya and the couple shared a few pictures from their official ceremony on the social media platforms. Neeti took to her Instagram account revealing her wedding look in the pictures and needless to say, the singer looked extremely beautiful in the traditional attire.

In the pictures, Neeti can be seen wearing a pastel pink lehenga which genuinely reminded us of Bollywood actress Anushka Sharma's wedding pictures. See the pictures here: 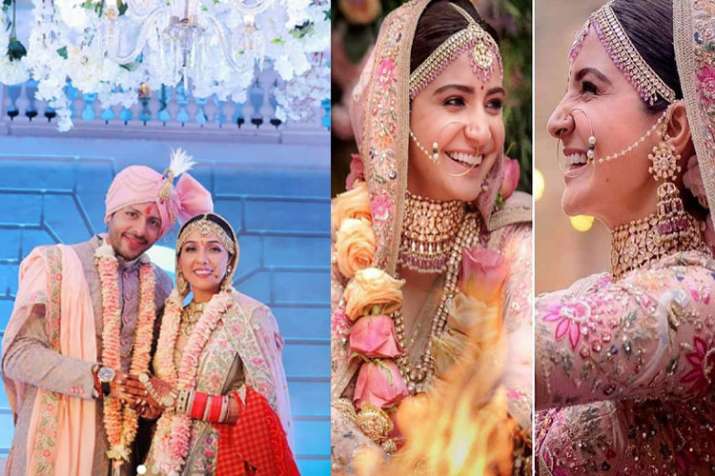 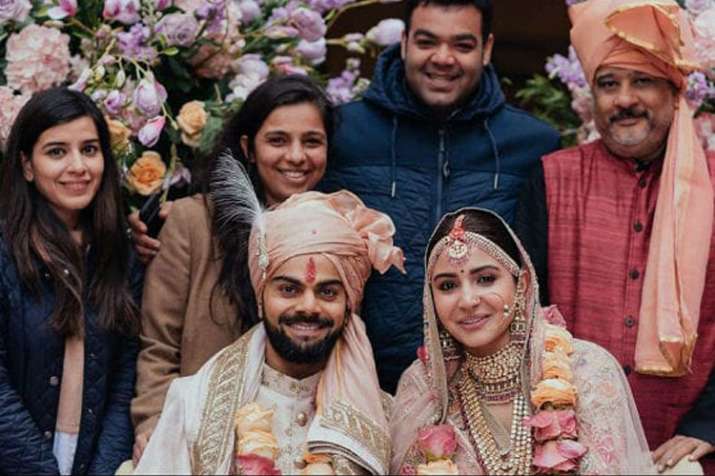 Neeti accessorised her rosy-hued lehenga with heavy jewellery while keeping her makeup on point. Her groom Nihaar was all colour-coordinated with Neeti. Well, there's nothing wrong if Neeti took some fashion cues from actress Anushka Sharma to impress her beau on this special day but the important thing to notice is that Neeti, too, is looking stunning in this pastel pink avatar.

As per the media reports, Neeti Mohan and her husband Nihaar Pandya planned on a grand reception in Mumbai and also invited many B-town celebs but this reception has been postponed for now as Neeti's father is having some health issues.