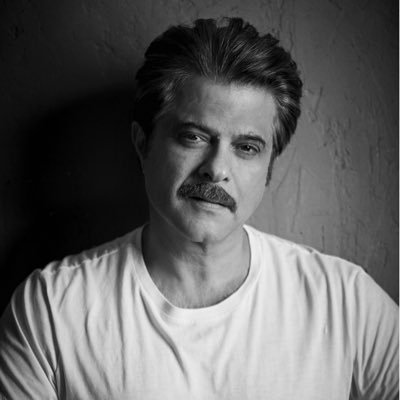 Anil Kapoor is an Indian actor and producer who has appeared in many Hindi-language films, as well as international films and television series. His career has spanned almost 40 years as an actor, and as a producer since 2005.

The most talked-about couples of the tinsel town Malaika Arora and Arjun Kapoor attended the Diwali bash organised by Anil Kapoor at his residence. Malaika and Arjun arrived at the venue together. On the other hand, the Kapoor sisters – Janhvi and Khushi, along with cousin Shanaya slayed in their stunning ethnic outfits.

Rhea Kapoor-Karan Boolani wedding reception: Sonam, Shanaya, Khushi and others have a blast

Anil Kapoor's daughter and film producer Rhea Kapoor got married to longtime boyfriend Karan Boolani at her father's Juhu bungalow in an intimate ceremony on Saturday night, with the presence of a few family members. Post her wedding, the family is hosting a reception party for all his close friends and family where the celebs are slowly and steadily arriving looking their best in stylish avatar. Don't miss this starry night and see the PICS here!

Celebs Spotted! Malaika Arora, Anil Kapoor, Sidharth Malhotra and others make a splash in the city

Celebrities including Malaika Arora, Anil Kapoor, Sidharth Malhotra and others got clicked making a splash in the city with their vibrant energy. Check out the latest pictures.

Arbaaz Khan and Daisy Shah get their first dose of vaccination for Covid19. On the other hand, Anupam Kher Foundation has launches Project Heal India to support our Covid warriors.

Bollywood actor Anil Kapoor's wife, Sunita Kapoor celebrated her 56th birthday and she has been flooded with wishes from her loved ones. Sunita's closest friends and family members made sure to drop by her residence for some birthday fun. On Sunita's special day, Anil gifted her a deep black Mercedes Benz GLS. The actor also took to Instagram to share a sweet note for his wife. Sharing a bunch of pictures with her, the 'Mr. India' actor wrote, "To the love of my life, @kapoor.sunita From travelling in 3rd class train compartments to local buses to rickshaws to kali peeli taxis; from flying economy to business to first class; from roughing it out in small dingy hotels in villages like Karaikudi down South to staying in a tent in Leh Ladakh...We have done it all with a smile on our faces and love in our hearts."

Instagram was filled with some stunning pictures posted by our favourite Bollywood and Television celebrities. On one hand where Amitbah Bachchan shared his post shoot experience, Hina Khan, on the other was seen having the best time of her life in the exotic beaches of the Maldives. Missing out the fun? Check out our compilation of all these pictures.

Celebs like Shilpa Shetty, Neelam Kothari and many others grace their presence at Anil Kapoor's residence for annual Karwa Chauth puja and celebrations.

IN PICS: Amitabh Bachchan, Anil Kapoor and other celebs come together to thank corona warriors

'Hum honge kamyaab' was the feeling when the people all across the country stood on their balconies, doors, and windows to clap and cheer hard for the coronavirus heroes who have been working all day and night. Amongst those were many B'Town stars such as Amitabh Bachchan, Anil Kapoor, Salim Khan, Arjun Kapoor, Shraddha Kapoor etc.

Cousins Sonam Kapoor, Arjun kapoor, Shanaya Kapoor and Janhvi Kapoor unveiled an intersection in Chembur named after their grandfather. Check out the photos.

Latest celeb pictures: Check out these stunning pictures from Nita Kothari's daughter's pre-wedding bash; other stars spotted at the airport.

Anil Kapoor and Sunita Kapoor hosted a bash for their close ones on their 35th wedding anniversary. Check out pictures.

Latest Bollywood Photos May 6: Kareena Kapoor Khan got clicked with son Taimur. On the other hand, Sania Mirza stepped out for a dinner date with sister Anam.