Bigg Boss 14's Pavitra Punia can kill with her sassy looks and killer tattoos. Know more about her

Known for playing many negative roles on TV, actress Pavitra Punia is a strong-headed girl from Delhi who wanted to be an IPS officer. Currently, she has been ruling the headlines for her appearnce in the controversial reality show Bigg Boss 14. Here's all you want to know about her.

Television fame Pavitra Punia has been ruling the headlines these days for her appearance in the controversial reality show Bigg Boss 14. The actress got eliminated this week but her journey has been a memorable one. Fans witnessed her raise the hotness quotient in Salman Khan's show with her sassy looks and powerful personality. Known for playing many negative roles on TV, Pavitra is a strong-headed girl from Delhi who wanted to be an IPS officer. She also worked hard for 1.5 hours for it but fate had other plans. In 2009, she appeared in MTV show Splitsvilla 3 and her life changed. She was one of the finalists and earned much attention of the youth.

Pavitra Punia has been working on TV for over a decade. She made her acting debut as Dalljeet with the show Geet – Hui Sabse Parayi. Then was seen in the show Love U Zindagi, opposite Bigg Boss 13 winner Sidharth Shukla. This show was the turning point of her career. Later, Pavitra played the role of the lead antagonist Niddhi Chhabra in the Star Plus show Ye Hai Mohabbatein. Fans loved her acting after which she bagged Ekta Kapoor Naagin 3. She played Poulomi Roy in the show.

While Pavitra Punia's roles are much admired by her fans, her breath-taking photos in sarees and sassy looks often leave every everyone swooning. She also has a killer tattoo on her back that is worth a look. The actress got 7 chakras inked on her spine.

Interestingly, Pavitra Punia was the girlfriend of Bigg Boss 13 contestant Paras Chhabra. The duo dated for five months and called it quits. Talking about the reason for their break, Paras had said, "Yes, we broke up mutually. We were together for 5 months. You do take that much of time to get to know a person and we realised that we were not that compatible. Hence, we parted ways." 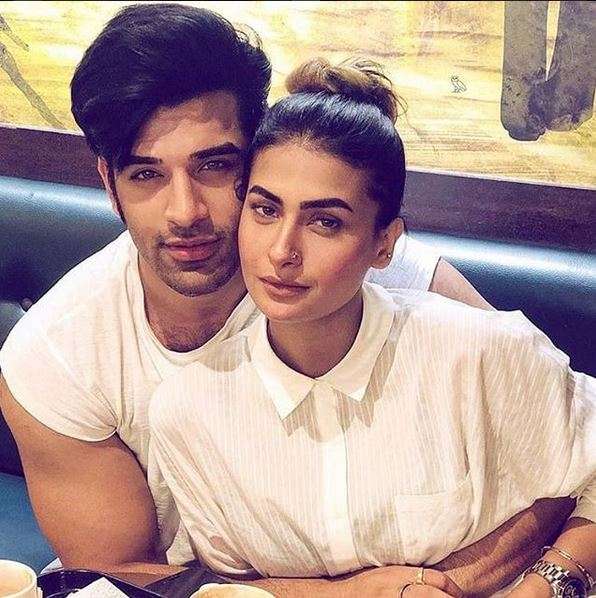 What are your thoughts about this fiery actress in the Bigg Boss 14 house?