PM Narendra Modi then showed a victory sign with one hand while holding the child in his other hand.

However, before entering the polling booth, the PM did something which grabbed everyone’s attention.

Pakistan's nuclear arsenal is not for Eid: Mehbooba Mufti on PM Modi's weapons for Diwali remark

He not only embraced a small baby girl but also played with her. PM Modi then showed a victory sign with one hand while holding the child in his other hand. The crowd cheered “Modi-Modi”. 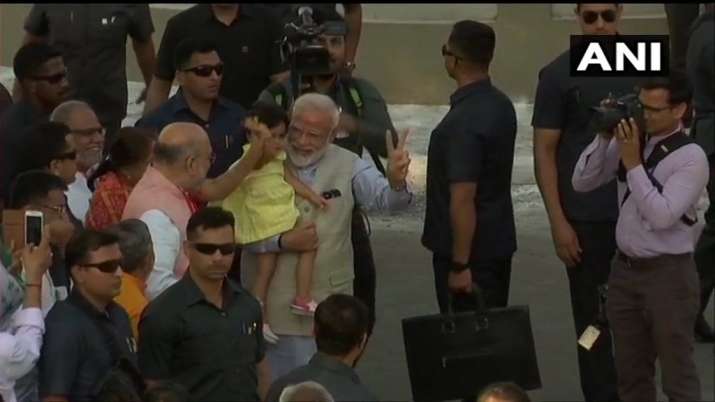 Who the child was?

The baby was the grandchild of BJP president Amit Shah. After pampering the child, PM Modi casted his vote.

The general election is currently being held in seven phases from 11 April to 19 May 2019 to constitute the 17th Lok Sabha. The counting of votes will be conducted on 23 May, and on the same day, the results will be declared.

Legislative Assembly elections in the states of Andhra Pradesh, Arunachal Pradesh, Odisha and Sikkim will be held simultaneously with the general election.