Bangladesh won by two wickets, but the face-off was still in process as aggressive bodily contact, yelling, shouting and a shattered dressing room door, stained the aftermath of the Nidahas Trophy semifinal clash.

Bangladesh snatched victory from the jaws of defeat as they pulled off one of their biggest wins, defeating Sri Lanka at home by 2 wickets. The fixture had all emotions running through the players and after the controversial decision was given when Bangladesh skipper Shakib Al Hasan called his two batsmen off field, motivating them to win the match for them, matters went out of hand.

Bangladesh won by two wickets, but the face-off was still in process as aggressive bodily contact, yelling, shouting and a shattered dressing room door, stained the aftermath of the Nidahas Trophy semifinal clash between Bangladesh and Sri Lanka.

As media reports suggest, after the match and the bickering between the two teams, it is suspected that a Bangladesh player damaged the dressing room in the R Premadasa Stadium in Colombo. There were bits of glass strewn on the stairs. Match Referee Chris Broad has seen the footage and spoken to the staff who have named the player that is responsible for the damage caused. The Bangladesh team management is understood to have compensated for the impairment caused. 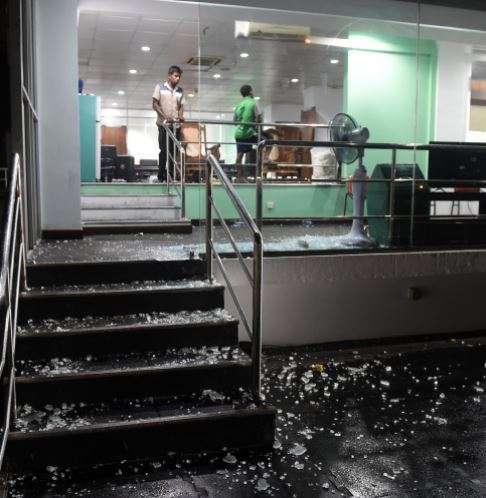 The shoving began when a Sri Lanka player pushed a Bangladesh substitute who came on field to serve the batsmen drinks when the umpires refused to award the no-ball when Isuru Udana delivered a second short-pitched delivery in the over. While batsman Mahmudullah was having a word with the umpires, the substitute was involved in a heated exchange with Sri Lankan players. Matters went sour from thereon.

After the umpire refused to award Bangladesh a no-ball, the decision triggered Shakib into a frenzy. The skipper immediately rushed to the boundary line and beckoned Mahmudullah and Rubel Hossain off the field, who were reluctant to follow the orders, but eventually walked across half-heartedly. Play was allowed to resume after the players took up several minutes to get in their positions.

The aggressiveness and antagonism dawned after the winning runs were hit as the Bangladesh players rushed on to the field, celebrating emphatically but more vitriol was exchanged when the two teams were walking out after the match. The players clashed and exchanged a few words back and forth. 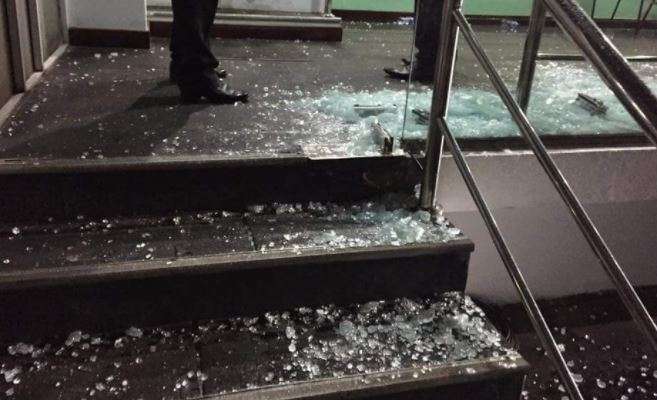 "I don't want to talk about it, but what happened was that the square-leg umpire called a no-ball and after a discussion they cancelled it," Shakib said. "I didn't think it was the right decision. I don't know what happened after the first ball, which was a bouncer. But after the second ball, the umpire called a no-ball. We are all human, we should take it in the chin and move forward.

"Many things happened that shouldn't have happened. I need to remain calm. I was overjoyed. Excitement was there. I must know how to react next time. I will be careful.

READ: LUCKY TO BE ON WINNING SIDE, SAYS SHAKIB

"What happens in the field should never spill over off the field. To be honest, we are all good friends. We see each other in the Bangladesh Premier League and Dhaka Premier League. The two boards have great relations. We help each other a lot. Just like I would want my team to win at all cost, they would have the same feeling. I am sure that both teams will never let it go off the field."

The International Cricket Council (ICC) is yet to look into matters and comment on the incident but is expected to do so soon. Bangladesh will face India in the summit clash of the 2018 Nidahas Trophy on March 18.