Scott Waring wrote in his blog in the ET Database, "I was looking at the SOHO sun photo that they took today and noticed the winged angelic UFO is back again. It comes and goes several times a week, but we have two amazing photos of it here, usually I have only one. In one of the photos, the UFO is turning so we get to see the wings at an angle. Many have told me the wings remind them of a giant angel being. Well, wings are certainly not necessary for a space craft and it has to be more for actual interior room and outer ascetic beauty." 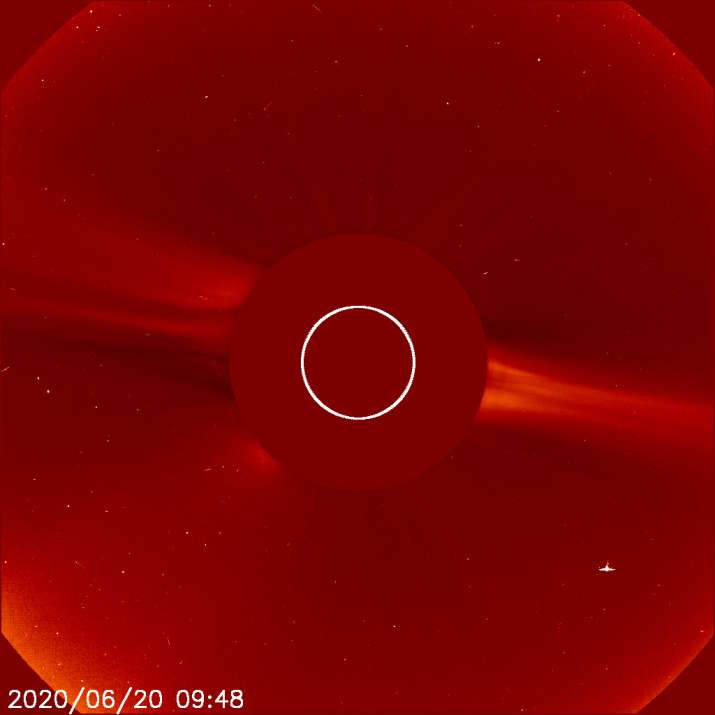 He further went on to add, "The aliens seem to be harvesting a rare particle from our sun and taking to their own world far away. As you see from the two photos, the UFO is several times larger than the earth itself."

Waring said that this was 100% proof that aliens were visiting our sun on a regular basis. 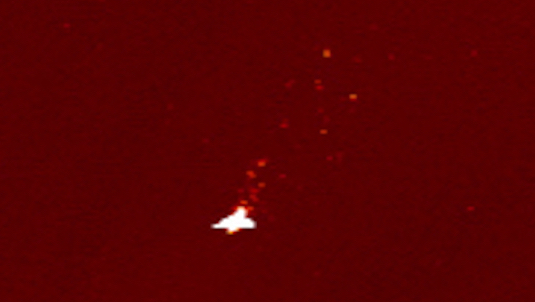 According to former NASA engineer James Oberg, who has on several occasions come out to question any such claims, most UFO sightings are nothing more than “space dandruff” floating in front of cameras.

“I’ve had enough experience with real spaceflight to realise that what's being seen in many videos is nothing beyond the 'norm' from fully mundane phenomena occurring in unearthly settings,” Express.uk quoted Oberg as saying.