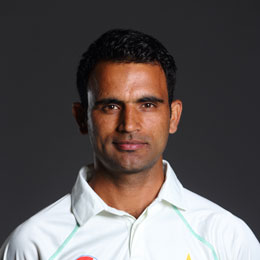 Fakhar Zaman is the best left-handed batsman produced by Pakistan team after Saeed Anwar. The Southpaw opener is the first Pak player to score a double century in ODI cricket. His excellent form in Pakistan Super League got him the national team call-up. Born on April 10, 1990, Zaman made his debut quite late in 2017 against South Africa in an ODI match, but he didn't take much time to become a star player in his nation. Zaman's century against arch-rivals India in the final of 2017 Champions Trophy is the highlight innings of his career. His flamboyant innings led Pak team to win the big ticket final. The left-handed opener is one of the key players in Pakistan's cricket transition phase. He made an excellent debut in Test cricket against Australia in 2018 where he scored 94 in first innings and 66 in second to prove his metal in the longest format of the game.

Year Ender 2018: Top 10 cricket records that got shattered in a golden year for the game