5 reasons why women are not allowed at shamshan ghat

A shamshan ghat (cremation ground) is a platform designed for the cremation of bodies. Typically, it is built near rivers or fresh streams so that ashes can be disposed of after cremation in accordance with

A shamshan ghat (cremation ground) is a platform designed for the cremation of bodies. Typically, it is built near rivers or fresh streams so that ashes can be disposed of after cremation in accordance with Hindu tradition.

According to the rituals, the son of the deceased lights the pyre fire at the shamshan ghat.

It is widely believed that as per Hindu rituals women are not allowed to participate in the procession beyond the street they live in and also they do not go to shamshana, only males go to shmashan to perform last rites. But the fact is that the Hindu ritual doesn't ban girls from visiting the funeral site.

Women can visit the place if they want and the family is okay with that. And in-case, if she is the only child of the deceased, she has the right to light the pyre.

India TV brings to you 5 reasons why women don't go to shmashan ghat:

1. According to public forum, Quora, when all male members of the family leave for shamshan ghat, someone has to be in the house to clean it and take care of it. And traditionally, this is the duty of the household women. Hence, women stay at home doesn't go to shamshan ghat.

2. Some say that a funeral is hard to watch. According to Hindu mythology, before leaving the shamshan ghat the family members of the deceased must ensure that the dead body is fully burnt. Sometimes due to the heat, the body may cramp up, and it is not a pleasure to watch. Women in Hindu religion are considered to have a delicate heart and this can leave a disturbing image for a long time.

3. A funeral is really horrid to watch. Sometime, the corpse jerks up and needs to be beaten back into the pyre using bamboo sticks. The smokes are foul and these are enough to make any normal human feel rather sick. Traditionally, it is believed that girls are weaker mentally and will not be able to handle such a scene.

4. Some say that married women are allowed at the shamshan ghat and that because that they considered not pure whereas unmarried girls meaning the virgin ones are said to be pure and it is easy for ghosts, evil spirits and fierce deities to get their control through bad means. 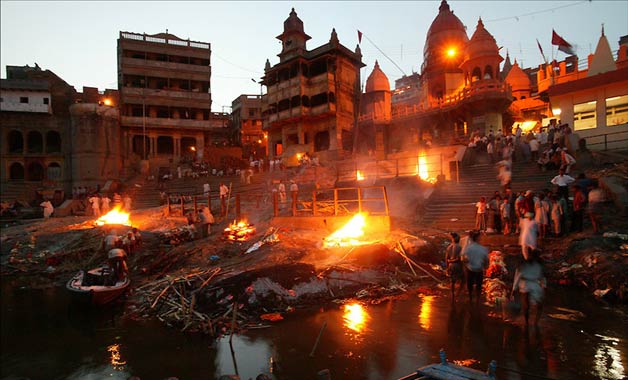 5. Few people opined that because women can't shave their head, they are not allowed. This is because, as per Hindu theory of evils, if you go inside grave yard you may carry one of evil element with you and perception is hairs are the part of body through which evil element can enter ones body.  If you want to shave off your head alongwith men going inside graveyard you can go.