Time to do the happy dance for all the Sidnaaz fans! Photos of Sidharth Shukla and Shehnaaz Gill broke the internet on Sunday after they were spotted together in Lonavala. Looks like a family vacation is on the cards for the Bigg Boss duo.

While most of the Bigg Boss celebrities who garnered much praise with their appearance from the show have lost their spark among the viewers, this is hardly true for Sidharth Shukla and Shehnaaz Gill. The duo has been climbing the ladder of success and popularity with each passing day. While their fans love them individually, SidNaaz together is a separate emotion for their fans altogether. On Sunday, photos of Sidharth and Shehnaaz broke the internet after they were spotted together in Lonavala. The duo keeps their personal life private and rarely talk openly about each other.

SidNaaz fans went gaga over the latest photos as soon as they surfaced on the internet. Going by the social media buzz, a fan spotted the couple in Lonavala with Sidharth Shukla's family. The duo was seen twinning in a salmon pink t-shirt and blue jeans. Earlier in the day, Shehnaaz had also shared a picture in the same outfit on her Instagram story. 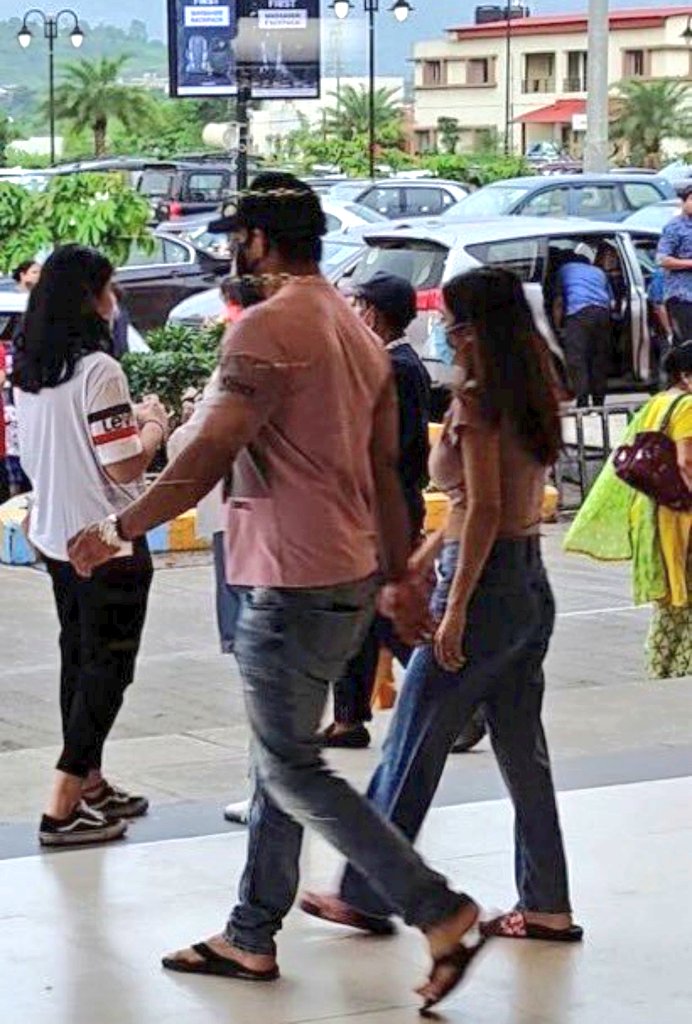 Sidharth and Shehnaaz fans (aka Sidnaazians) just couldn't keep calm after the photos went viral. In no time, 'Sidnaaz' started trending on the internet. Fans flooded the micro-blogging site to express their excitement about spotting Sidharth and Shehnaaz together. A fan wrote, "Just look at them #SidNaaz shining together and we all were so lucky this time that we got their pics." Another tweeted, "Happiness is #SidNaaz in one frame."

Another Sidnaaz fan said, "From matching clothes on WKW to matching clothes while going out together, we have honestly come a long way! These two beautiful persons who showed me the beauty of love are happy together & I can't be happier!"

Shehnaaz Gill recently appeared in Social Media stars with Janice Sequiera alongside social media sensation Yashraj Mukhate. She opened up about her chemistry with Sidharth Shukla in Bigg Boss and called him 'family.' She said, "The only secret behind why SidNaaz is still a thing is because it is genuine. We shared a pure relationship. I think people connect to that. The way he adored and showered love on me, I really felt nice about it. We both had the same sort of feelings for each other. It was very cute. I myself will agree that my relationship with him is different. He is like my family."

After winning hearts in Bigg Boss 13, Sidharth Shukla and Shehnaaz Gill have been seen in a couple of music videos like Bhula Dunga and Shona Shona. They are said to come together for another music video titled Habit, sung by Shreya Ghoshal. A part of the song has already been shot in Goa over the New Year. However, no updates about the release of the song have been shared yet.

On the work front, Sidharth Shukla was seen in his debut web show Broken But Beautiful 3 opposite debutante Sonia Rathee. Shehnaaz Gill, on the other hand, is gearing up for the release of her Punjabi film Honsla Rakh with Diljit Dosanjh and Sonam Bajwa. The is scheduled to release on Dussehra and the actress plays a pregnant woman.