Completely skipping handwriting as a learned skill and leaving it to the aspiring artists would not only deprive them of a skill that flexes their creative brain cells but also a part of themselves to revisit and cherish later. 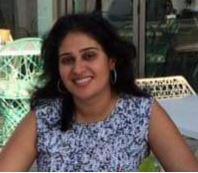 "A bad handwriting is a mark of imperfect education," said Mahatma Gandhi. In the world of educated men of England and South Africa with a calligraphic hand, he found himself at a disadvantage and in poor light with his cacography. Zip into the recent times of typing, his discomfort would have non-existent. In the world let by computers and iPads, everyone writes the same way. With almost everyone owning a personal device now, offices moving on to digital resources, university education moving online, WhatsApp taking over letters and the recent proposal of introducing tabs in schools is all set to make handwriting redundant.

While the trend helps in many ways in keeping with the world, reducing storage space and paper waste (I am all for the ecology), it does tug a few strings in my heart which wants to hold on to this now underrated form of self-expression.

Steve Carell once said that his mother is the only one who writes letters to him now. And that he finds something visceral about opening the letter, he finds his mother in it.

And that is the whole thing about something handwritten, it is very personal, so personal that it is a part of you, an embodiment and a representation.

Graphologists, those who study handwriting - now considered a pseudoscience - believe that handwriting reveals a person. It says a lot, not only about the writer's personality and character but also about the current state of mind. Just like fingerprints, each handwriting is unique, it is one of those things which make you, you.

It also does a whole lot of good for you, improving finger dexterity, hand-eye coordination, muscular and neurological development and evolving certain parts of the brain.

As kids, we used to write letters to our family members, from grandparents to cousins and friends. While I hold this memory with fondness, the details around them had diluted. Until recently, when my cousin sent images of those letters which she had preserved so carefully for all these years. After 20 odd years, those letters opened a flood-gate of emotions.

I remembered how I wrote my letters, that extra curved 'c' or that fancy capital 'A'. As much fun as it was to read the contents again, it was even better to feel the excitement brimming from the flowers drawn around the border, the P.S. notes scribbled in the blank spaces and the red and pink hearts with the hellos and byes. It was like revisiting myself, like being 12 years old all over again.

Probably the coming generations would feel similar emotions skimming through their emails later in life, but a touch of themselves is something that would be missing. Completely skipping handwriting as a learned skill and leaving it to the aspiring artists would not only deprive them of a skill that flexes their creative brain cells but also a part of themselves to revisit and cherish later.

'Handwriting is more connected to the movement of the heart' said Natalie Goldberg. So let the letters dance with our hearts.