Pakistan Prime Minister Imran Khan's former wife Jemima Goldsmith, along with laughing emoticons, tweeted a Lollywood film poster featuring herself, Imran and a burqa-clad woman doing 'black magic'. She, however, deleted the post later. Jemima took to Twitter, sharing the poster, saying: "Who doesn't love a Lollywood poster? Spotted today by a friend in Lahore. Caption: 'what kind of black magic did you do?'"

Replying to one of the criticisms, she later clarified that her tweet was not intended to disrespect anyone. "Ps. No disrespect intended. Like most of you, I just found it funny."

The burqa-clad woman reportedly represents Pakistan PM's present wife Bushra Bibi. However, the post went viral and Netizens seemed to have a laugh at the artwork and gave quirky responses. 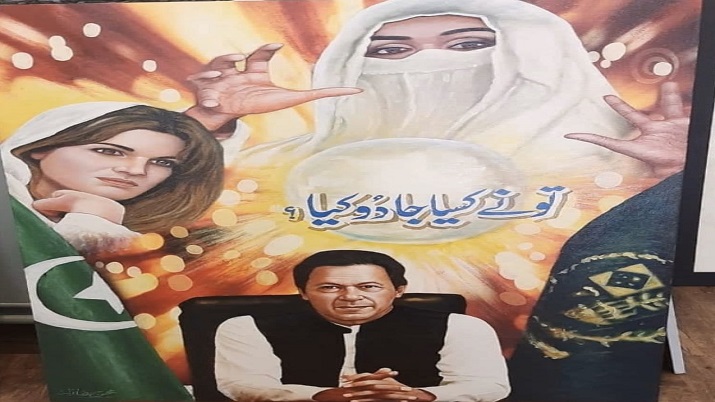 A user wrote, "Jemima seems to be poking fun at herself,& the decades old association, fondness and yes absolute love and respect for IK. Knowing her sense of humour, it seems to be more of a take on the magical effect HE seems to have with women falling for him. Nothing sinister."

Another wrote, "Fully agree with Zari... She loves & respect IK todate !! Nothing disrespectful in her tweet in which she shared that funny poster from Lahore !!! We shouldn't be that naive to show intolerance towards little fun at time... Jemima is pure gold @Jemima_Khan."

A post read, "Some bonds go beyond the marriage/divorce dichotomy. human beings are very layered and complex creatures."

"People don't seem to get British humour," another user remarked.