While the inaugural WTC will be played from June 18-22 in Southampton, the England series will start at Nottingham (Aug 4-8).

With the inaugural World Test Championship (WTC) final being less than a month away, India opener Mayank Agarwal and all-rounder Ravindra Jadeja have started their preparations for the summit clash in Southampton.

The WTC final, scheduled to be played from June 18 at the Ageas Bowl, will be a repeat of the 2019 World Cup semi-final against New Zealand. Both the players on Thursday shared pictures in India's new training jersey on Instagram. “Preparations are going strong and the excitement is building up”, Agarwal mentioned in his story.

The Karnataka and Punjab Kings batsman will be contesting for the opening spot in England, with Shubman Gill and Rohit Sharma in the ranks. During the Australia tour earlier this year, Agarwal was replaced by Gill at the top in Sydney Test. He also didn't feature in the subsequent home Test series against England. 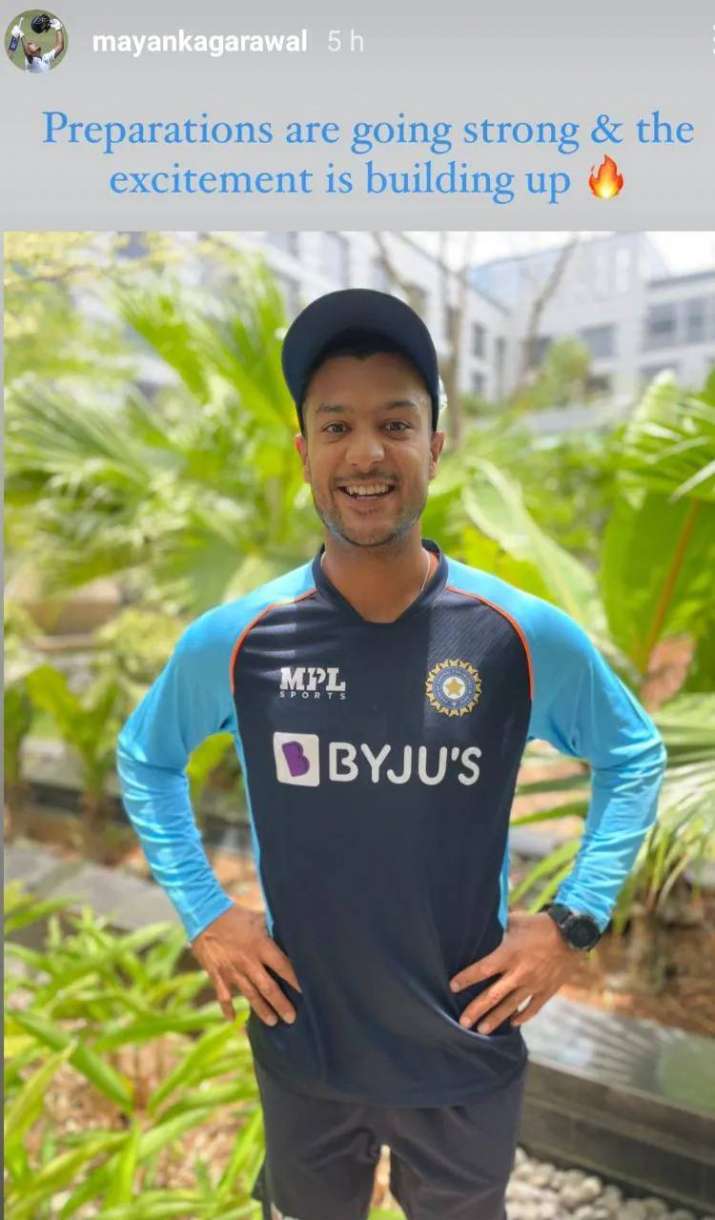 Agarwal, however, roared back to form in the Punjab Kings jersey as he smashed an unbeaten 99 against Delhi Capitals. In seven matches for the Punjab outfit, the right-hander scored 260 runs at an average of 43.33.

The Saurashtra all-rounder's batting exploits against Royal Challengers Bangalore were arguably the highlight of IPL 2021. He hammered 62 off 28 balls against Harshal Patel including a 37-run over featuring five sixes and a boundary.

The Indian camp, currently serving eight-day hard quarantine in Mumbai, is expected to fly out on June 2 after all the playing and non-playing members return three negative RT-PCR results.

"Wriddhiman and Prasidh Krishna joined the bubble two days back after recovering fully from COVID-19. Mumbaikars like Virat, Rohit, and coach Shastri have all now joined the bubble," a BCCI source had confirmed to news agency PTI.