Delhi Police on Sunday arrested Suneel Kumar, an imposter pretending to be a Sub Inspector at Tigri Police station.

The Delhi Police on Sunday arrested a civil defence volunteer from Sangam Vihar area for impersonating a Delhi Police sub-inspector to book people for violating Covid-19 rules. The accused has been identified as Suneel Kumar (31).

Police said that Kumar was arrested when he was checking people for violations. Delhi Police constable Amit reached the spot and checked his identity card. The identity card was fake and he was arrested immediately. He is a resident of Sangam Vihar.

Police said that he used fake identity card of police and represented himself as an employee of Delhi Police. The card showed that he is a sub-inspector at Tigri Police Station, Bandh Road, Sangam Vihar. Besides, he was also carrying his Aadhar Card, Disaster Management Duty Pass and Civil Defence Card. 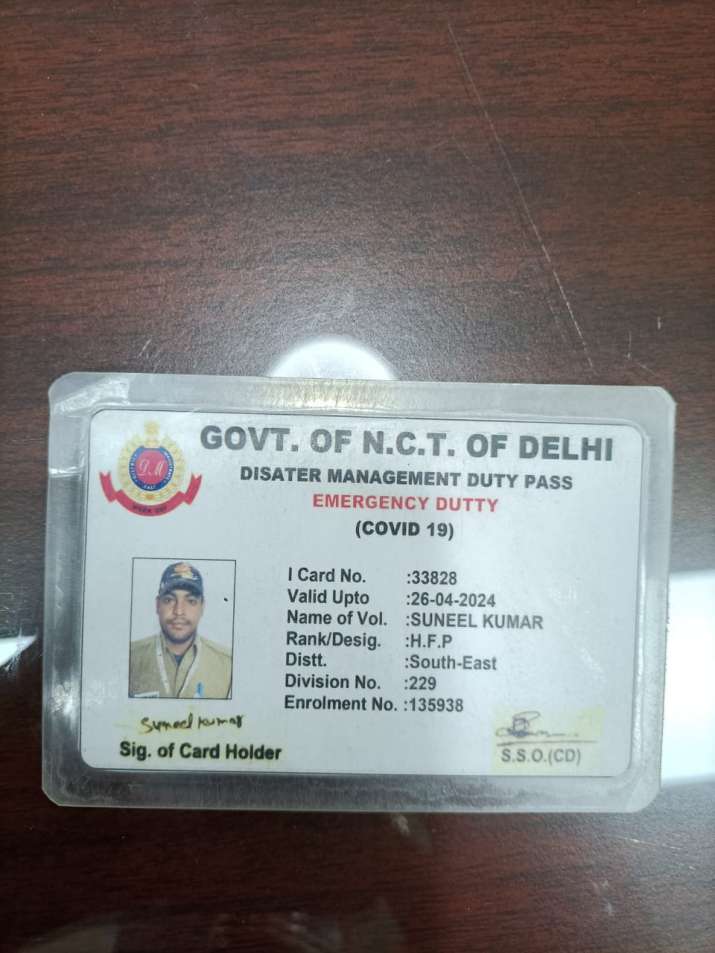 Meanwhile, an FIR has been registered against him at Tigri police station. Further investigation is underway.