Ghaziabad most polluted city; UP capital Lucknow, Noida too gasp for fresh air

Delhi-NCR regions including Ghaziabad, Noida, and the national capital itself are under severe category with AQIs above 400. Not only the Delhi-NCR regions but Uttar Pradesh capital Lucknow is also gasping for clean air.

Even two days after Diwali, the Air Quality Index (AQI) level in Delhi-NCR continues to remain in a severe category as people gasp for cleaner air especially those already suffering from breathing issues.

Delhi-NCR regions including Ghaziabad, Noida, and the national capital itself all are under severe category with AQIs above 400. Not only the Delhi-NCR regions but Uttar Pradesh capital Lucknow is also gasping for cleaner. 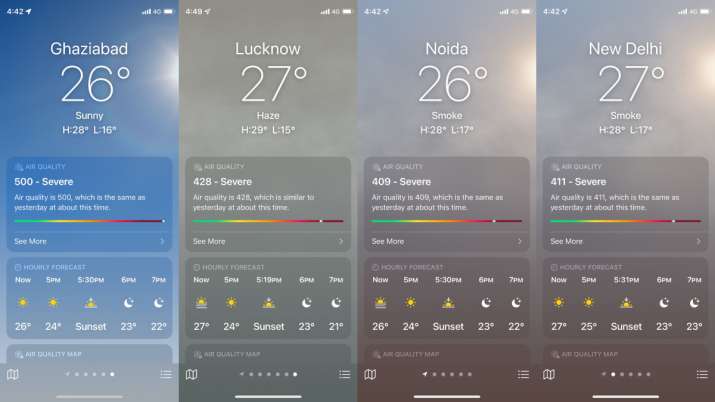 Moreover, regions with AQI in the severe category are also suffering from the haze-like situations.

"There is haze all over the streets of Lucknow. The pollution is so much that it is difficult to breathe. Everyone is troubled by this pollution caused by Diwali crackers," said Braj Bihari Dubey, a local resident.

Scientists at the Indian Institute of Toxicology Research (IITR), a central government institute, examined the air in Lucknow after Diwali.

While according to the standards, the level of PM 2.5 should not exceed 60 micrograms / cubic meter.

According to the IITR report, the level of PM 10 has also increased in the city.

Doctors say that the number of patients has increased due to pollution caused by Diwali.

Due to the increasing pollution in the city, people are reporting health issues including coughing, burning, said Deepak Singh, a local resident.

It is clear from the report of the scientists of IITR that the effect of smoky and noisy Diwali will remain on the people of Lucknow for a long time. 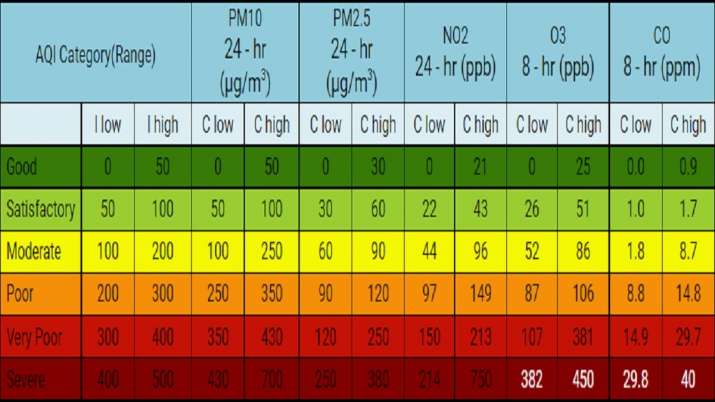 Delhi's air quality remained in the 'severe' category on Sunday because of the large influx of stubble-related pollutants, apparently, from a much higher effective fire count, authorities said.

According to the Central Pollution Control Board (CPCB) data, the city's air quality index stood at 416 (severe) at 8 pm that day.

The national capital recorded a minimum temperature of 13.6 degrees Celsius on Monday, normal for this time of the year. The relative humidity at 8.

The weatherman has forecast partly cloudy sky for the day with the maximum temperature likely to settle at around 29 degrees Celsius.