While a lot has been going on in Karan Mehra and his wife Nisha Rawal's personal lives, the two, however, did not forget to celebrate their son Kavish's birthday who turned four-year-old on June 15. Just yesterday, the 'Yeh Rishta Kya Kehlata Hai' actor shared a heartwarming note for his kid on Instagram and now pictures and videos of Nisha celebrating with the birthday boy in a bash have gone viral.

'Yeh Rishta Kya Kehlata Hai' fame Karan Mehra and wife Nisha Rawal's controversy shocked not just their fans but also their friends from the industry. The actor got arrested following a complaint by Nisha over a domestic fight. While a lot has been going on in their personal lives, the two, however, did not forget to celebrate their son Kavish's birthday who turned four-year-old on June 15. Just yesterday, Karan shared a heartwarming note for his kid on Instagram and now pictures and videos of Nisha celebrating with the birthday boy in a bash have gone viral. These glimpses were not uploaded by Nisha but her close friend and fashion designer Rohit Verma. However, her husband was nowhere to be found.

The pictures showed Kavish cutting a three-tier birthday as his mother as well as many of her friends clapped for him. Nisha for the occasion opted for a white outfit while Kavish was dressed up in a black outfit with a pony on his head. 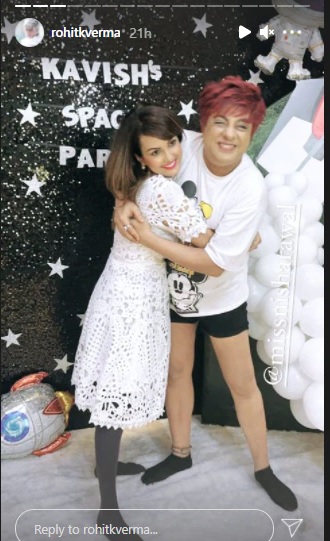 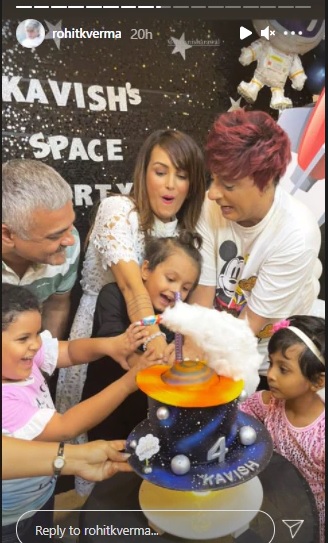 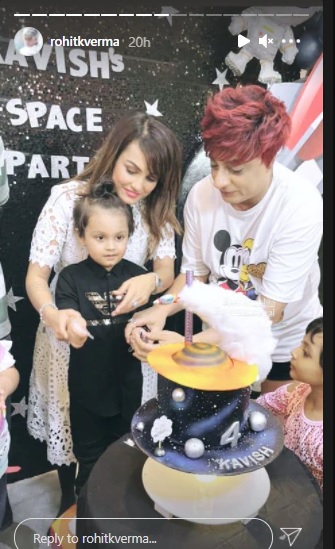 Speaking about Rohit, he expressed his support for close friend and actress Nisha on social media. Hitting back at trolls, Rohit wrote in an Instagram post, "Nisha, the most resilient and gentle soul has always believed in finding solutions amicably. I have seen her through her highs and lows and she has always risen above the blocks of life with an additional smile on her face. This time, she has been at the receiving end of untamed anger which has impacted her physically and no amount of excuses can justify this act against her."

"For those who pick sides without knowledge, understand that no individual has the right to touch another person with an ill intention or hurt them physically which in turn leads to mental trauma. If you still don't get this basic understanding, then it's high time you ask your mother how to be a human to begin with," he added.

Accusing Karan of taking her jewellery, the actress previously said: "Whatever he has told the media that this is about money and I have done something fraudulent, I have given all the proof to the police about bank statements. Karan took all my jewellery, he manipulated me and took my jewellery. I gave it to him because I thought he is my husband, but I didn't know what he was up to. He said we are under financial pressure, and I suggested him to sell our house and shift to a smaller one. I gave him all my jewellery, my streedhan and I didn't bat an eyelid. After all this, he says it is about fraud."

On the work front, Karan played the main lead Naitik Singhania in the Star Plus soap opera 'Yeh Rishta Kya Kehlata Hai' opposite Hina Khan. While for Nisha, she has been a part of many shows as well as advertisements.