Arshi Khan and Hiten Tejwani are all set to entertain their fans at Bigg Boss 11 Grand Finale.

Arshi Khan and Hiten Tejwani’s playful banter during the Bigg Boss 11 was not only loved by the audience, but host Salman Khan also liked their cute chemistry inside the house. If you’re a regular follower of Bigg Boss season 11, then you must remember how host Salman made Hiten and Arshi sit on the love couch (the lips shaped couch) instead of the couple Puneesh Sharma and Bandgi Kalra. Arshi never spared an opportunity to tease Hiten Tejwani, who is already married to TV actress Gauri Pradhan and is a father of two kids.

The recent buzz is saying that Arshi Khan and Hiten Tejwani are coming together once again to perform at the Bigg Boss 11 Grand Finale, which is scheduled to be aired on January 14. According to the rumour mills, the cute Jodi will be performing on a romantic number. The duo is currently rehearsing for their finale act at a Mumbai studio. 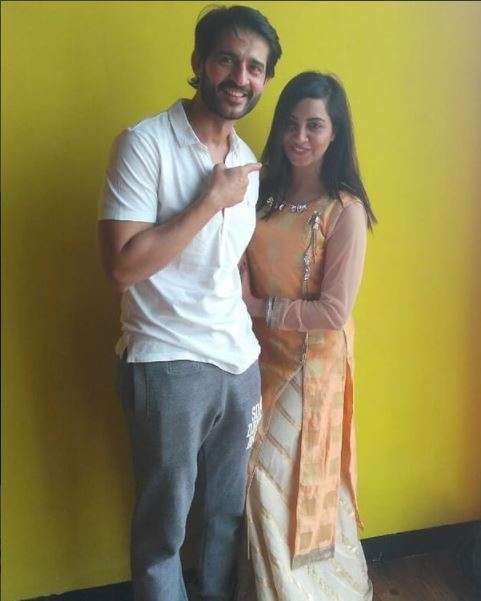 On a related note, Arshi Khan was recently spotted hanging out with evicted contestants Luv Tyagi and Bandgi Kalra. On the other hand, Hiten Tejwani left for Pondicherry with family to celebrate New Year.

After coming out of the house, Arshi Khan lashed out at her arch nemesis Hina Khan in an interview. She said, “She thinks very highly of herself and has this attitude that we all are losers in front of her. She used to always boast about herself of wearing branded clothes and working in the industry for 8 years. I think usko toh dhakke maar ke show se bahar nikal dena chahiye... but unfortunately she will make it to the finale. She is playing a very dirty game. Hina used to take 3 hours to get ready during weekend ka vaar and wore all rented. Imagine she came with so much planning."

Arshi Khan is also back in the show for two days to conduct a task for mid-week elimination. In the task, the housemates have to be mean towards their inmates and the meanest of all will win the task.