Shraddha Kapoor rang into her 32nd birthday celebrating with co-star Sushant Singh Rajput and other ‘Chhichhores’.

Shraddha Kapoor rang into her 32nd birthday celebrating with smiling faces 35,000 feet above ground and ended it on an equally high note. The actress returned from London on Sunday where she was shooting for her next film ABCD 3 and went straight to the sets of her another film Chhichhore. The actress got a warm welcome on the sets of the film and even celebrated her birthday with co-star Sushant Singh Rajput and other ‘Chhichhores’.

Shraddha loaded her Instagram stories with moments of how she celebrated her birthday on Sunday and it definitely looked like everyone around her tried to make her the most special one for the actress. Dressed in a blue coloured top and a mustard coloured pant, Shraddha looked stunning as she cut multiple cakes on the sets of her film Chhichhore. She was surrounded by the cast and crew of the film including actor Sushant Singh Rajput and filmmaker Nitesh Tiwari. Watch the video here-

Not just the video but Shraddha Kapoor shared a number of pictures from her birthday celebrations on the Instagram. In one picture, she is seen sharing cake with Sushant and in another, the actress is seen having a laugh with the director. Shraddha Kapoor is flooded with movies these days. The actress already gave two hit films in 2018 and this year looks even more promising with Saina Nehwal’s biopic and Chhichhore in her kitty. Have a look at the pictures here- 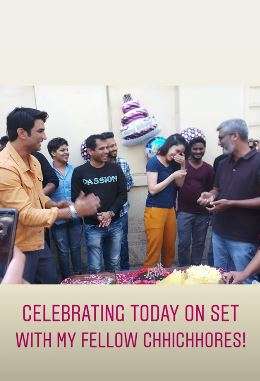 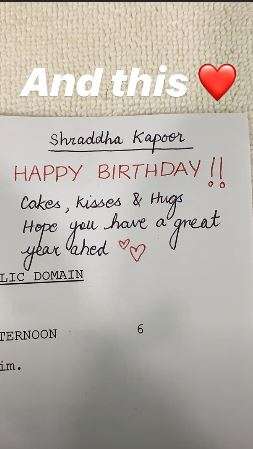 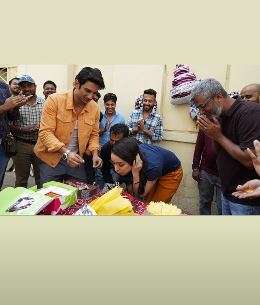 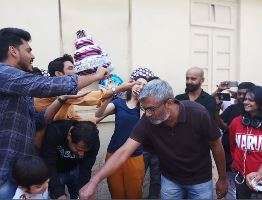 The makers of Shraddha’s another film Saaho also released an action-packed teaser of the film on her birthday as a gift. Taking to Twitter, the official handle of UV creations shared Shades of Saaho Chapter 2 with a caption that read, "Wishing the leading lady of #Saaho @ShraddhaKapoor a very Happy Birthday! Here’s presenting Chapter 2 of #ShadesOfSaaho showcasing guns and goons!”