Sara Ali Khan is definitely the celebrity of the month with two big releases in the month of December. While fans can’t wait to see her on the silver screen in her debut movie Kedarnath, her next film opposite Ranveer Singh, Simmba, has kept the viewers on their toes. Even before her first film, Sara Ali Khan has become a household name just like her little brother Taimur Ali Khan. There is no denying that the little munchkin of the Pataudi family is the most popular star kid and paparazzi is just crazy about him. He has such a fan following that Taimur dolls are even available in the market. Recently, when arrived on the sets of a reality show to promote her film Kedarnath, she was gifted with an adorable Taimur doll.

Sara Ali Khan along with her co-star Sushant Singh Rajput appeared on singing reality show Sa Re Ga Ma Pa when she received a cute Taimur doll that has already broken the internet. While the doll itself garnered much praise but what interested us the most was Sara Ali Khan’s warm reaction to it. She received the doll with the utmost love and hugged it the moment she received it. Even when she came down from the stage, she wouldn’t let go of it. Isn’t that adorable? Check out her pictures here- 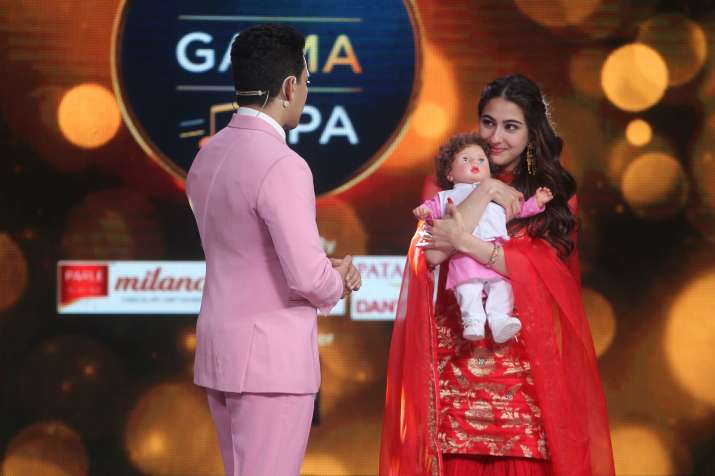 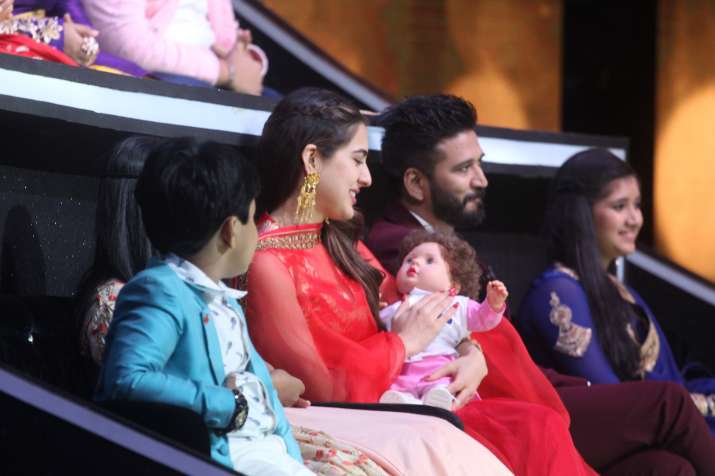 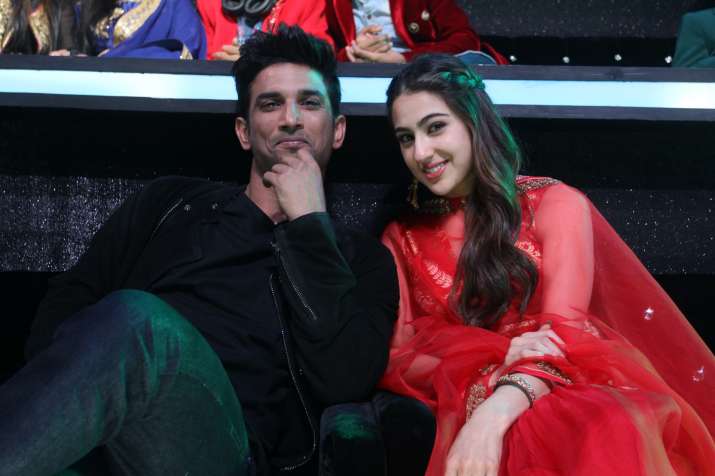 Not just Sara, but father Saif Ali Khan also revealed that he wanted one when he came to know about the Taimur doll. These dolls became a rage in no time on the internet and netizens were in love with it. Mother Kareena Kapoor Khan also commented on the doll and told Mumbai Mirror, “Taimur can’t run away from his popularity and neither can his parents. When I saw the doll, I wondered what was I supposed to say. But Saif pointed out that it is because people love him so much and such things are a blessing for him. There is so much genuine warmth for our son that it’s bad to stop people from clicking his pictures or making his dolls.” Well, God bless this beautiful family. On the other hand, Sara Ali Khan will be making her big Bollywood debut with Kedarnath on December 7. She will also be seen in Rohit Shetty’s action-drama which will hit the theaters on 28 December 2018.