The Apple patent suggests that the future iPhone could come with a large OLED screen that could be portable to a smaller screen.

With a lot of hype around the foldable tech catching up, Apple has applied for a patent for a foldable display and a hinge that could be seen on the future iPhone. This happens to be a continuation of a patent that was originally filed in 2011 which later got updated in 2016 with a drawing of a probable iPhone with a flexible display.

Samsung Galaxy Buds tipped in black colour, likely to get a smaller battery than Gear IconX(2018)

This could be interesting as Samsung could most likely introduce a foldable phone on 20th February along with the Galaxy S10. The drawing of the phone shows a foldable device that hints to a flip like design with an OLED display. Samsung and Xiaomi have already teased their foldable device earlier that are expected to launch soon.

The patent has been filed with the United States Patent and Trademark Office (USPTO) that was published on 14th February 2019. It suggests that the phone could come with a large OLED screen that could be portable to a smaller screen, but considering the patent, looks like Apple could soon come up with a foldable iPhone in near future. 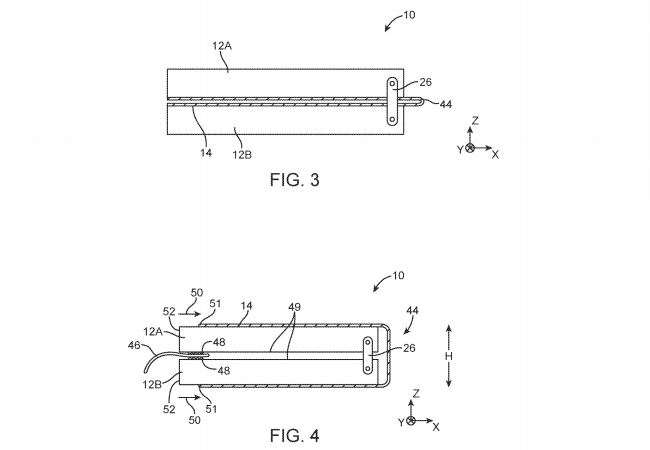 With Samsung and Xiaomi that have already teased their foldable phones, Huawei, Oppo, Motorola and Vivo are all inline to launch the foldable phone in 2019. If reports are to be true, Apple could possibly be working with LG to develop the foldable OLED smartphone.