ENG vs PAK: After Virat Kohli and Steve Smith, can Babar Azam find his moment in the English sun?

The only other batsman who has garnered as much attention across formats as the Fab Four is Babar. And since 2018, Babar has outdone them all. No other batsman, in the last two years, with more than 500 runs, averages more than Babar's 65.5.

Thousands of cricketers have batted in English conditions and only 13 of them average more than 45 (minimum 1000 runs) in England, the tally showing a significant decline from the tally of 52 batsmen who have a career average in the same range (minimum 4000 runs). The sole difference stands in the manner the lateral movement, especially against the new cherry. Ask Virat Kohli. It took him four years to master the high degree of swing and seam movement that English pitches offer.

England vs Pakistan | A drawn Test series would be as big as victory: Shahid Afridi

Naseem Shah, Shaheen Afridi can be the new Wasim and Waqar for Pakistan: Vaughan

Despite the promise he offered, the matches he won, the records he broke and the unending Sachin comparison, that one blip in his career was always was critics and analysts picked up in rating him amongst the best. That 2014 tour of England nullified almost every achievement that Kohli managed before and henceforth. And even as he improved immensely as a batsman, the world was waiting for his next England tour. Four years since that horrifying tour, Kohli returned to England, in an emphatic manner, with an authoritative 149 at Edgbaston. Thus began the summer of Kohli. He finished with 539 runs in the four-match Test series. And even while India lost the contest, Kohli's astounding batting figures were enough to place him among the batting greats of all time. 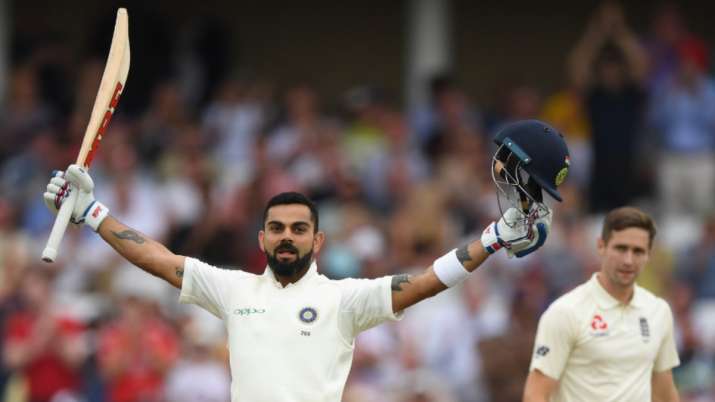 Exactly a year later, England and world cricket witnessed another summer of a modern-era great as Steve Smith carved out a sensational and awe-inspiring 774 in the Ashes in what was then hailed as his "redemption series".

The only other batsman who has garnered as much attention across formats as the Fab Four is Babar. And since 2018, Babar has outdone them all. No other batsman, in the last two years, with more than 500 runs, averages more than Babar's 65.5. Kohli averages 53, Smith 59, Joe Root 40 and Kane Williamson 52. Even his strike rate of 63.18 places him above the Fab Four.

For Babar, the talk has mostly centered around his elegant cover drives, off the front foot and off his hips, one aptly described by Tom Moody during a podcast on Pitchside Experts.

“If you think Virat Kohli is good to watch, have a look at Babar Azam,” says Tom Moody, the former Australia cricketer turned coach. “Gosh, he is something special.”

The strike rate meanwhile shows his ability to read the length and time his strokes, besides keeping the scoreboard ticking with his ability to rotate the strike more often. And this '63.18' includes that dominating innings against Dale Steyn in January 2019 where he scored 10 boundaries in 31 deliveries against the legendary pacer and clobbered five more in 29 balls in the next Test. The only other batsman to have dominated Steyn in a similar fashion and with astute finesse has been Kevin Pietersen.

The next instance, and probably what stands as an epitome of his elegance at the crease has been his display Down Under against the ruthless Australian attack. Babar hit 104 at the Gabba off 173 balls and 97 off 132 balls at the Adelaide Oval to finish the two-match series at an average of 50 and a strike rate of 65. It was these back-to-back knocks that left many veterans pondering about renaming the Fab Four to "Famous Five" or probably replace Root with the youngster given the England skipper's lean form since 2018.

"Experts of the game are talking about it but I know he is not thinking about these comparisons and is just hungry for runs. If he continues that he will be up there for quite a long time," said Pakistan skipper Azhar Ali said on the eve of the Manchester opener comparing Babar to Kohli and Smith.

"His performance has improved massively in Tests over the last year or so. When people started thinking that he is a white-ball specialist, he took that as a challenge and began playing with a lot of freedom and flair," Azhar added.

After having played and survived two tough conditions and two threatening bowling attacks, Babar now heads to tick off that final box.

This will not be the first time that he will be playing in English conditions. Back in 2018, he had scored a gritty 68 off 120 deliveries in the opening Test before getting injured on his arm by a fatal delivery from Ben Stokes. But the innings did reflect his abilities from the fewer false shots it included.

One might argue that his Brisbane century is the only hundred he scored outside Asia from his tally of 5 centuries he managed since 2018. But the one factor that truly stands out in his career has been adaptability and willingness to improve. Not many players in the modern era have been able to manage all three formats of the game on an equal level. Like the Fab Four, Babar has mostly anchored the innings at the top of the order while keeping he scoreboard running and in the T20Is, despite the high demand of hard-hitting players, he has stuck with his techniques which has placed him at the top of the ICC T20I rankings.

It may still be a lot to ask from a 25-year-old batsman, especially against the Dukes and against an in-form pace attack, but Babar truly stands only this performance away from joining that elite group. How about  "Famous Five" as Alan Wilkins had suggested?