Heavy rains lashed Delhi-NCR region including Noida, Gurugram on Sunday morning, causing severe water-logging in many parts of the city. The national capital received its first spell of heavy rains that led to waterlogging in low-lying areas and brought traffic to a standstill at key stretches in the city. According to the Delhi Traffic Police, jams were reported from Azadpur to Mukarba Chowk, Yashwant Place to Ashoka Road, at Ring Road, Bhairon Road, and near Mundka metro station due to heavy waterlogging.

The India Meteorological Department (IMD) said the Safdarjung Observatory, which provides representative figures for the city, recorded 74.8 mm rainfall till 8:30 am. As several key roads witnessed waterlogging, the Delhi Traffic Police has issued a list of waterlogged roads/areas. Take a look. 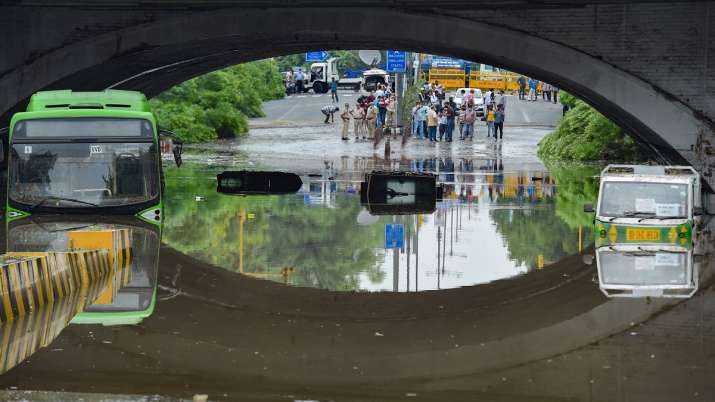 Traffic in the National Capital has also been disrupted at many places as trees at various places fell down due to early morning thunderstorms, heavy downpour.