Salman Khan starrer Race 3 which released on Eid has been leaked on Facebook. Social media users have uploaded the theatre-dubbing print and at some places HD print too, on Facebook, which is now being shared by many groups. Despite being panned by critics, Race 3 has set cash registers ringing. It has entered the coveted Rs 100 crore club in just three days but the online leak is sure to hamper its business. 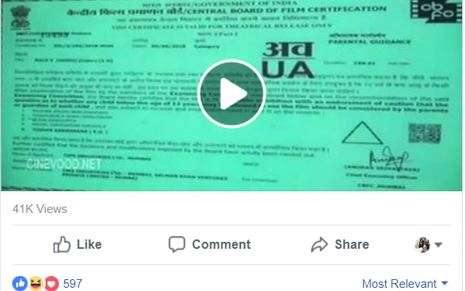 On a related note, Salman will next be seen in Ali Abbas Zafar's Bharat. It also stars Priyanka Chopra and Disha Patani. The director-actor duo has earlier collaborated for Sultan and Tiger Zinda Hai.