Kareena Kapoor Khan and Akshay Kumar's Good News is slated to release on September 6 this year.

Good News co-stars Akshay Kumar and Kareena Kapoor Khan were spotted in post wrapping the shoot. The actors who are playing married couple trying for a baby in  Raj Mehta directorial. Akshay took to Instagram to announce that it's a wrap. He shared a video in which Akshay, Kareena, Kiara Advani and Diljit Dosanjh are making siren sound. He captioned the video, ''Practicing the sound of #GoodNews arriving until then it’s a wrap Due date 6th September 2019!''

Kareena and Akshay who have worked in several movies including Tashan, Aitraaz and Kambakkht Ishq were spotted smiling ear-to-ear. While Bebo was slaying denim, Akshay stunned in black t-shirt. The Kesari actor also enjoyed scooty ride. Check out pictures below: 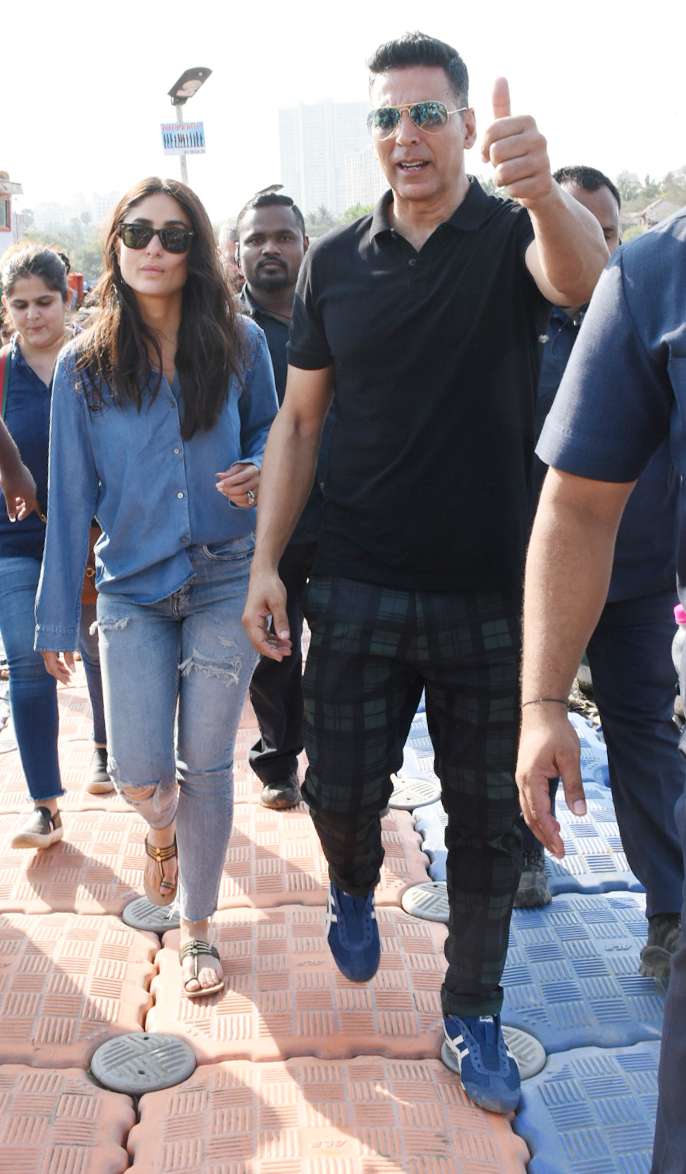 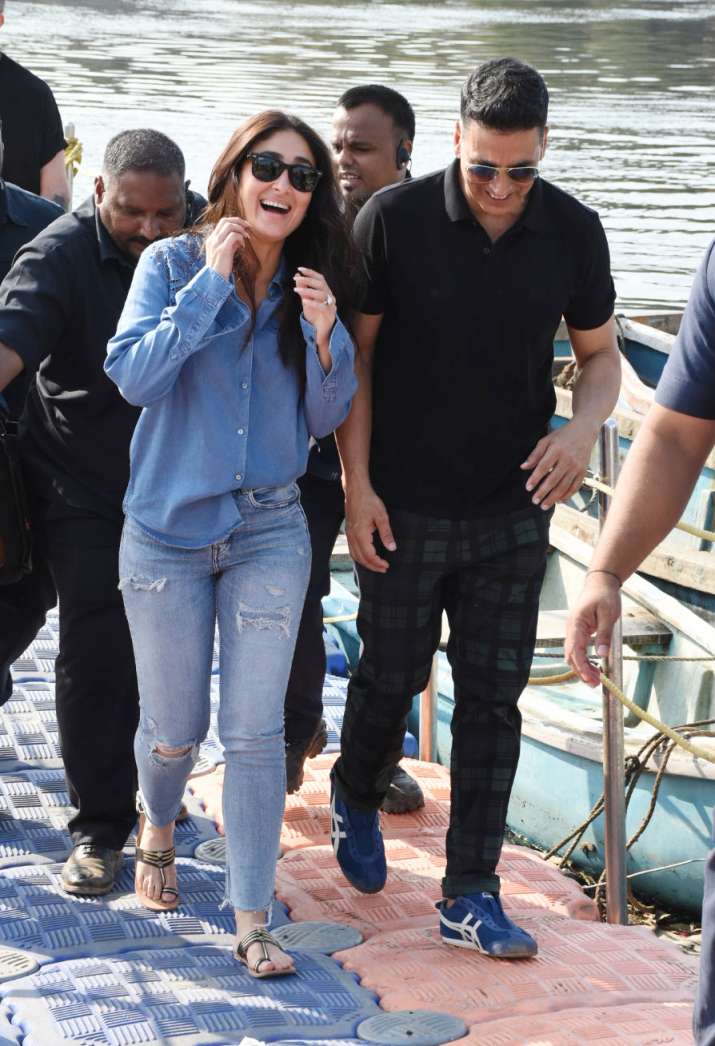 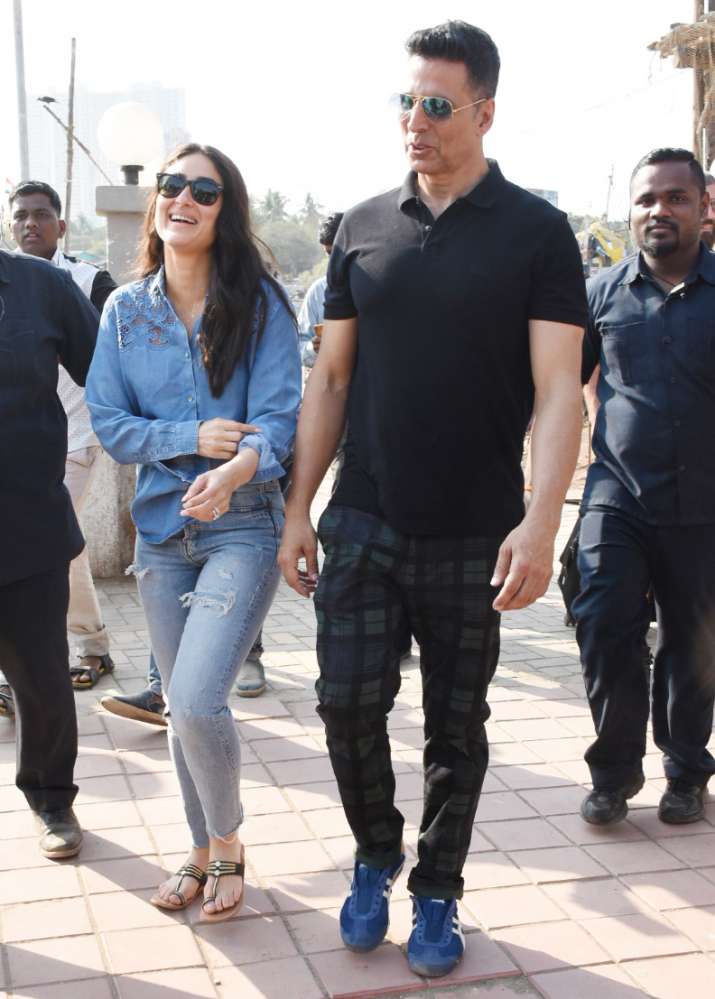 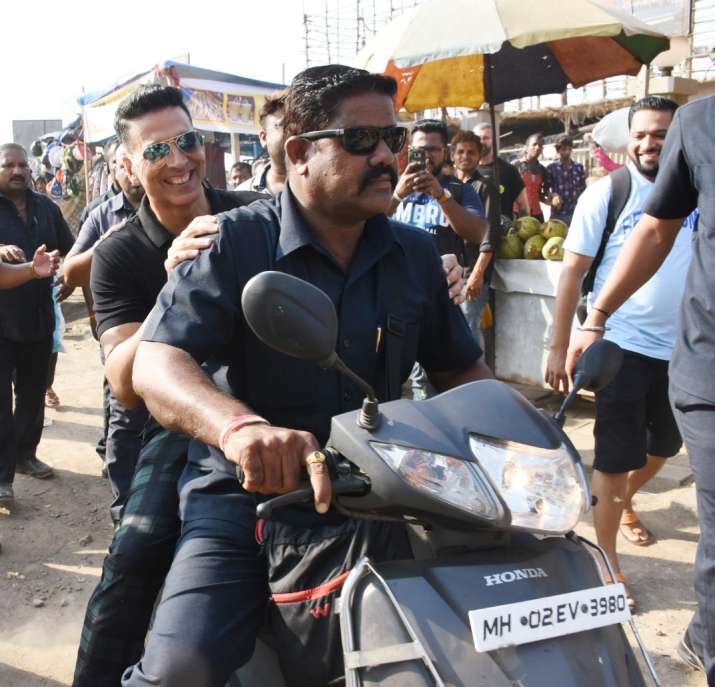 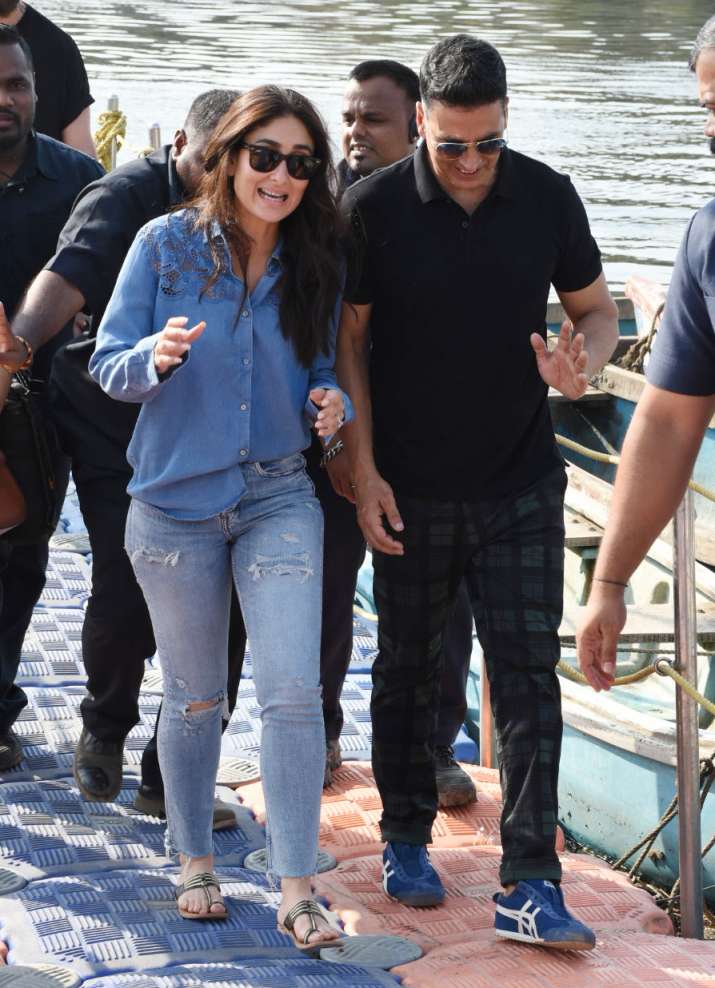 In a recent interview with IANS, Akshay Kumar shared his experience of reuniting with Kareena and working with Diljit for the first time: "Working with Bebo (Kareena) is always fun but Diljit and I get along like a house on fire, if I were to say so myself. Our Punjabi connect is amazing and I think it will show brilliantly on-screen."

Talking about her character in Good News, Kareena had said, “Hopefully it'll be a part which will be remembered because it's socially relevant. It's a strong character. The best part is it'll be completely different than what I did in 'Kabhi Khushi Kabhie Gham' as Poo.”

On a related note, the stars will be grooving to the recreated version of Sukhbir's 1999 pop hit Sauda Khara Khara which had Bipasha Basu and Dino Morea. The remixed version has been composed by DJ Chetas.

Meanwhile, Akshay is basking in the success of his last release Kesari, co-starring Parineeti Chopra. Kareena, on the other hand, was last seen in Veerey Di Wedding.