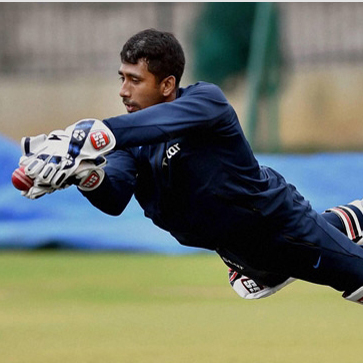 Broke into the Test arena after the retirement of mercurial MS Dhoni, Wriddhiman Saha has emerged as India's first-choice wicketkeeper when it comes to cricket's most traditional format. The retirement of Dhoni from Test cricket after the Boxing Day Test against Australia in Melbourne in 2014 opened the gates for the Siliguri-born who had long been considered as the understudy of the former. In his short international career, Saha has not only impressed the commoners but also the critics with his quick reflexes and acrobatic wicket-keeping skills. It is true that he has established himself more as a keeper than as a batsman in Team India. For many, his athleticism behind the stumps against fast-bowlers has not been seen in an Indian keeper in living memory. With limited batting abilities, the 33-year old batsman has learned to play within his boundaries and has achieved success on that front. In the cash-rich Indian Premier League, Saha was signed by Chennai Super Kings prior to the 2011 season after being a part of the Kolkata Knight Riders side in the first three editions. But, the diminutive keeper found his calling with Kings XI Punjab when he bludgeoned his way to a hundred in the final of the 2014 edition, and proved his worth with the blade in the shortest format. In this year's player auction, Saha was picked up by Sunrisers Hyderabad for INR 5 crores.

Have asked Rishabh Pant to try a few things while keeping: Wriddhiman Saha

Will be fine if team decides Rishabh Pant will play as I want India to win: Wriddhiman Saha

Our guys know how to get Cheteshwar Pujara out, says Wriddhiman Saha